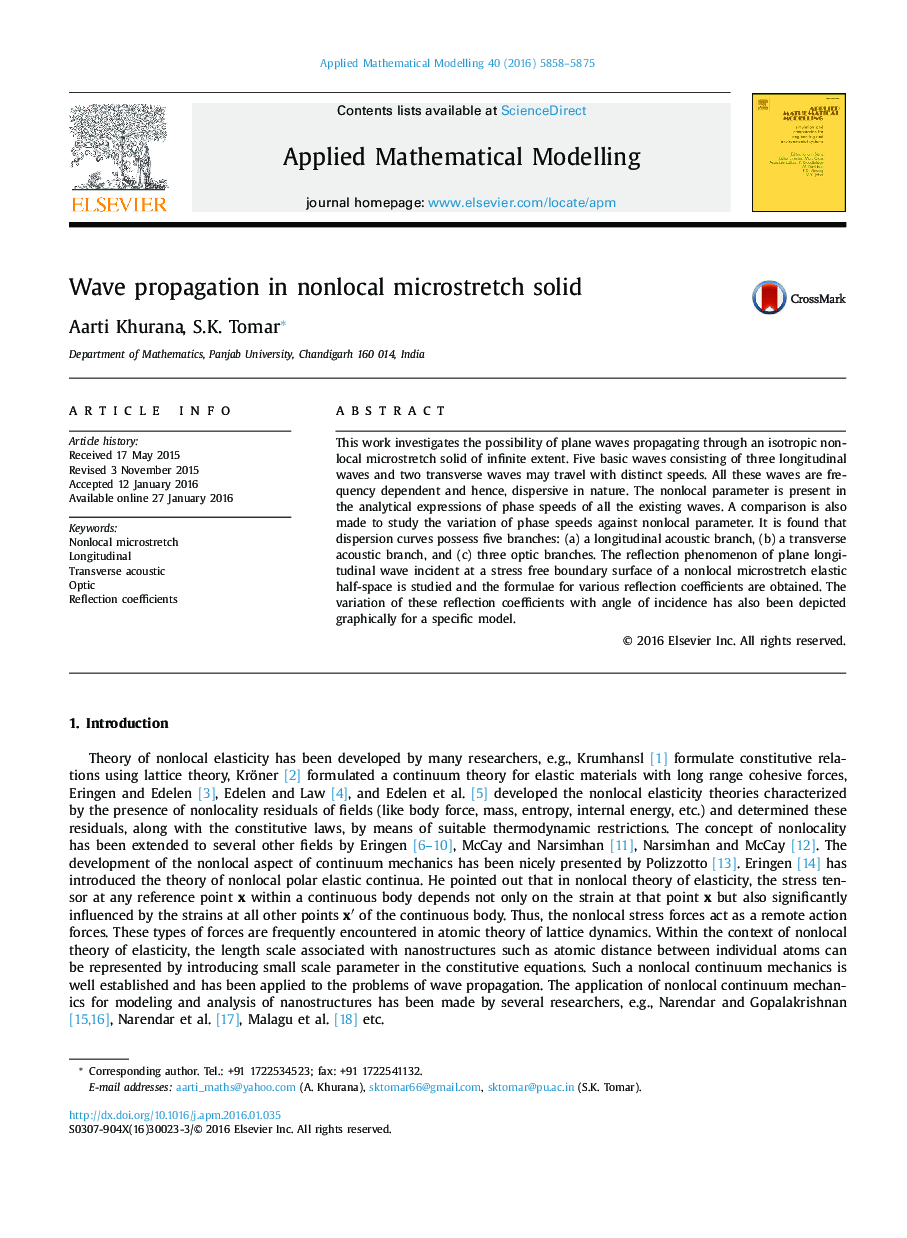 • Governing equations for nonlocal microstretch elastic medium are developed.
• Three longitudinal waves and two transverse waves may travel in the medium.
• All these waves are dispersive in nature and influenced by the nonlocality.
• There are five branches of acoustic and optic modes.
• Reflection of plane longitudinal wave from stress free surface has been studied.

This work investigates the possibility of plane waves propagating through an isotropic nonlocal microstretch solid of infinite extent. Five basic waves consisting of three longitudinal waves and two transverse waves may travel with distinct speeds. All these waves are frequency dependent and hence, dispersive in nature. The nonlocal parameter is present in the analytical expressions of phase speeds of all the existing waves. A comparison is also made to study the variation of phase speeds against nonlocal parameter. It is found that dispersion curves possess five branches: (a) a longitudinal acoustic branch, (b) a transverse acoustic branch, and (c) three optic branches. The reflection phenomenon of plane longitudinal wave incident at a stress free boundary surface of a nonlocal microstretch elastic half-space is studied and the formulae for various reflection coefficients are obtained. The variation of these reflection coefficients with angle of incidence has also been depicted graphically for a specific model.