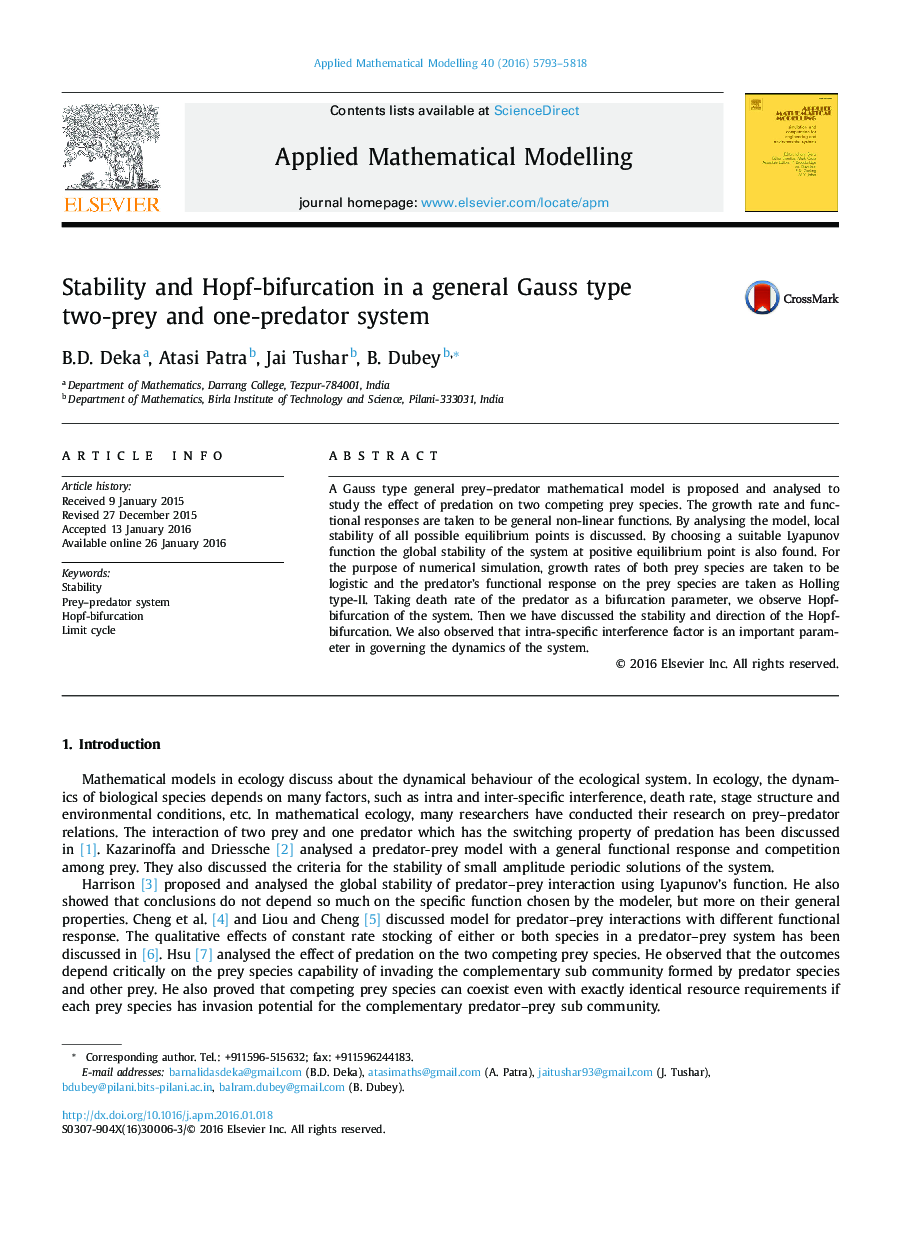 • Local and global stability behaviour of a Gauss type general two-prey and one-predator model.
• Stability and direction of Hopf-bifurcation is studied.
• The intra-specific interference coefficient of the predator plays an important role in governing the dynamics of the system.
• Numerical simulation experiments have been conducted to examine the behaviour of the system with different parameters.

A Gauss type general prey–predator mathematical model is proposed and analysed to study the effect of predation on two competing prey species. The growth rate and functional responses are taken to be general non-linear functions. By analysing the model, local stability of all possible equilibrium points is discussed. By choosing a suitable Lyapunov function the global stability of the system at positive equilibrium point is also found. For the purpose of numerical simulation, growth rates of both prey species are taken to be logistic and the predator's functional response on the prey species are taken as Holling type-II. Taking death rate of the predator as a bifurcation parameter, we observe Hopf-bifurcation of the system. Then we have discussed the stability and direction of the Hopf-bifurcation. We also observed that intra-specific interference factor is an important parameter in governing the dynamics of the system.