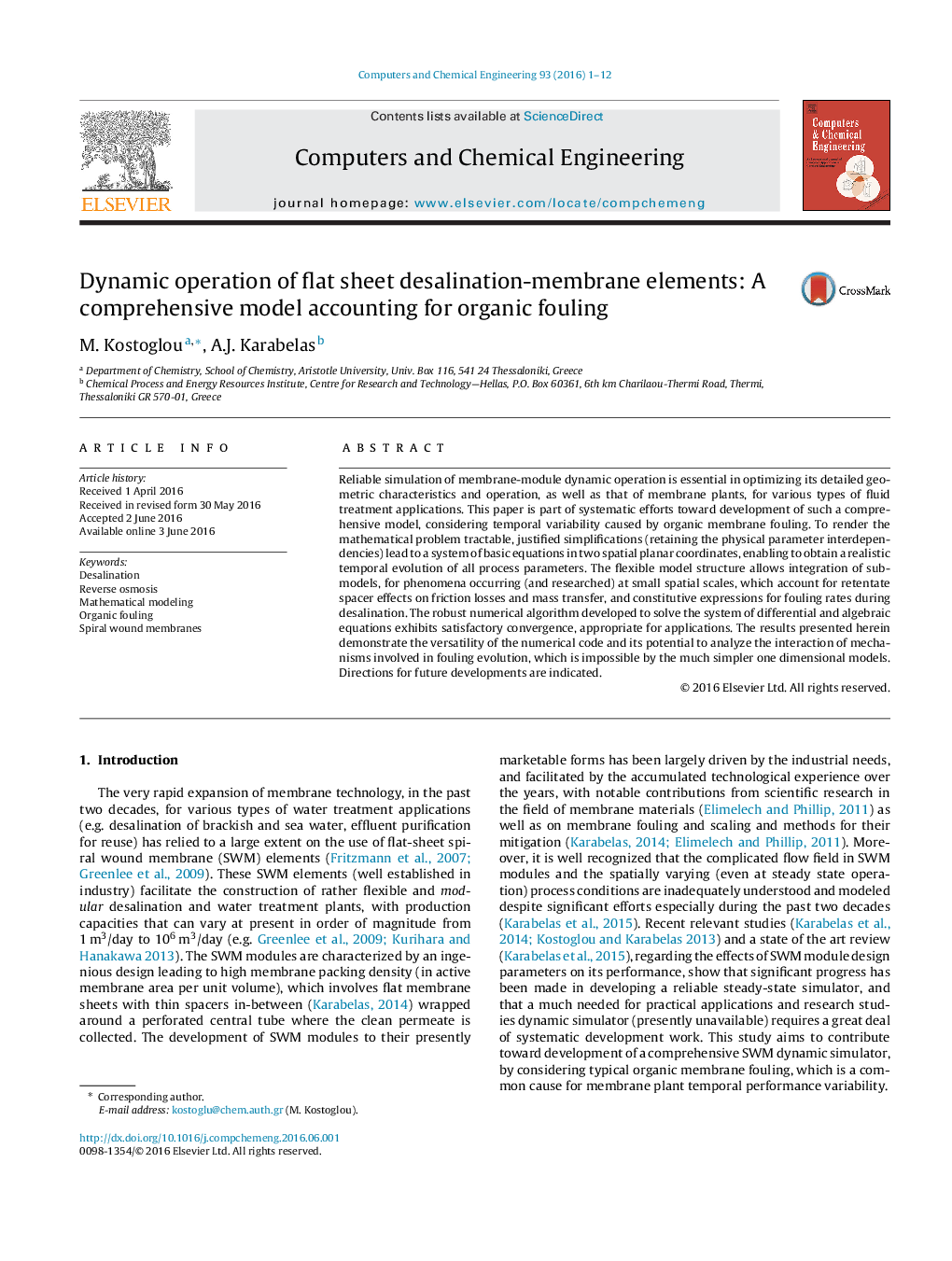 • Development of a generalized framework for desalination membrane operation modeling.
• Application of the modeling framework for the case of organic fouling.
• Submodels for deposit growth and its effect on transport phenomena are included.
• A robust numerical algorithm is developed and indicative results are presented.

Reliable simulation of membrane-module dynamic operation is essential in optimizing its detailed geometric characteristics and operation, as well as that of membrane plants, for various types of fluid treatment applications. This paper is part of systematic efforts toward development of such a comprehensive model, considering temporal variability caused by organic membrane fouling. To render the mathematical problem tractable, justified simplifications (retaining the physical parameter interdependencies) lead to a system of basic equations in two spatial planar coordinates, enabling to obtain a realistic temporal evolution of all process parameters. The flexible model structure allows integration of sub-models, for phenomena occurring (and researched) at small spatial scales, which account for retentate spacer effects on friction losses and mass transfer, and constitutive expressions for fouling rates during desalination. The robust numerical algorithm developed to solve the system of differential and algebraic equations exhibits satisfactory convergence, appropriate for applications. The results presented herein demonstrate the versatility of the numerical code and its potential to analyze the interaction of mechanisms involved in fouling evolution, which is impossible by the much simpler one dimensional models. Directions for future developments are indicated.