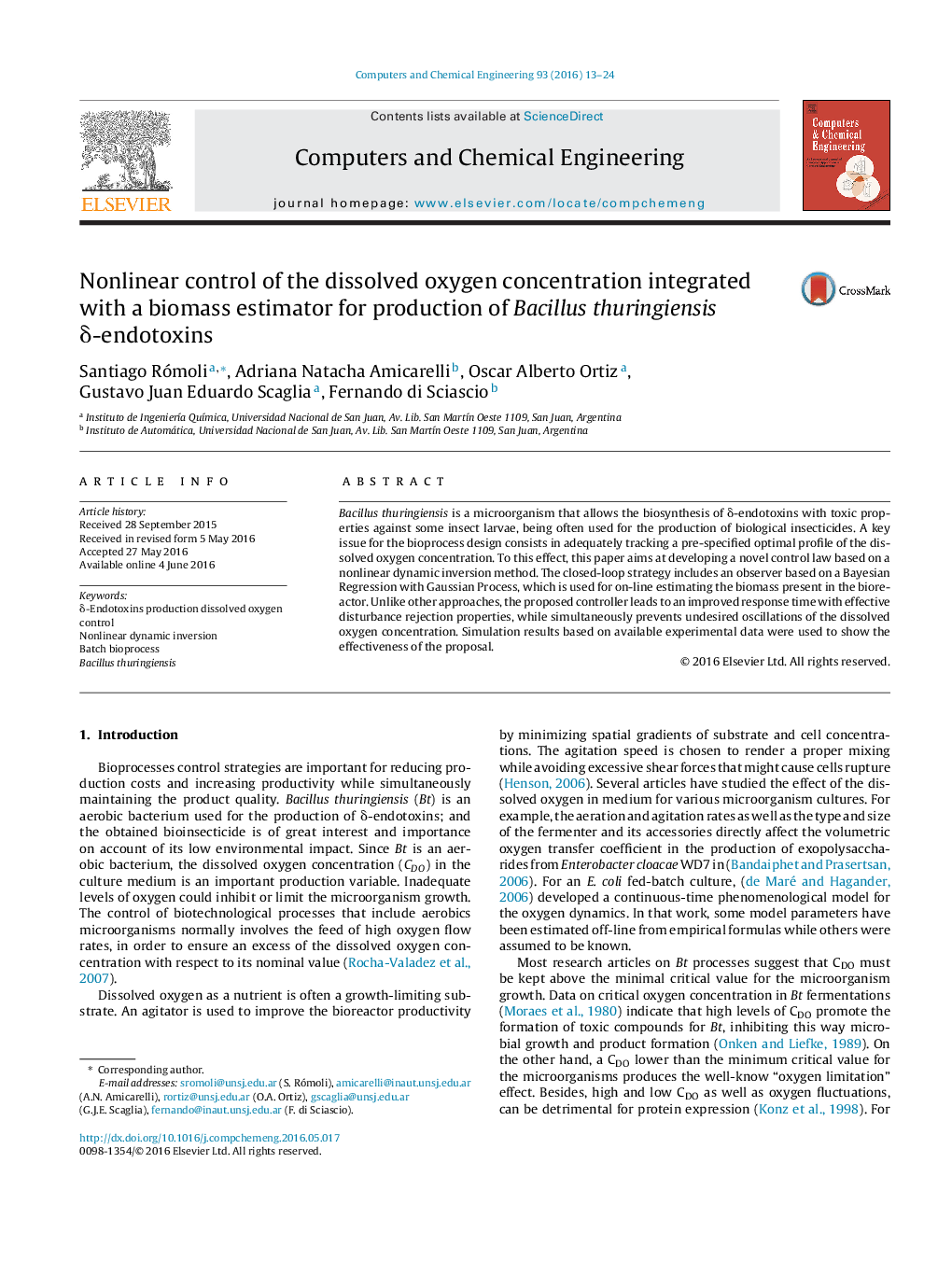 • Proposal of a new controller for tracking of the optimal concentration profile in a batch bioreactor.
• Application of One-Sided Monte Carlo Randomized Algorithm to verify the robustness of the proposed controller.
• Proposition of many test so as to demonstrate the robustness of this nonlinear systems with constraints.
• Advantage of using discrete equations in the present methodology.
• This new methodology can be applied to many nonlinear systems.

Bacillus thuringiensis is a microorganism that allows the biosynthesis of δ-endotoxins with toxic properties against some insect larvae, being often used for the production of biological insecticides. A key issue for the bioprocess design consists in adequately tracking a pre-specified optimal profile of the dissolved oxygen concentration. To this effect, this paper aims at developing a novel control law based on a nonlinear dynamic inversion method. The closed-loop strategy includes an observer based on a Bayesian Regression with Gaussian Process, which is used for on-line estimating the biomass present in the bioreactor. Unlike other approaches, the proposed controller leads to an improved response time with effective disturbance rejection properties, while simultaneously prevents undesired oscillations of the dissolved oxygen concentration. Simulation results based on available experimental data were used to show the effectiveness of the proposal.