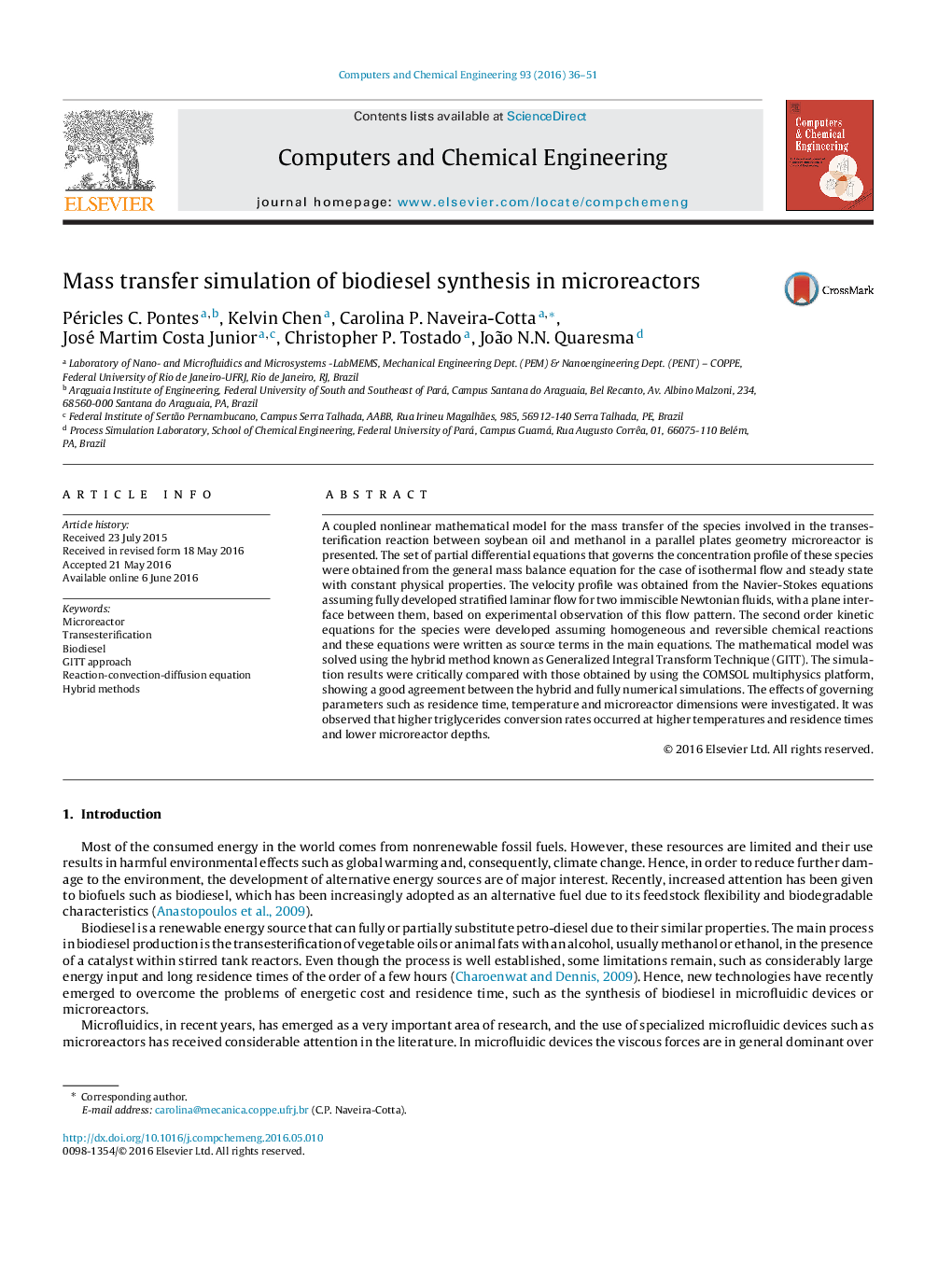 • A nonlinear coupled mathematical model for the transesterification reaction in parallel plates microreactors is proposed.
• The convective, diffusive and reactive effects are considered in the mass transfer model.
• The hybrid method Generalized Integral Transform Technique is employed in simulating the nonlinear PDE system.
• The COMSOL Multiphysics platform is also applied for comparison purposes.
• The influence of temperature, residence time and microreactor height in the triglyceride conversion is studied.

A coupled nonlinear mathematical model for the mass transfer of the species involved in the transesterification reaction between soybean oil and methanol in a parallel plates geometry microreactor is presented. The set of partial differential equations that governs the concentration profile of these species were obtained from the general mass balance equation for the case of isothermal flow and steady state with constant physical properties. The velocity profile was obtained from the Navier-Stokes equations assuming fully developed stratified laminar flow for two immiscible Newtonian fluids, with a plane interface between them, based on experimental observation of this flow pattern. The second order kinetic equations for the species were developed assuming homogeneous and reversible chemical reactions and these equations were written as source terms in the main equations. The mathematical model was solved using the hybrid method known as Generalized Integral Transform Technique (GITT). The simulation results were critically compared with those obtained by using the COMSOL multiphysics platform, showing a good agreement between the hybrid and fully numerical simulations. The effects of governing parameters such as residence time, temperature and microreactor dimensions were investigated. It was observed that higher triglycerides conversion rates occurred at higher temperatures and residence times and lower microreactor depths.