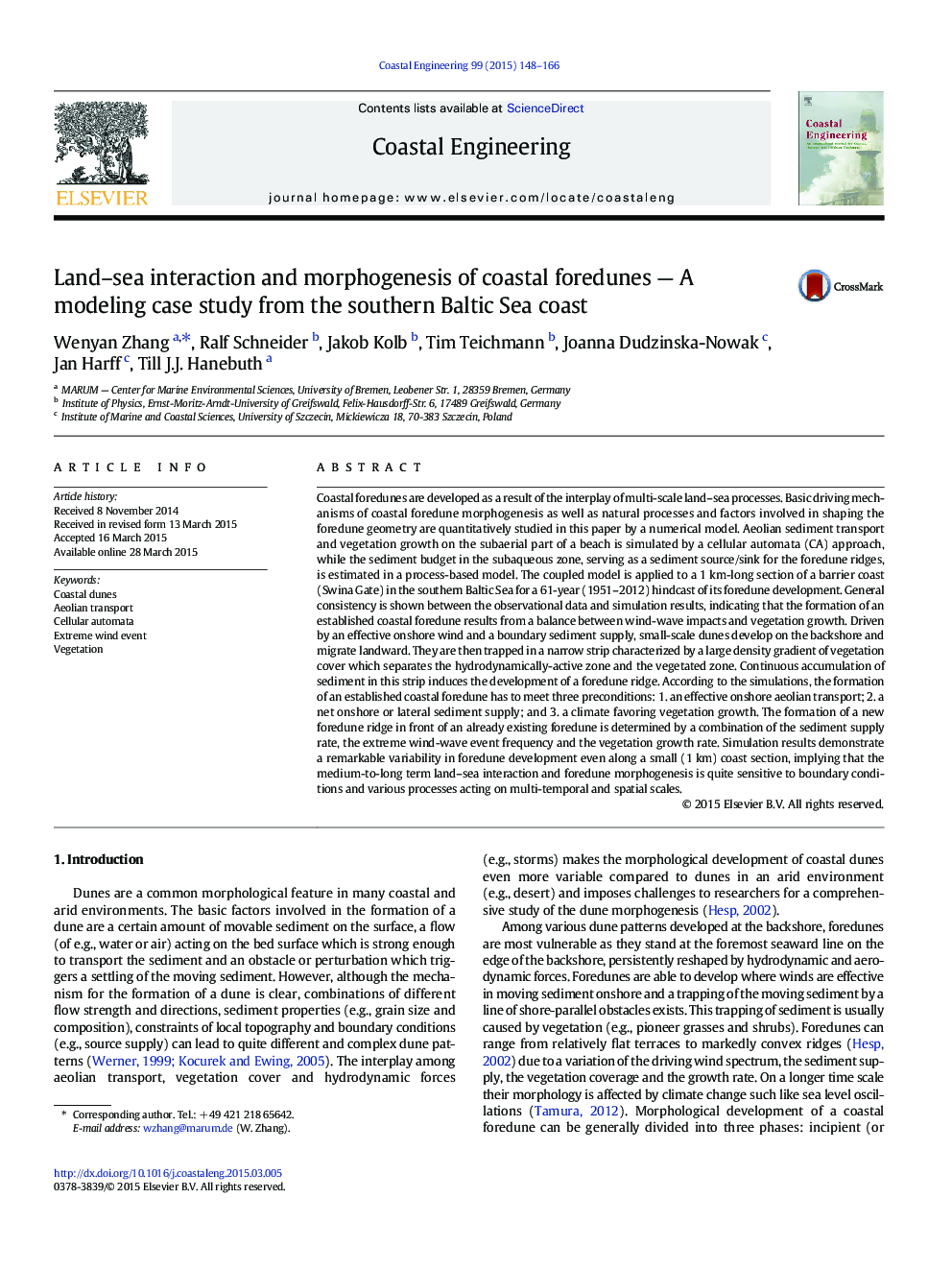 Coastal foredunes are developed as a result of the interplay of multi-scale land–sea processes. Basic driving mechanisms of coastal foredune morphogenesis as well as natural processes and factors involved in shaping the foredune geometry are quantitatively studied in this paper by a numerical model. Aeolian sediment transport and vegetation growth on the subaerial part of a beach is simulated by a cellular automata (CA) approach, while the sediment budget in the subaqueous zone, serving as a sediment source/sink for the foredune ridges, is estimated in a process-based model. The coupled model is applied to a 1 km-long section of a barrier coast (Swina Gate) in the southern Baltic Sea for a 61-year (1951–2012) hindcast of its foredune development. General consistency is shown between the observational data and simulation results, indicating that the formation of an established coastal foredune results from a balance between wind-wave impacts and vegetation growth. Driven by an effective onshore wind and a boundary sediment supply, small-scale dunes develop on the backshore and migrate landward. They are then trapped in a narrow strip characterized by a large density gradient of vegetation cover which separates the hydrodynamically-active zone and the vegetated zone. Continuous accumulation of sediment in this strip induces the development of a foredune ridge. According to the simulations, the formation of an established coastal foredune has to meet three preconditions: 1. an effective onshore aeolian transport; 2. a net onshore or lateral sediment supply; and 3. a climate favoring vegetation growth. The formation of a new foredune ridge in front of an already existing foredune is determined by a combination of the sediment supply rate, the extreme wind-wave event frequency and the vegetation growth rate. Simulation results demonstrate a remarkable variability in foredune development even along a small (1 km) coast section, implying that the medium-to-long term land–sea interaction and foredune morphogenesis is quite sensitive to boundary conditions and various processes acting on multi-temporal and spatial scales.