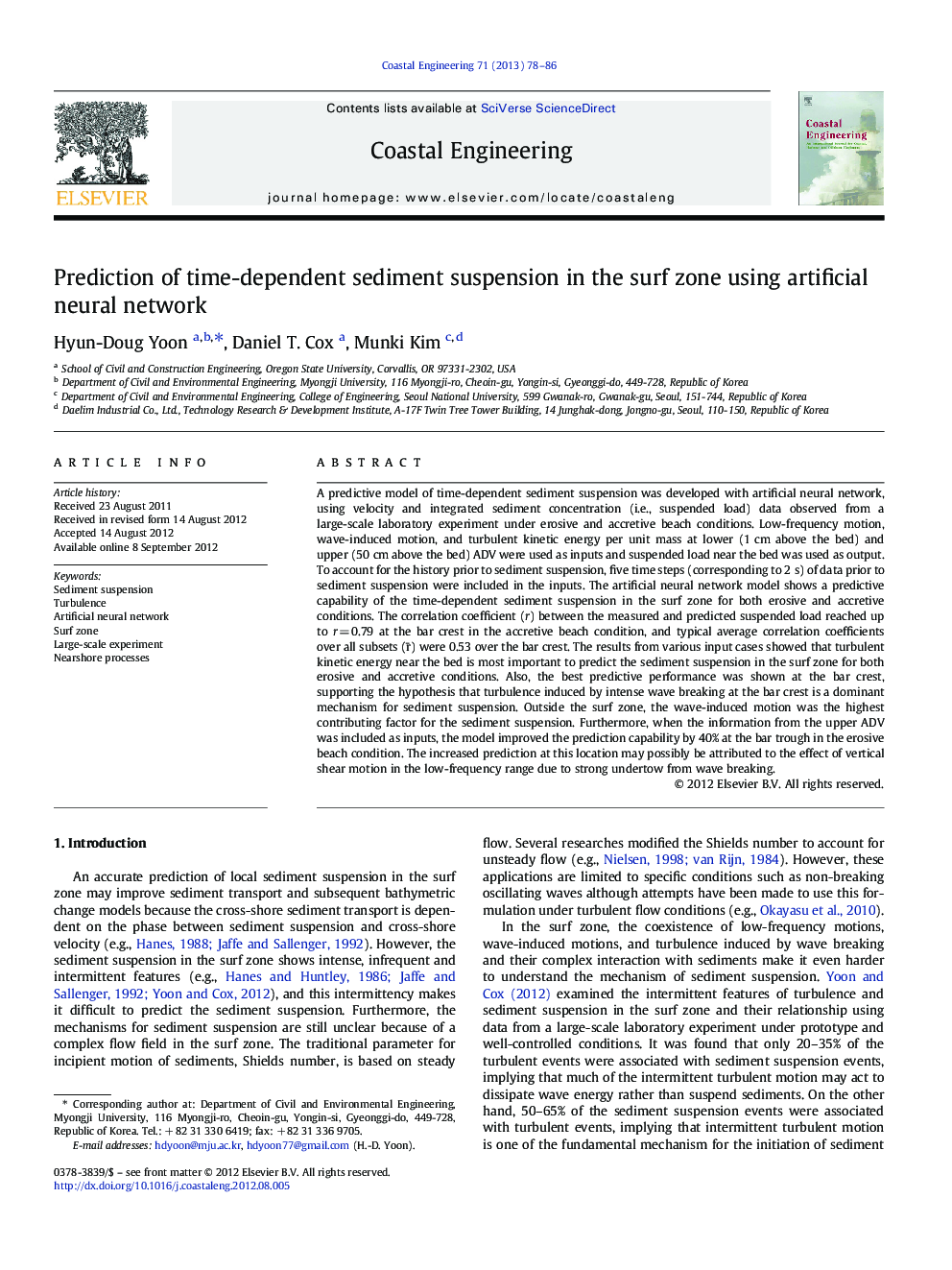 A predictive model of time-dependent sediment suspension was developed with artificial neural network, using velocity and integrated sediment concentration (i.e., suspended load) data observed from a large-scale laboratory experiment under erosive and accretive beach conditions. Low-frequency motion, wave-induced motion, and turbulent kinetic energy per unit mass at lower (1 cm above the bed) and upper (50 cm above the bed) ADV were used as inputs and suspended load near the bed was used as output. To account for the history prior to sediment suspension, five time steps (corresponding to 2 s) of data prior to sediment suspension were included in the inputs. The artificial neural network model shows a predictive capability of the time-dependent sediment suspension in the surf zone for both erosive and accretive conditions. The correlation coefficient (r) between the measured and predicted suspended load reached up to r = 0.79 at the bar crest in the accretive beach condition, and typical average correlation coefficients over all subsets (r̄) were 0.53 over the bar crest. The results from various input cases showed that turbulent kinetic energy near the bed is most important to predict the sediment suspension in the surf zone for both erosive and accretive conditions. Also, the best predictive performance was shown at the bar crest, supporting the hypothesis that turbulence induced by intense wave breaking at the bar crest is a dominant mechanism for sediment suspension. Outside the surf zone, the wave-induced motion was the highest contributing factor for the sediment suspension. Furthermore, when the information from the upper ADV was included as inputs, the model improved the prediction capability by 40% at the bar trough in the erosive beach condition. The increased prediction at this location may possibly be attributed to the effect of vertical shear motion in the low-frequency range due to strong undertow from wave breaking.