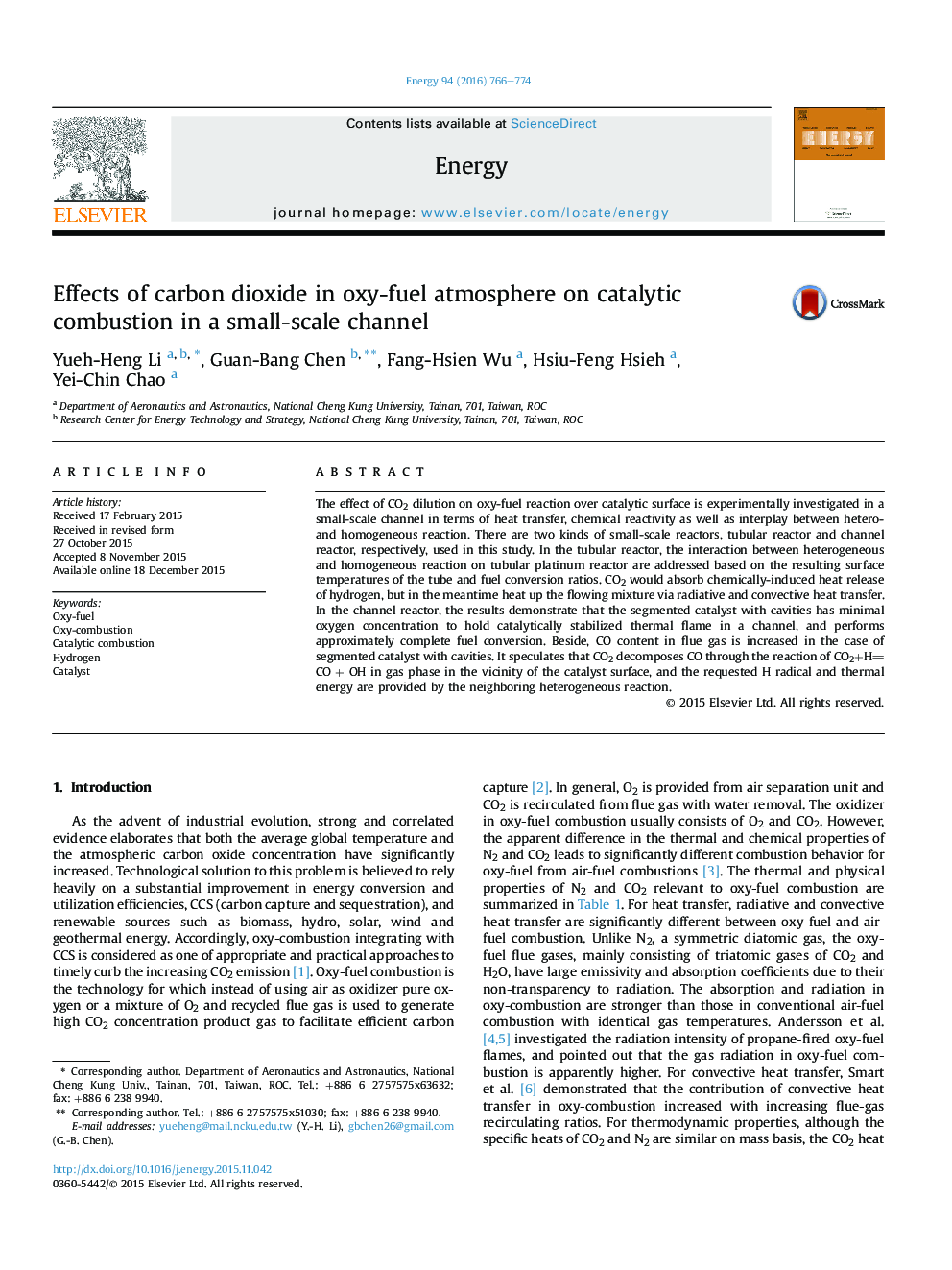 • The effect of CO2 dilution on oxy-fuel reaction over platinum is investigated.
• The catalyst can reduce required O2 content for oxy-fuel catalytic reaction.
• Segment catalysts and cavities can enhance the inception of homogeneous reaction.
• The thermal mechanisms of oxy-H2 combustion in two catalyst reactors are discussed.
• The mechanism of CO formation in oxy-H2 catalytic combustion is proposed.

The effect of CO2 dilution on oxy-fuel reaction over catalytic surface is experimentally investigated in a small-scale channel in terms of heat transfer, chemical reactivity as well as interplay between hetero- and homogeneous reaction. There are two kinds of small-scale reactors, tubular reactor and channel reactor, respectively, used in this study. In the tubular reactor, the interaction between heterogeneous and homogeneous reaction on tubular platinum reactor are addressed based on the resulting surface temperatures of the tube and fuel conversion ratios. CO2 would absorb chemically-induced heat release of hydrogen, but in the meantime heat up the flowing mixture via radiative and convective heat transfer. In the channel reactor, the results demonstrate that the segmented catalyst with cavities has minimal oxygen concentration to hold catalytically stabilized thermal flame in a channel, and performs approximately complete fuel conversion. Beside, CO content in flue gas is increased in the case of segmented catalyst with cavities. It speculates that CO2 decomposes CO through the reaction of CO2+HCO + OH in gas phase in the vicinity of the catalyst surface, and the requested H radical and thermal energy are provided by the neighboring heterogeneous reaction.