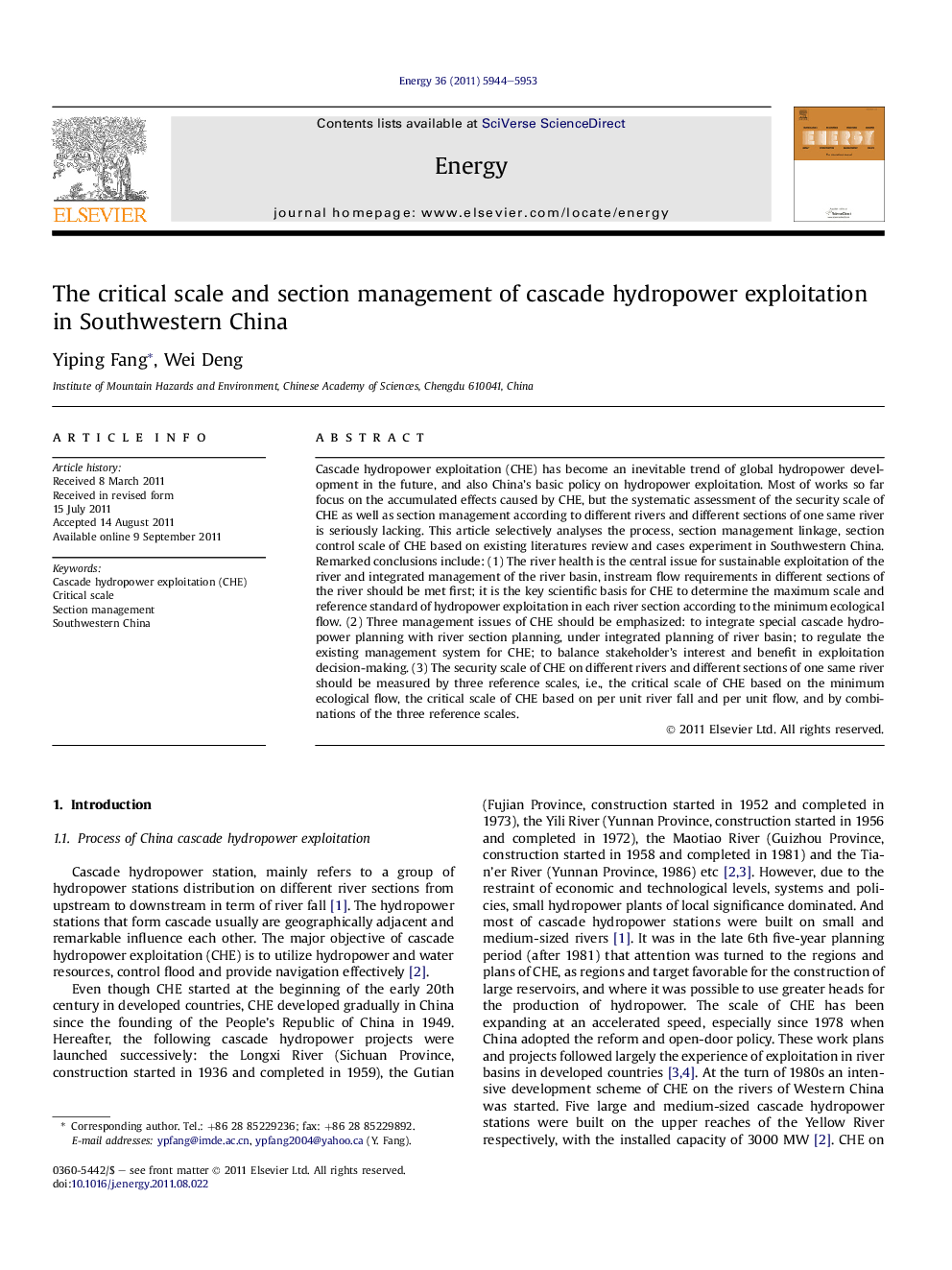 Cascade hydropower exploitation (CHE) has become an inevitable trend of global hydropower development in the future, and also China’s basic policy on hydropower exploitation. Most of works so far focus on the accumulated effects caused by CHE, but the systematic assessment of the security scale of CHE as well as section management according to different rivers and different sections of one same river is seriously lacking. This article selectively analyses the process, section management linkage, section control scale of CHE based on existing literatures review and cases experiment in Southwestern China. Remarked conclusions include: (1) The river health is the central issue for sustainable exploitation of the river and integrated management of the river basin, instream flow requirements in different sections of the river should be met first; it is the key scientific basis for CHE to determine the maximum scale and reference standard of hydropower exploitation in each river section according to the minimum ecological flow. (2) Three management issues of CHE should be emphasized: to integrate special cascade hydropower planning with river section planning, under integrated planning of river basin; to regulate the existing management system for CHE; to balance stakeholder’s interest and benefit in exploitation decision-making. (3) The security scale of CHE on different rivers and different sections of one same river should be measured by three reference scales, i.e., the critical scale of CHE based on the minimum ecological flow, the critical scale of CHE based on per unit river fall and per unit flow, and by combinations of the three reference scales.