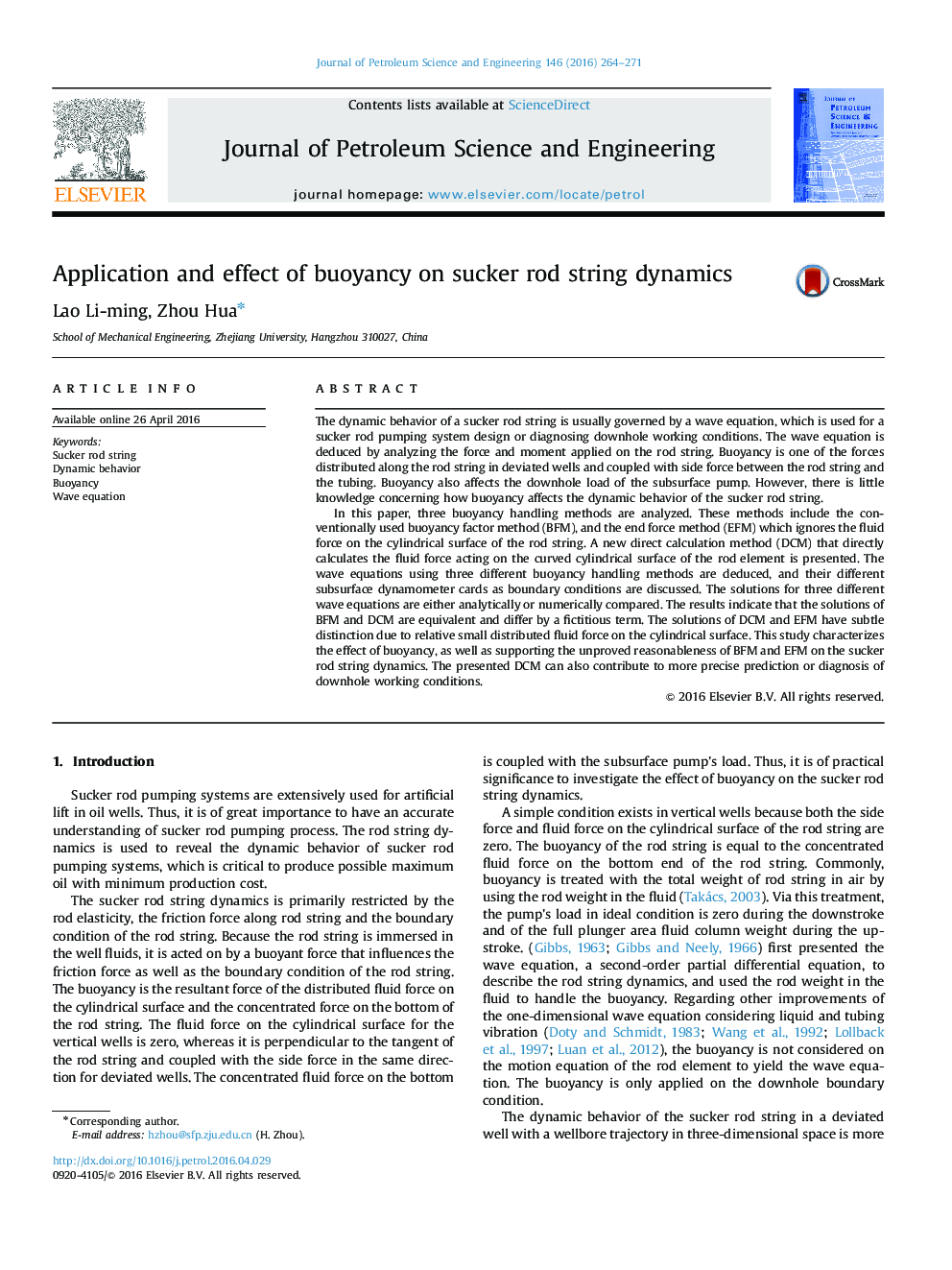 • A direct calculation method for fluid force on cylindrical face of curved rod sting.
• The wave equations considering three different buoyancy methods.
• Comparison of displacement, tension and pump dynamometer for the BFM and the DCM.
• Validation for ignoring the cylindrical fluid force on rod string dynamics.

The dynamic behavior of a sucker rod string is usually governed by a wave equation, which is used for a sucker rod pumping system design or diagnosing downhole working conditions. The wave equation is deduced by analyzing the force and moment applied on the rod string. Buoyancy is one of the forces distributed along the rod string in deviated wells and coupled with side force between the rod string and the tubing. Buoyancy also affects the downhole load of the subsurface pump. However, there is little knowledge concerning how buoyancy affects the dynamic behavior of the sucker rod string.In this paper, three buoyancy handling methods are analyzed. These methods include the conventionally used buoyancy factor method (BFM), and the end force method (EFM) which ignores the fluid force on the cylindrical surface of the rod string. A new direct calculation method (DCM) that directly calculates the fluid force acting on the curved cylindrical surface of the rod element is presented. The wave equations using three different buoyancy handling methods are deduced, and their different subsurface dynamometer cards as boundary conditions are discussed. The solutions for three different wave equations are either analytically or numerically compared. The results indicate that the solutions of BFM and DCM are equivalent and differ by a fictitious term. The solutions of DCM and EFM have subtle distinction due to relative small distributed fluid force on the cylindrical surface. This study characterizes the effect of buoyancy, as well as supporting the unproved reasonableness of BFM and EFM on the sucker rod string dynamics. The presented DCM can also contribute to more precise prediction or diagnosis of downhole working conditions.