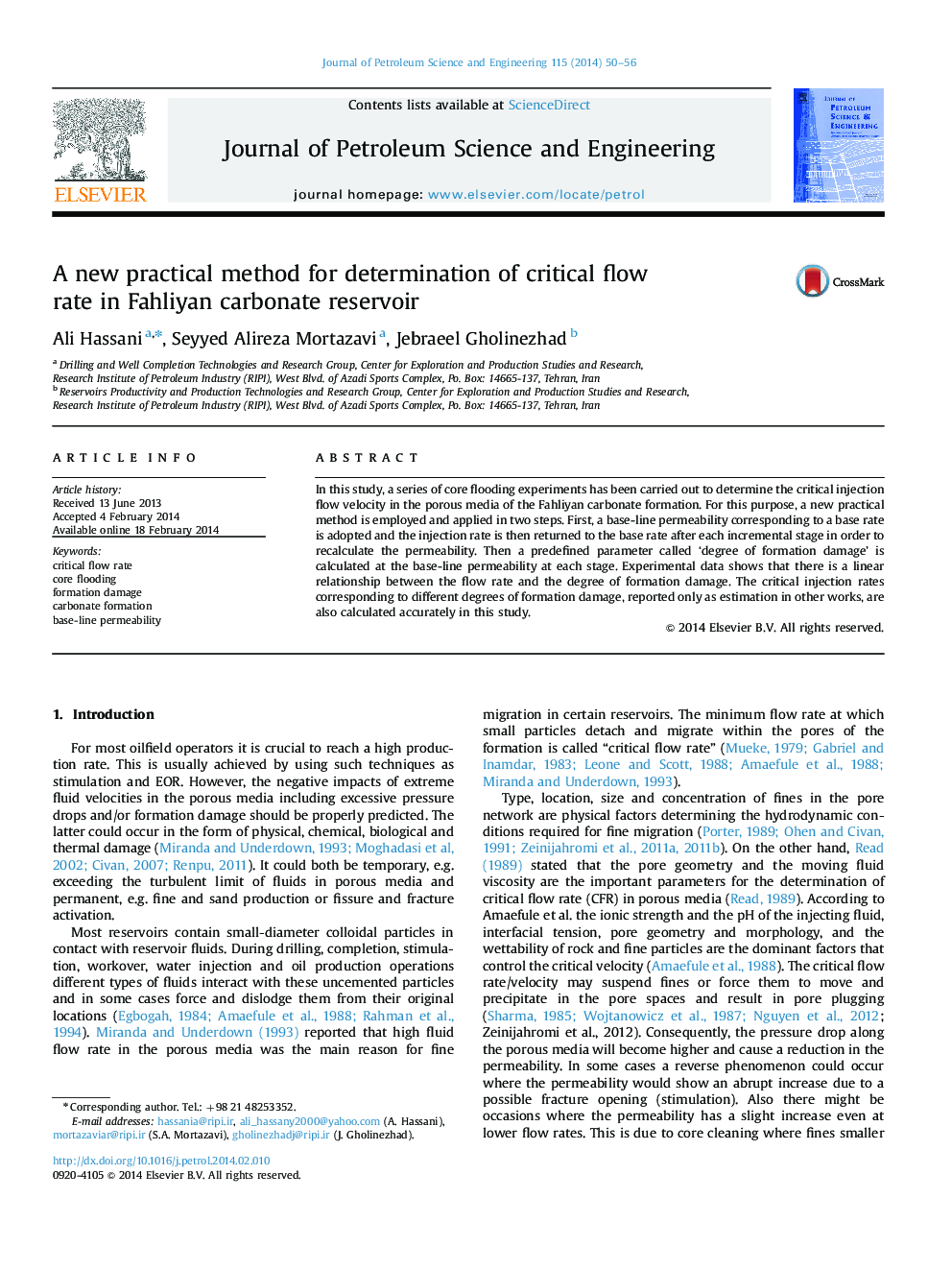 • A new method for quantifying the critical flow rate is established.
• The proposed technique integrates two different steps.
• The steps are a base-line permeability and the degree of formation damage (Dk).
• We found a linear relationship between the injection rate and Dk.
• The exact values of critical injection rates are calculated by the proposed method.

In this study, a series of core flooding experiments has been carried out to determine the critical injection flow velocity in the porous media of the Fahliyan carbonate formation. For this purpose, a new practical method is employed and applied in two steps. First, a base-line permeability corresponding to a base rate is adopted and the injection rate is then returned to the base rate after each incremental stage in order to recalculate the permeability. Then a predefined parameter called ‘degree of formation damage’ is calculated at the base-line permeability at each stage. Experimental data shows that there is a linear relationship between the flow rate and the degree of formation damage. The critical injection rates corresponding to different degrees of formation damage, reported only as estimation in other works, are also calculated accurately in this study.