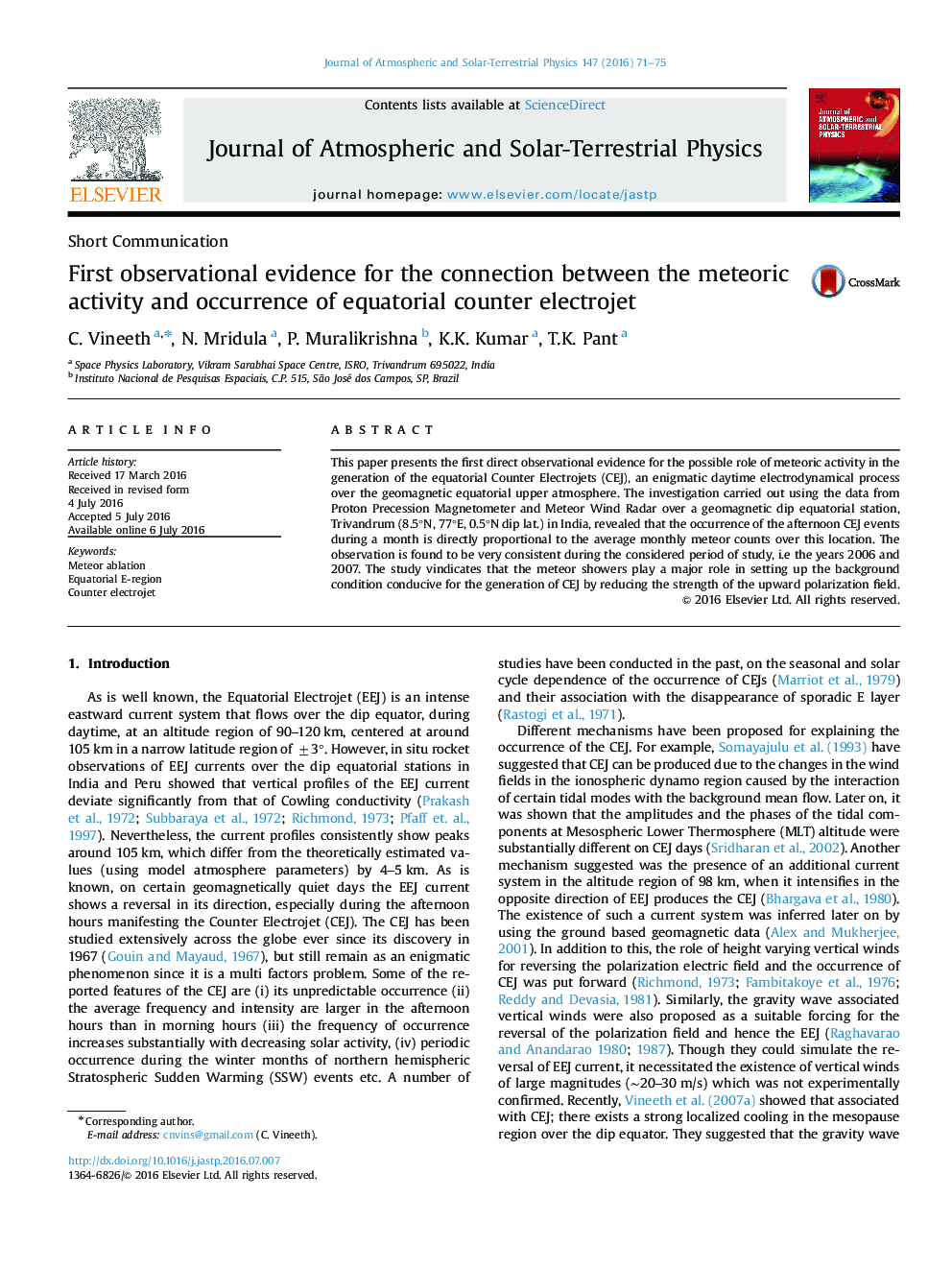 • This paper gives the first observational evidence for the link between meteoric activity and the generation of the CEJ, supporting the modeling studies of Muralikrishna and Kulkarni (2008).
• During the low solar activity period, the meteor deposited metallic ions seem to play a major role in setting up the background conducive for the generation of the CEJ.
• This observation has significant implications as far as the E region electrodynamics over the dip equator is concerned.

This paper presents the first direct observational evidence for the possible role of meteoric activity in the generation of the equatorial Counter Electrojets (CEJ), an enigmatic daytime electrodynamical process over the geomagnetic equatorial upper atmosphere. The investigation carried out using the data from Proton Precession Magnetometer and Meteor Wind Radar over a geomagnetic dip equatorial station, Trivandrum (8.5°N, 77°E, 0.5°N dip lat.) in India, revealed that the occurrence of the afternoon CEJ events during a month is directly proportional to the average monthly meteor counts over this location. The observation is found to be very consistent during the considered period of study, i.e the years 2006 and 2007. The study vindicates that the meteor showers play a major role in setting up the background condition conducive for the generation of CEJ by reducing the strength of the upward polarization field.