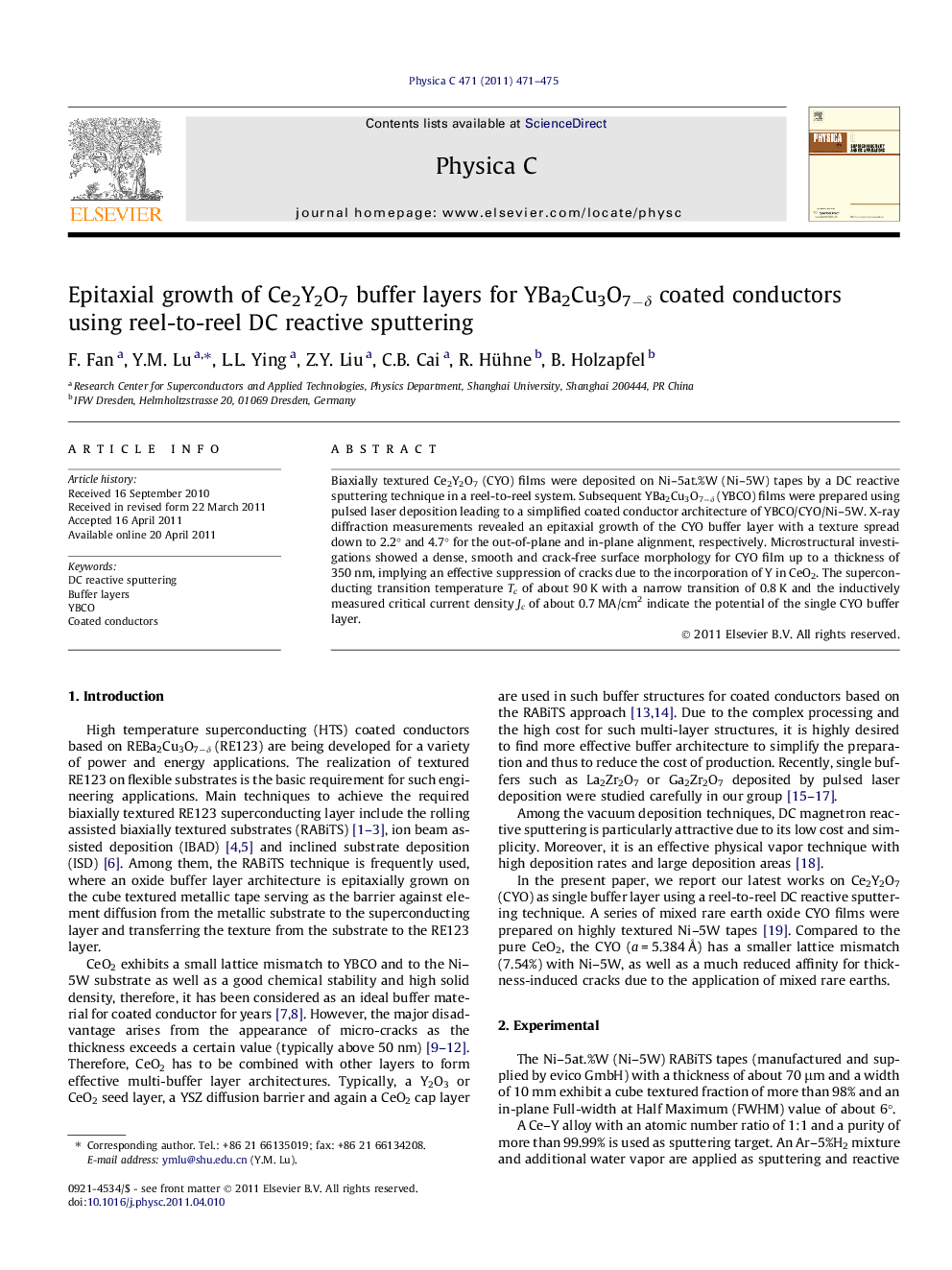 Biaxially textured Ce2Y2O7 (CYO) films were deposited on Ni–5at.%W (Ni–5W) tapes by a DC reactive sputtering technique in a reel-to-reel system. Subsequent YBa2Cu3O7−δ (YBCO) films were prepared using pulsed laser deposition leading to a simplified coated conductor architecture of YBCO/CYO/Ni–5W. X-ray diffraction measurements revealed an epitaxial growth of the CYO buffer layer with a texture spread down to 2.2° and 4.7° for the out-of-plane and in-plane alignment, respectively. Microstructural investigations showed a dense, smooth and crack-free surface morphology for CYO film up to a thickness of 350 nm, implying an effective suppression of cracks due to the incorporation of Y in CeO2. The superconducting transition temperature Tc of about 90 K with a narrow transition of 0.8 K and the inductively measured critical current density Jc of about 0.7 MA/cm2 indicate the potential of the single CYO buffer layer.