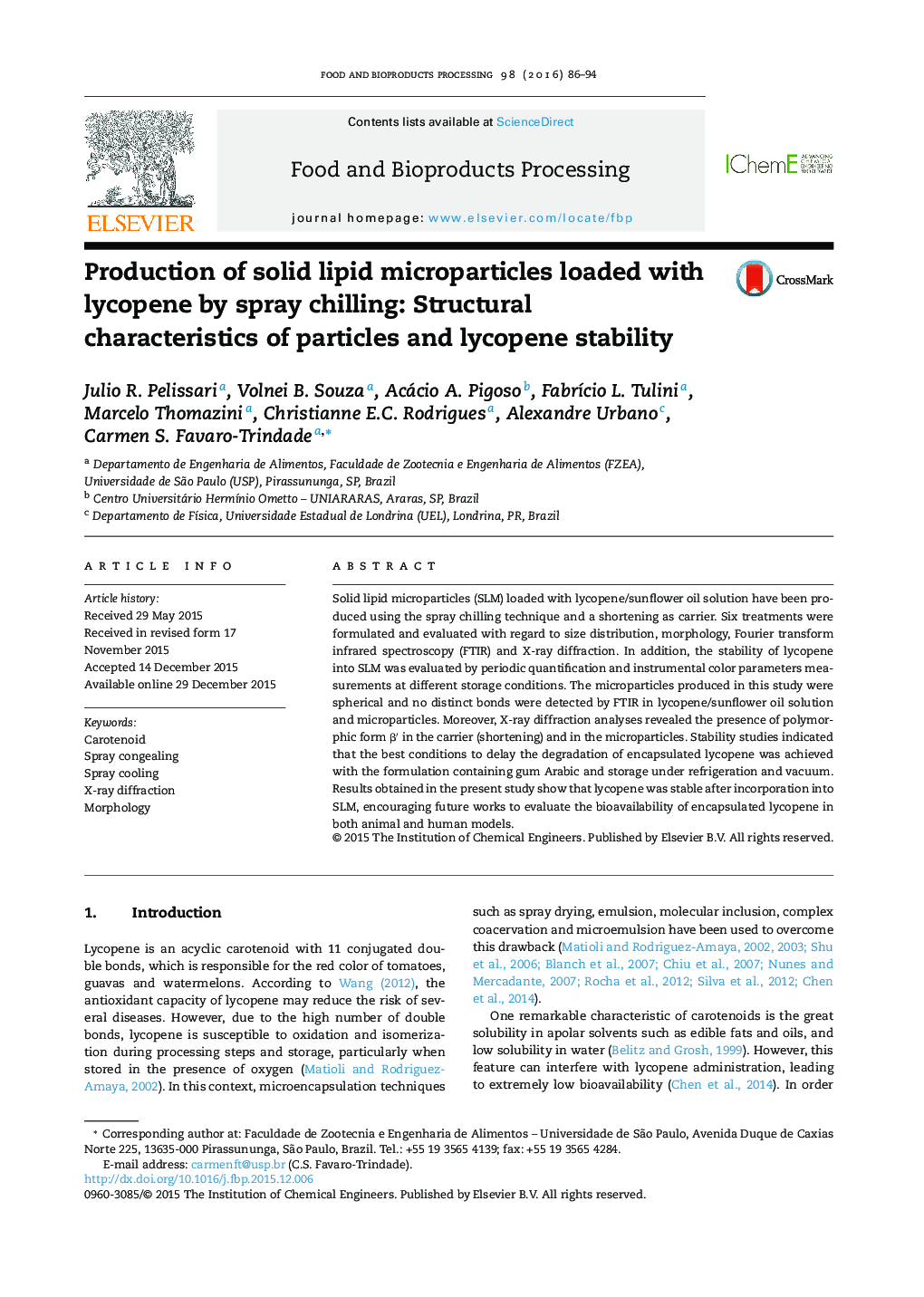 • Lycopene was loaded into solid lipid microparticles by spray chilling.
• Shortening, gum Arabic and carboxymethyl cellulose were used as carriers.
• Microparticles were round shaped and in a crystalline phase, ranging from 10 to 110 μm.
• Addition of gum Arabic into formulation delayed the degradation of lycopene.

Solid lipid microparticles (SLM) loaded with lycopene/sunflower oil solution have been produced using the spray chilling technique and a shortening as carrier. Six treatments were formulated and evaluated with regard to size distribution, morphology, Fourier transform infrared spectroscopy (FTIR) and X-ray diffraction. In addition, the stability of lycopene into SLM was evaluated by periodic quantification and instrumental color parameters measurements at different storage conditions. The microparticles produced in this study were spherical and no distinct bonds were detected by FTIR in lycopene/sunflower oil solution and microparticles. Moreover, X-ray diffraction analyses revealed the presence of polymorphic form β′ in the carrier (shortening) and in the microparticles. Stability studies indicated that the best conditions to delay the degradation of encapsulated lycopene was achieved with the formulation containing gum Arabic and storage under refrigeration and vacuum. Results obtained in the present study show that lycopene was stable after incorporation into SLM, encouraging future works to evaluate the bioavailability of encapsulated lycopene in both animal and human models.