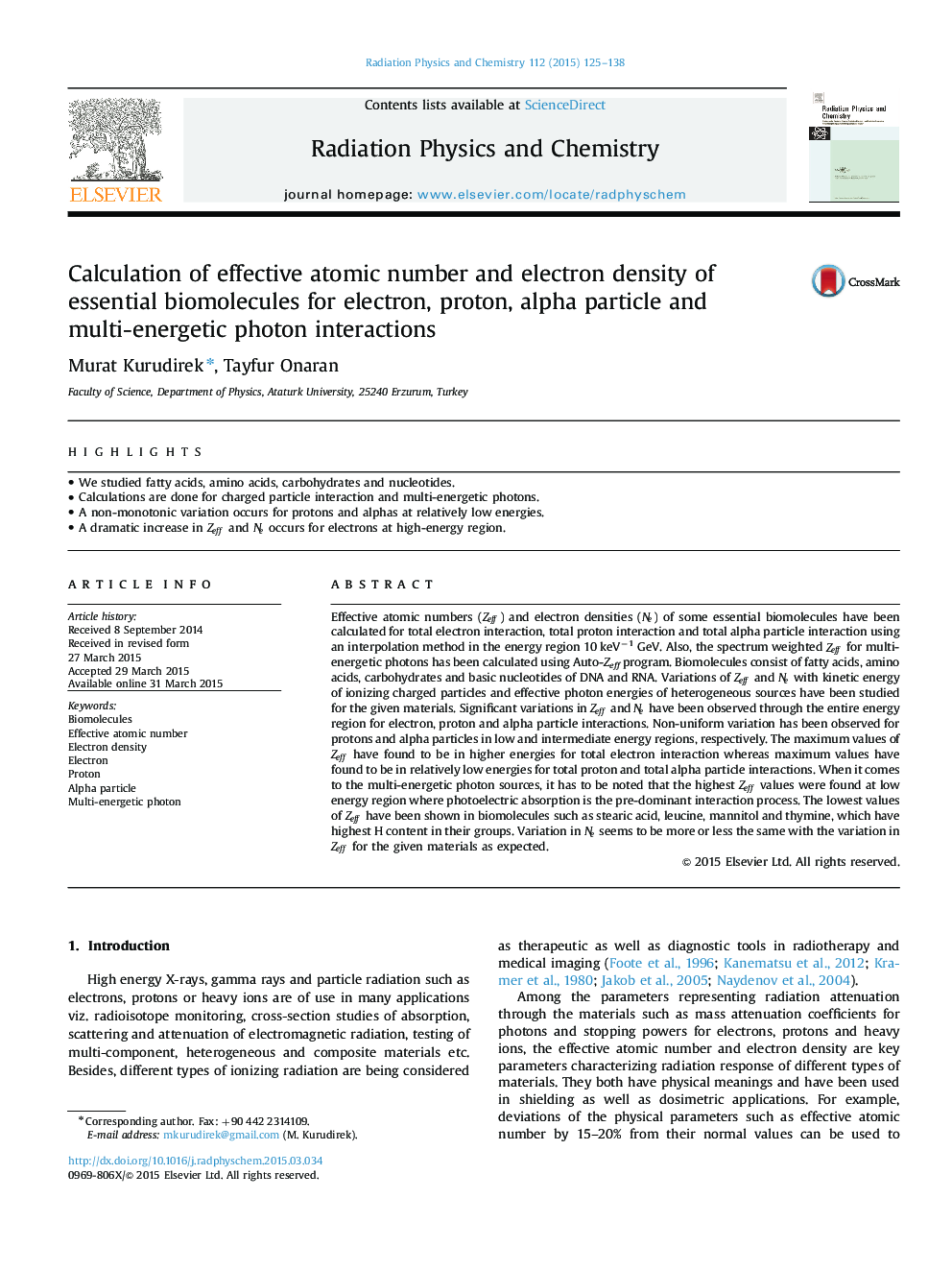 • We studied fatty acids, amino acids, carbohydrates and nucleotides.
• Calculations are done for charged particle interaction and multi-energetic photons.
• A non-monotonic variation occurs for protons and alphas at relatively low energies.
• A dramatic increase in ZeffZeff and NeNe occurs for electrons at high-energy region.

Effective atomic numbers (ZeffZeff) and electron densities (NeNe) of some essential biomolecules have been calculated for total electron interaction, total proton interaction and total alpha particle interaction using an interpolation method in the energy region 10 keV−1 GeV. Also, the spectrum weighted ZeffZeff for multi-energetic photons has been calculated using Auto-Zeff   program. Biomolecules consist of fatty acids, amino acids, carbohydrates and basic nucleotides of DNA and RNA. Variations of ZeffZeff and NeNe with kinetic energy of ionizing charged particles and effective photon energies of heterogeneous sources have been studied for the given materials. Significant variations in ZeffZeff and NeNe have been observed through the entire energy region for electron, proton and alpha particle interactions. Non-uniform variation has been observed for protons and alpha particles in low and intermediate energy regions, respectively. The maximum values of ZeffZeff have found to be in higher energies for total electron interaction whereas maximum values have found to be in relatively low energies for total proton and total alpha particle interactions. When it comes to the multi-energetic photon sources, it has to be noted that the highest ZeffZeff values were found at low energy region where photoelectric absorption is the pre-dominant interaction process. The lowest values of ZeffZeff have been shown in biomolecules such as stearic acid, leucine, mannitol and thymine, which have highest H content in their groups. Variation in NeNe seems to be more or less the same with the variation in ZeffZeff for the given materials as expected.