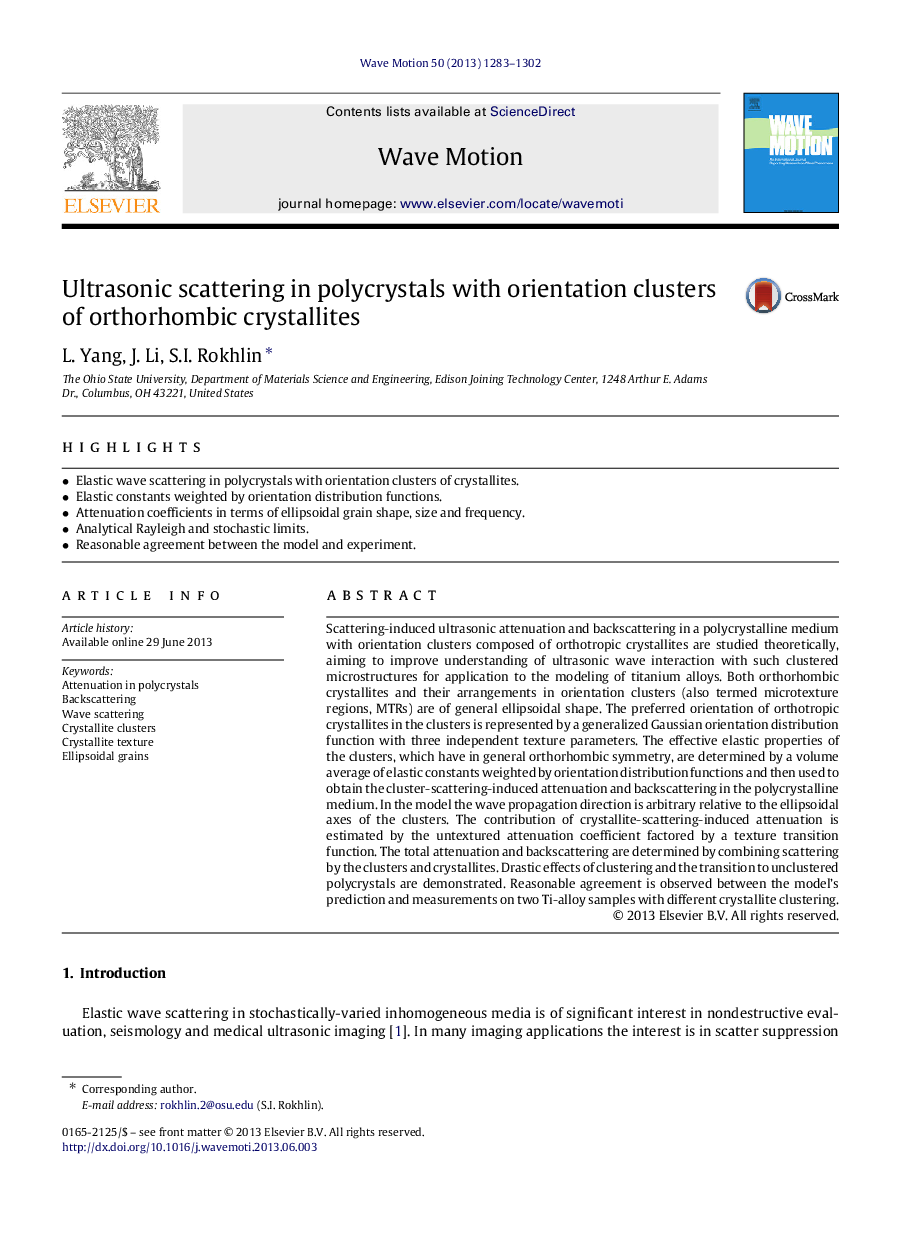 Scattering-induced ultrasonic attenuation and backscattering in a polycrystalline medium with orientation clusters composed of orthotropic crystallites are studied theoretically, aiming to improve understanding of ultrasonic wave interaction with such clustered microstructures for application to the modeling of titanium alloys. Both orthorhombic crystallites and their arrangements in orientation clusters (also termed microtexture regions, MTRs) are of general ellipsoidal shape. The preferred orientation of orthotropic crystallites in the clusters is represented by a generalized Gaussian orientation distribution function with three independent texture parameters. The effective elastic properties of the clusters, which have in general orthorhombic symmetry, are determined by a volume average of elastic constants weighted by orientation distribution functions and then used to obtain the cluster-scattering-induced attenuation and backscattering in the polycrystalline medium. In the model the wave propagation direction is arbitrary relative to the ellipsoidal axes of the clusters. The contribution of crystallite-scattering-induced attenuation is estimated by the untextured attenuation coefficient factored by a texture transition function. The total attenuation and backscattering are determined by combining scattering by the clusters and crystallites. Drastic effects of clustering and the transition to unclustered polycrystals are demonstrated. Reasonable agreement is observed between the model’s prediction and measurements on two Ti-alloy samples with different crystallite clustering.