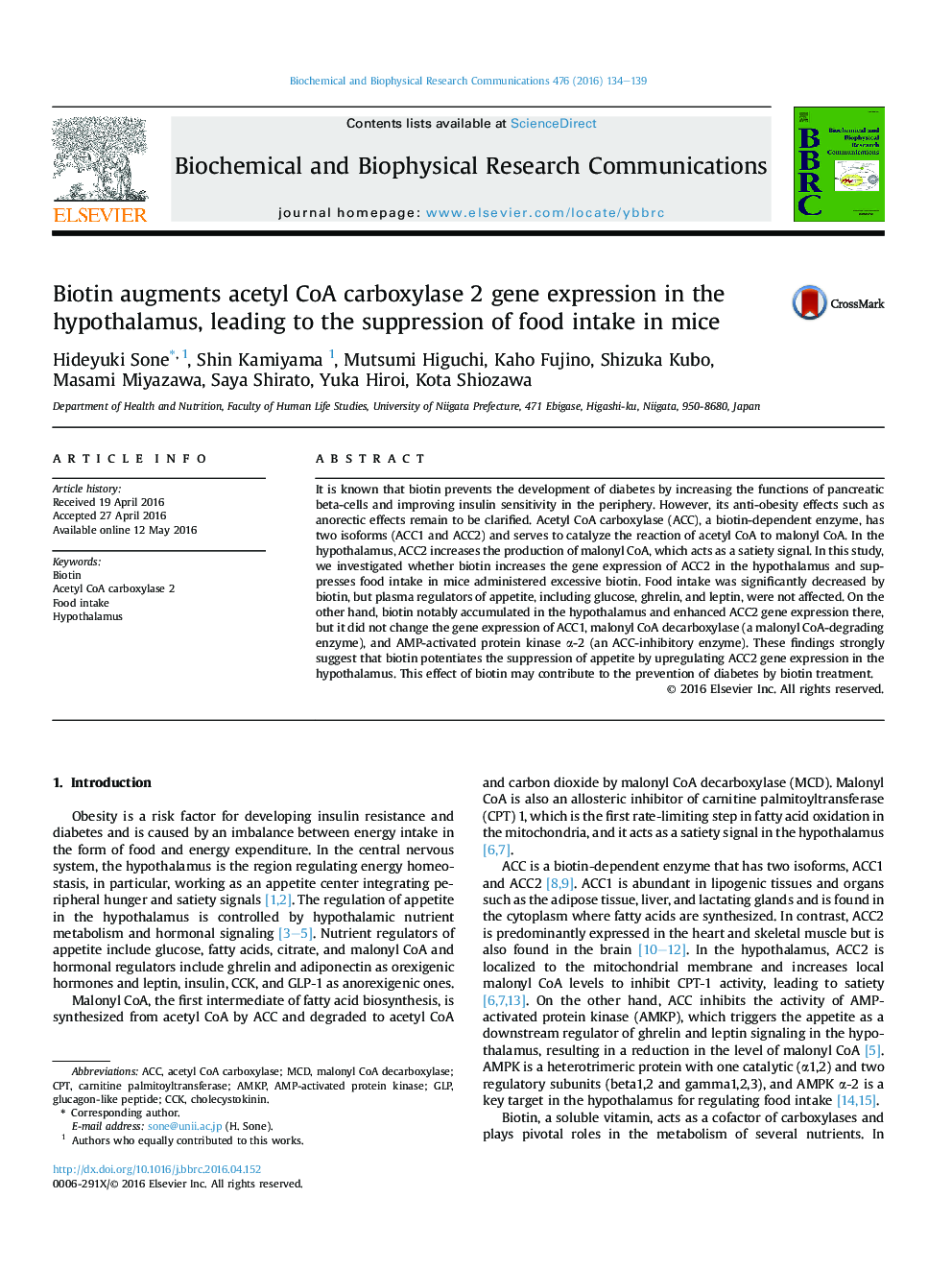 • An excess dose of biotin suppresses food intake in mice.
• Biotin accumulates and acts in the hypothalamus, causing an anorectic effect.
• This effect is mediated by the augmentation of ACC2 gene expression in the hypothalamus.

It is known that biotin prevents the development of diabetes by increasing the functions of pancreatic beta-cells and improving insulin sensitivity in the periphery. However, its anti-obesity effects such as anorectic effects remain to be clarified. Acetyl CoA carboxylase (ACC), a biotin-dependent enzyme, has two isoforms (ACC1 and ACC2) and serves to catalyze the reaction of acetyl CoA to malonyl CoA. In the hypothalamus, ACC2 increases the production of malonyl CoA, which acts as a satiety signal. In this study, we investigated whether biotin increases the gene expression of ACC2 in the hypothalamus and suppresses food intake in mice administered excessive biotin. Food intake was significantly decreased by biotin, but plasma regulators of appetite, including glucose, ghrelin, and leptin, were not affected. On the other hand, biotin notably accumulated in the hypothalamus and enhanced ACC2 gene expression there, but it did not change the gene expression of ACC1, malonyl CoA decarboxylase (a malonyl CoA-degrading enzyme), and AMP-activated protein kinase α-2 (an ACC-inhibitory enzyme). These findings strongly suggest that biotin potentiates the suppression of appetite by upregulating ACC2 gene expression in the hypothalamus. This effect of biotin may contribute to the prevention of diabetes by biotin treatment.