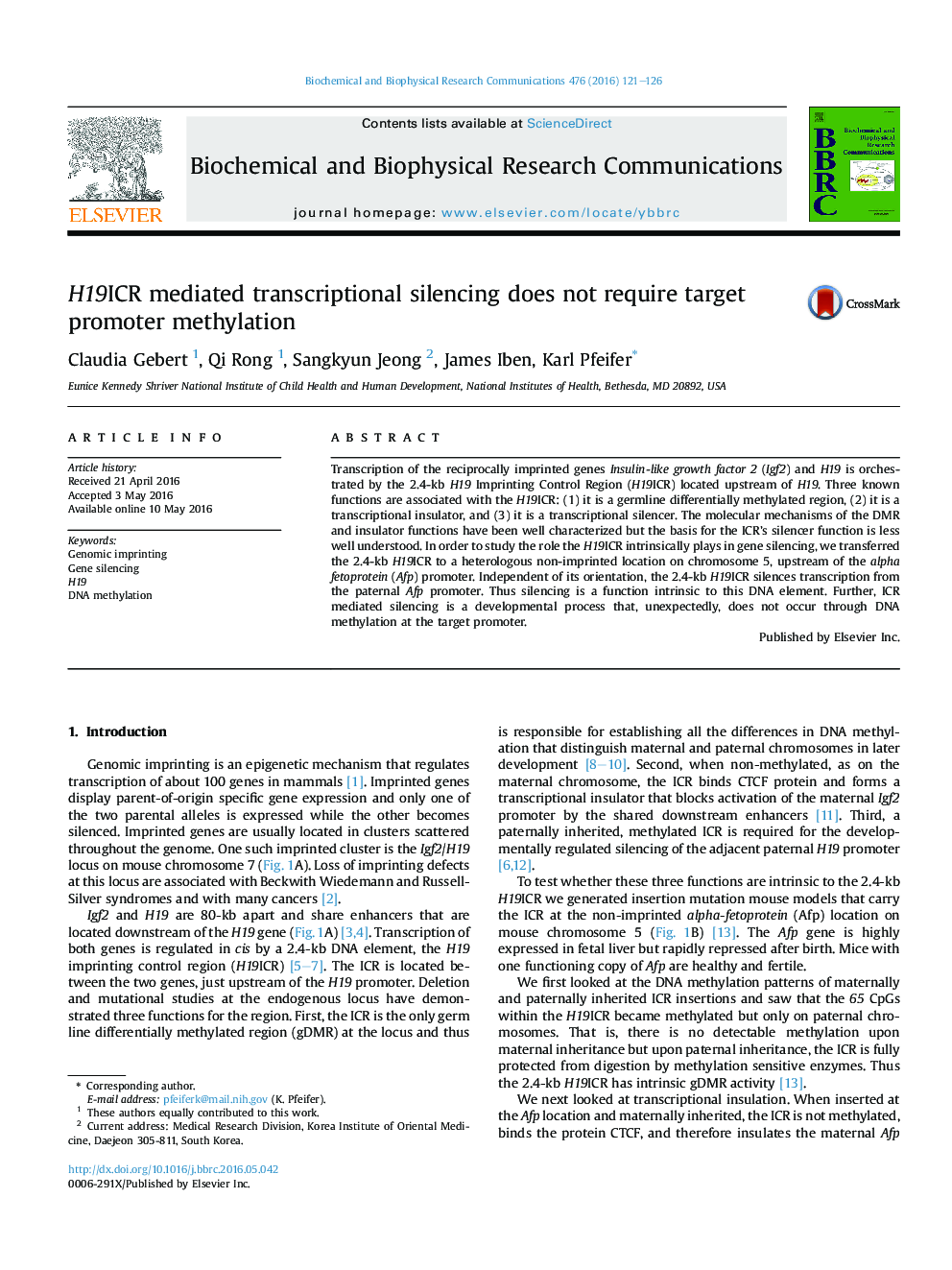 Transcription of the reciprocally imprinted genes Insulin-like growth factor 2 (Igf2) and H19 is orchestrated by the 2.4-kb H19 Imprinting Control Region (H19ICR) located upstream of H19. Three known functions are associated with the H19ICR: (1) it is a germline differentially methylated region, (2) it is a transcriptional insulator, and (3) it is a transcriptional silencer. The molecular mechanisms of the DMR and insulator functions have been well characterized but the basis for the ICR’s silencer function is less well understood. In order to study the role the H19ICR intrinsically plays in gene silencing, we transferred the 2.4-kb H19ICR to a heterologous non-imprinted location on chromosome 5, upstream of the alpha fetoprotein (Afp) promoter. Independent of its orientation, the 2.4-kb H19ICR silences transcription from the paternal Afp promoter. Thus silencing is a function intrinsic to this DNA element. Further, ICR mediated silencing is a developmental process that, unexpectedly, does not occur through DNA methylation at the target promoter.