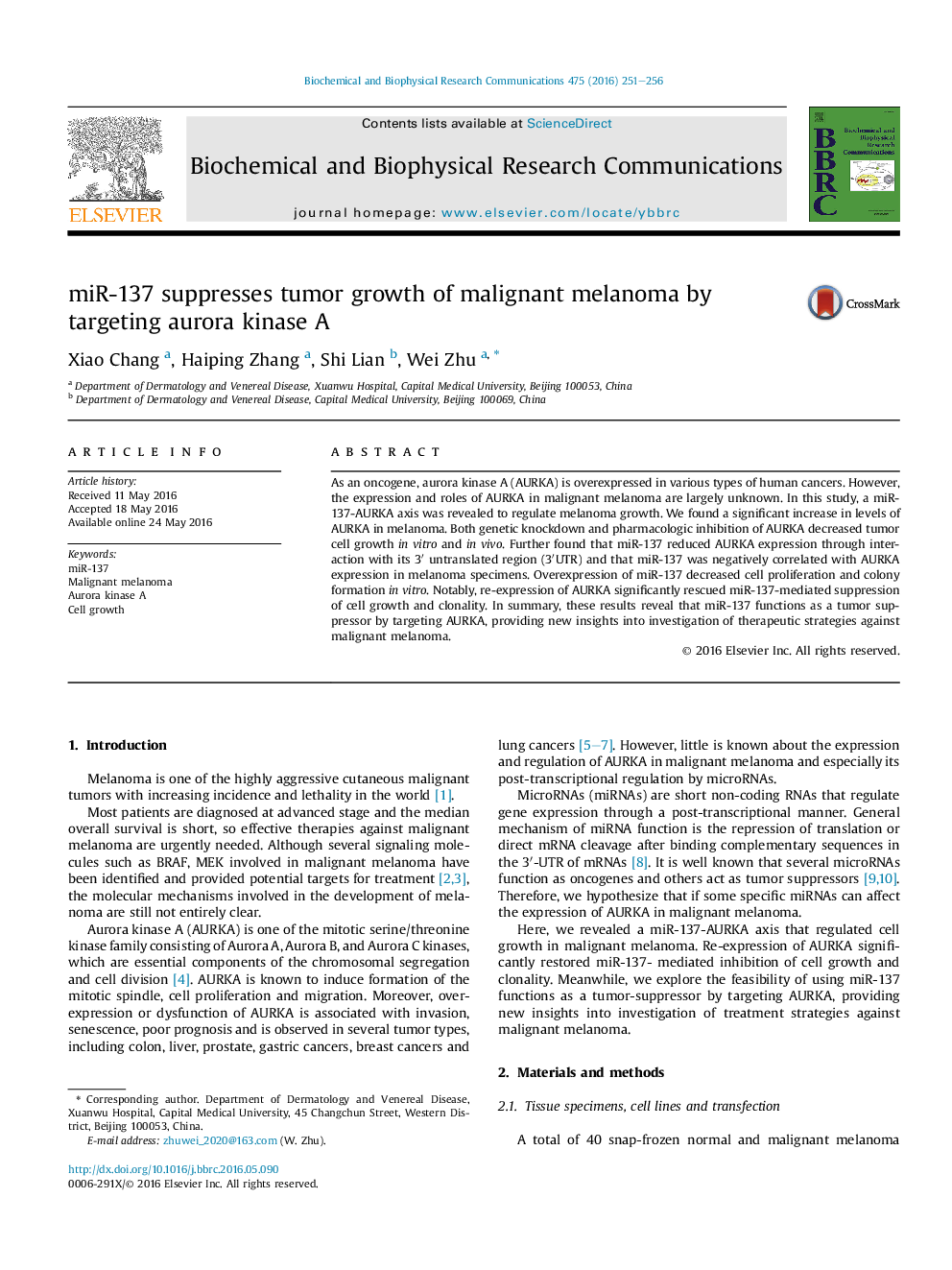 As an oncogene, aurora kinase A (AURKA) is overexpressed in various types of human cancers. However, the expression and roles of AURKA in malignant melanoma are largely unknown. In this study, a miR-137-AURKA axis was revealed to regulate melanoma growth. We found a significant increase in levels of AURKA in melanoma. Both genetic knockdown and pharmacologic inhibition of AURKA decreased tumor cell growth in vitro and in vivo. Further found that miR-137 reduced AURKA expression through interaction with its 3′ untranslated region (3′UTR) and that miR-137 was negatively correlated with AURKA expression in melanoma specimens. Overexpression of miR-137 decreased cell proliferation and colony formation in vitro. Notably, re-expression of AURKA significantly rescued miR-137-mediated suppression of cell growth and clonality. In summary, these results reveal that miR-137 functions as a tumor suppressor by targeting AURKA, providing new insights into investigation of therapeutic strategies against malignant melanoma.