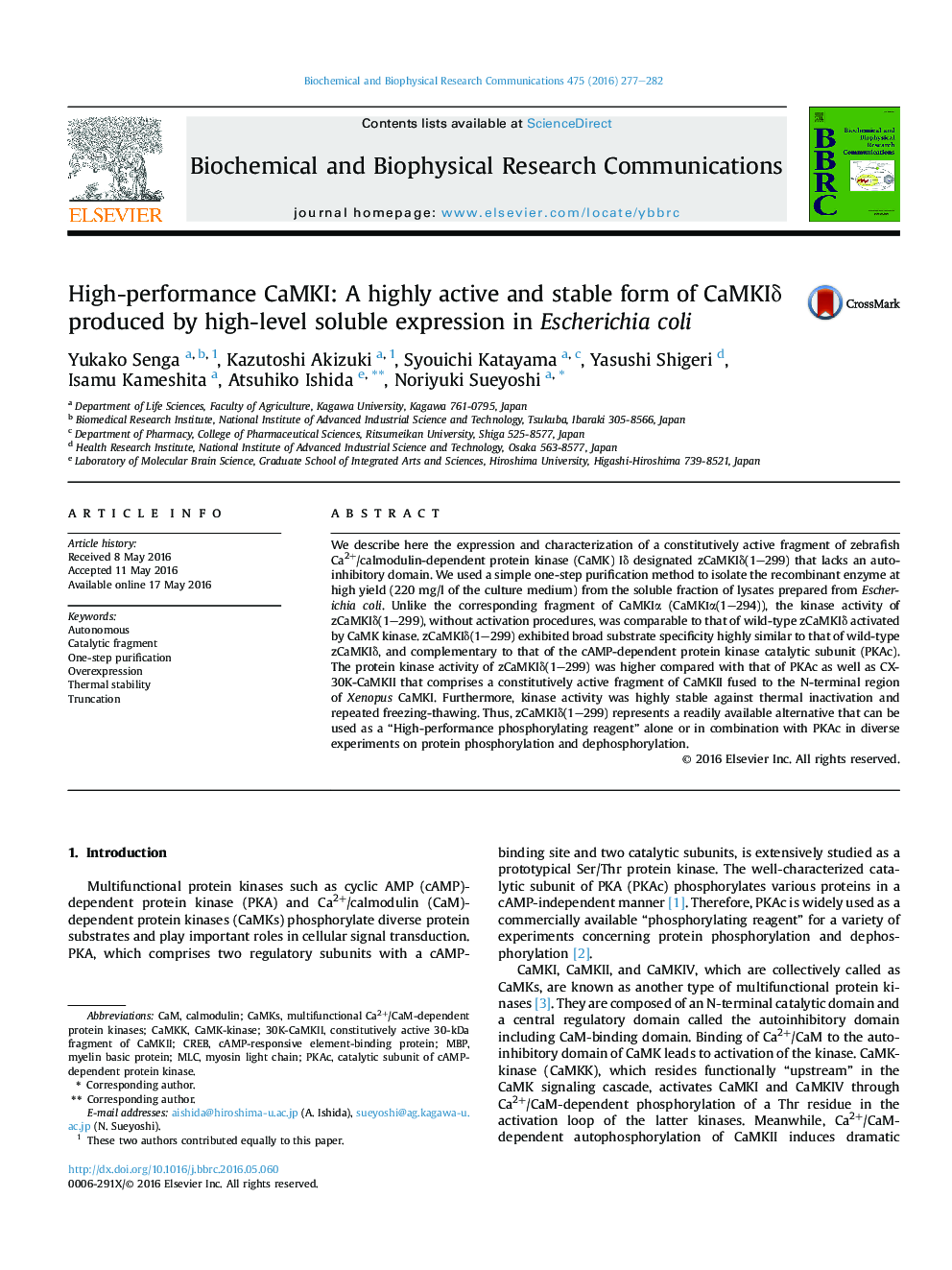 We describe here the expression and characterization of a constitutively active fragment of zebrafish Ca2+/calmodulin-dependent protein kinase (CaMK) Iδ designated zCaMKIδ(1–299) that lacks an autoinhibitory domain. We used a simple one-step purification method to isolate the recombinant enzyme at high yield (220 mg/l of the culture medium) from the soluble fraction of lysates prepared from Escherichia coli. Unlike the corresponding fragment of CaMKIα (CaMKΙα(1–294)), the kinase activity of zCaMKIδ(1–299), without activation procedures, was comparable to that of wild-type zCaMKIδ activated by CaMK kinase. zCaMKIδ(1–299) exhibited broad substrate specificity highly similar to that of wild-type zCaMKIδ, and complementary to that of the cAMP-dependent protein kinase catalytic subunit (PKAc). The protein kinase activity of zCaMKIδ(1–299) was higher compared with that of PKAc as well as CX-30K-CaMKII that comprises a constitutively active fragment of CaMKII fused to the N-terminal region of Xenopus CaMKI. Furthermore, kinase activity was highly stable against thermal inactivation and repeated freezing-thawing. Thus, zCaMKIδ(1–299) represents a readily available alternative that can be used as a “High-performance phosphorylating reagent” alone or in combination with PKAc in diverse experiments on protein phosphorylation and dephosphorylation.