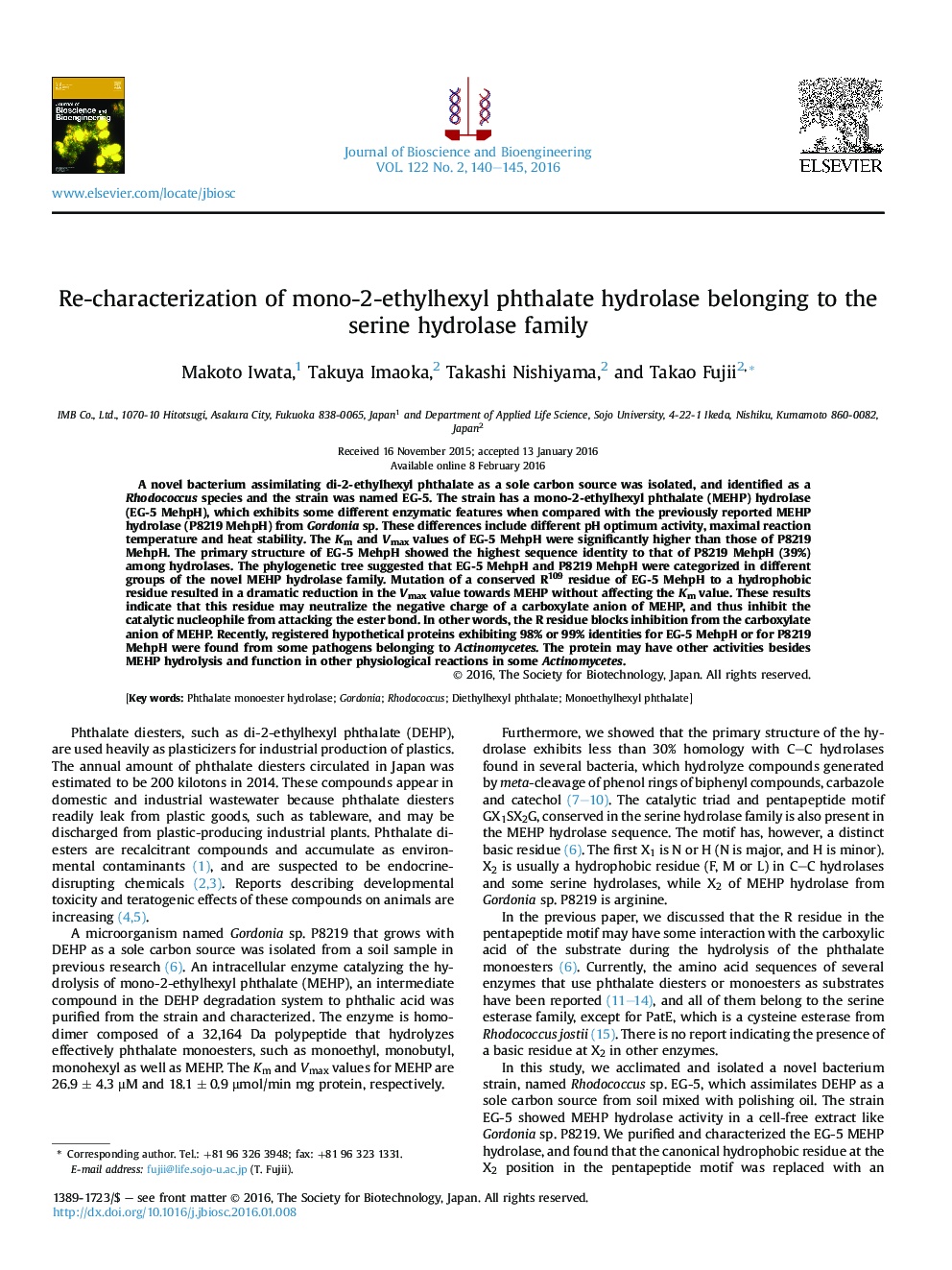 A novel bacterium assimilating di-2-ethylhexyl phthalate as a sole carbon source was isolated, and identified as a Rhodococcus species and the strain was named EG-5. The strain has a mono-2-ethylhexyl phthalate (MEHP) hydrolase (EG-5 MehpH), which exhibits some different enzymatic features when compared with the previously reported MEHP hydrolase (P8219 MehpH) from Gordonia sp. These differences include different pH optimum activity, maximal reaction temperature and heat stability. The Km and Vmax values of EG-5 MehpH were significantly higher than those of P8219 MehpH. The primary structure of EG-5 MehpH showed the highest sequence identity to that of P8219 MehpH (39%) among hydrolases. The phylogenetic tree suggested that EG-5 MehpH and P8219 MehpH were categorized in different groups of the novel MEHP hydrolase family. Mutation of a conserved R109 residue of EG-5 MehpH to a hydrophobic residue resulted in a dramatic reduction in the Vmax value towards MEHP without affecting the Km value. These results indicate that this residue may neutralize the negative charge of a carboxylate anion of MEHP, and thus inhibit the catalytic nucleophile from attacking the ester bond. In other words, the R residue blocks inhibition from the carboxylate anion of MEHP. Recently, registered hypothetical proteins exhibiting 98% or 99% identities for EG-5 MehpH or for P8219 MehpH were found from some pathogens belonging to Actinomycetes. The protein may have other activities besides MEHP hydrolysis and function in other physiological reactions in some Actinomycetes.