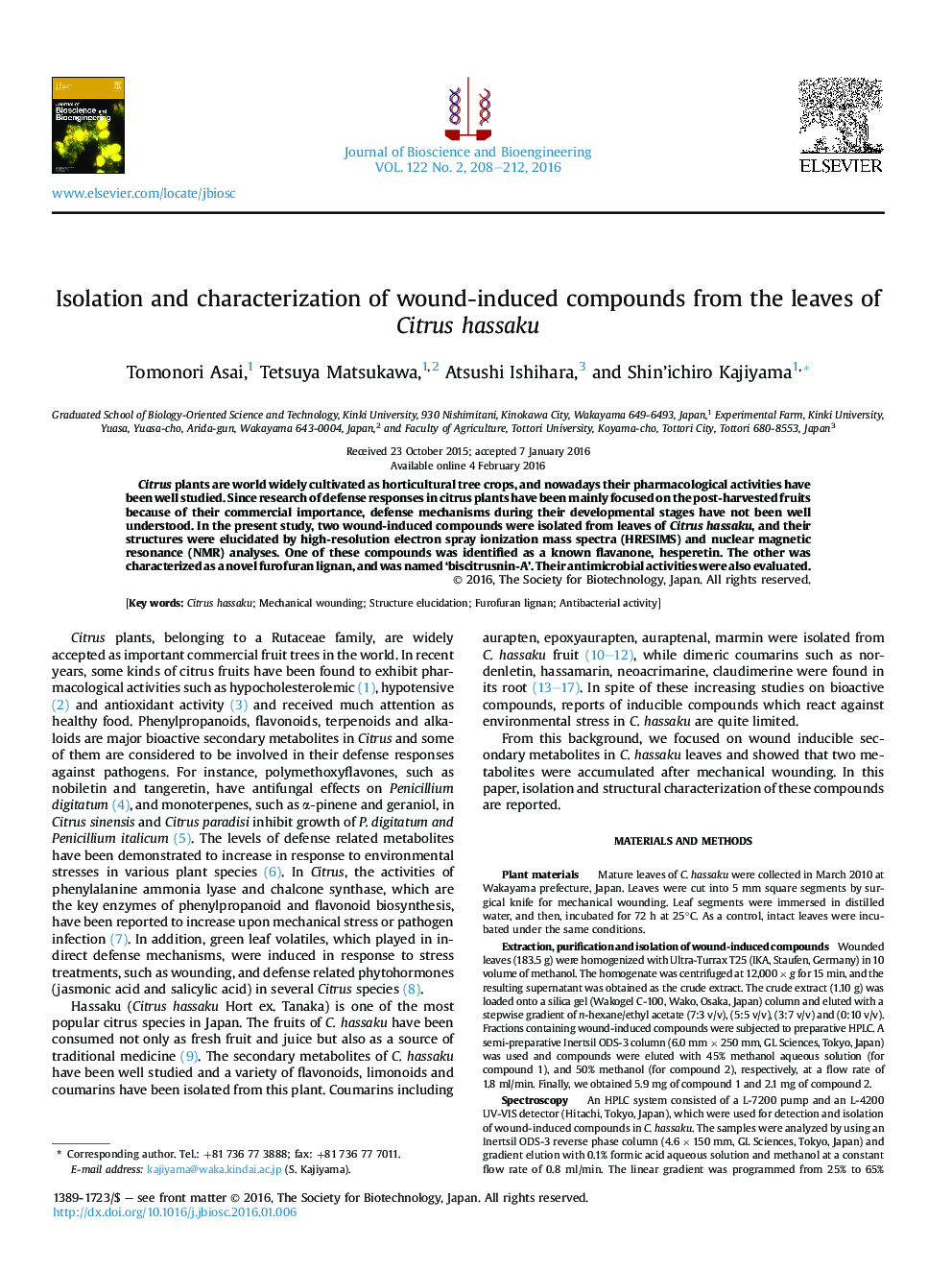 Citrus plants are world widely cultivated as horticultural tree crops, and nowadays their pharmacological activities have been well studied. Since research of defense responses in citrus plants have been mainly focused on the post-harvested fruits because of their commercial importance, defense mechanisms during their developmental stages have not been well understood. In the present study, two wound-induced compounds were isolated from leaves of Citrus hassaku, and their structures were elucidated by high-resolution electron spray ionization mass spectra (HRESIMS) and nuclear magnetic resonance (NMR) analyses. One of these compounds was identified as a known flavanone, hesperetin. The other was characterized as a novel furofuran lignan, and was named ‘biscitrusnin-A’. Their antimicrobial activities were also evaluated.