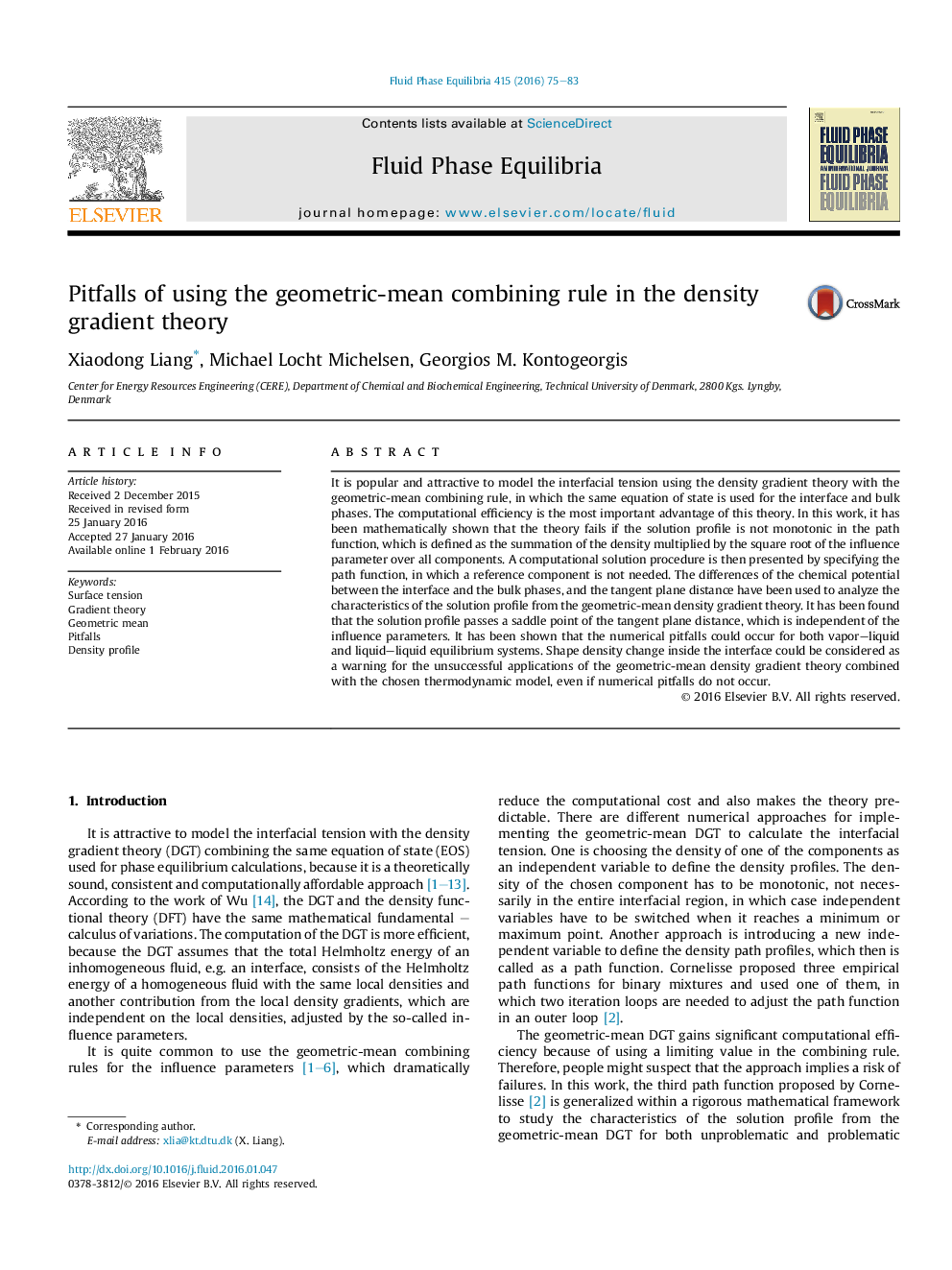 It is popular and attractive to model the interfacial tension using the density gradient theory with the geometric-mean combining rule, in which the same equation of state is used for the interface and bulk phases. The computational efficiency is the most important advantage of this theory. In this work, it has been mathematically shown that the theory fails if the solution profile is not monotonic in the path function, which is defined as the summation of the density multiplied by the square root of the influence parameter over all components. A computational solution procedure is then presented by specifying the path function, in which a reference component is not needed. The differences of the chemical potential between the interface and the bulk phases, and the tangent plane distance have been used to analyze the characteristics of the solution profile from the geometric-mean density gradient theory. It has been found that the solution profile passes a saddle point of the tangent plane distance, which is independent of the influence parameters. It has been shown that the numerical pitfalls could occur for both vapor–liquid and liquid–liquid equilibrium systems. Shape density change inside the interface could be considered as a warning for the unsuccessful applications of the geometric-mean density gradient theory combined with the chosen thermodynamic model, even if numerical pitfalls do not occur.