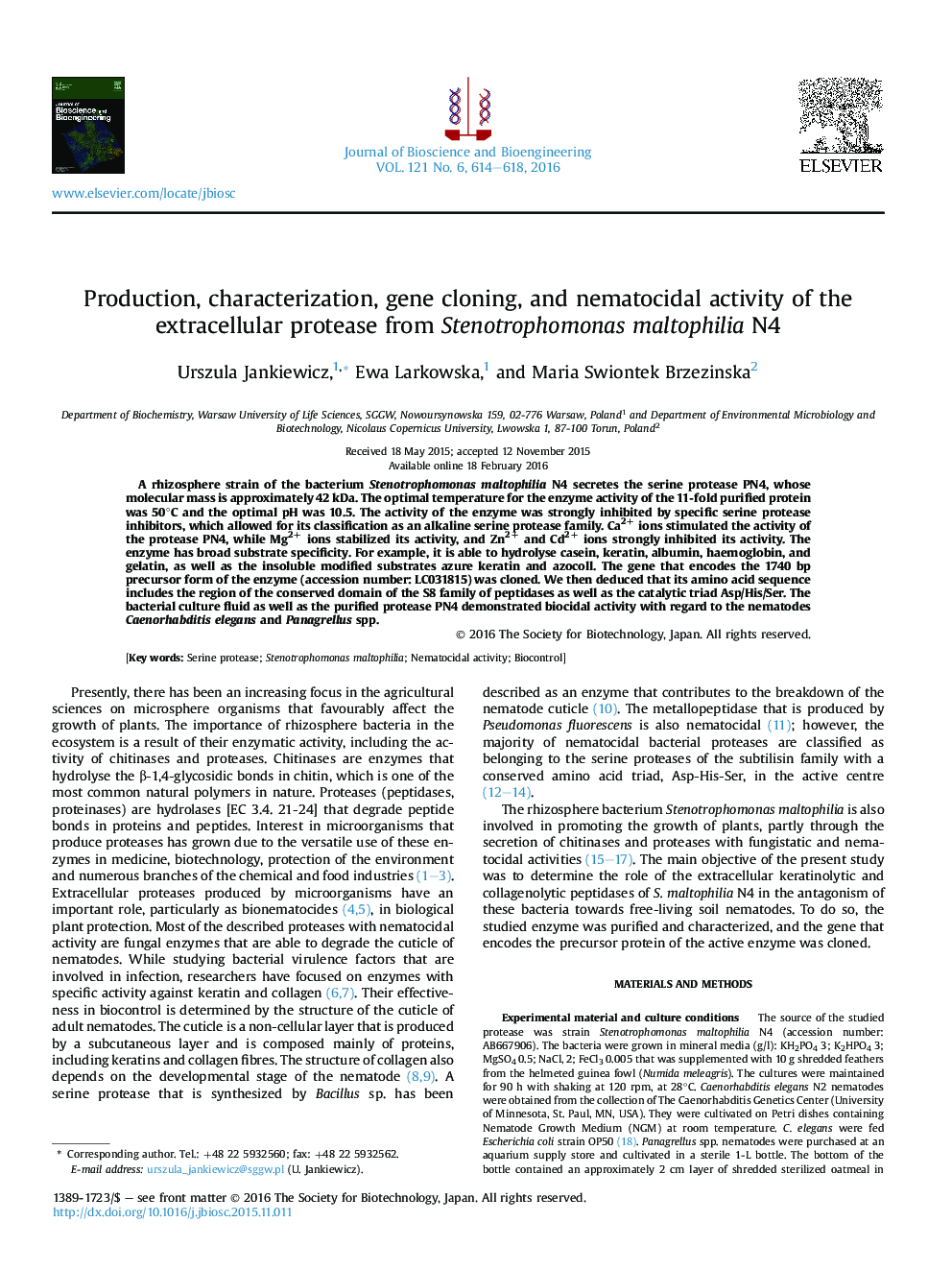 A rhizosphere strain of the bacterium Stenotrophomonas maltophilia N4 secretes the serine protease PN4, whose molecular mass is approximately 42 kDa. The optimal temperature for the enzyme activity of the 11-fold purified protein was 50°C and the optimal pH was 10.5. The activity of the enzyme was strongly inhibited by specific serine protease inhibitors, which allowed for its classification as an alkaline serine protease family. Ca2+ ions stimulated the activity of the protease PN4, while Mg2+ ions stabilized its activity, and Zn2+ and Cd2+ ions strongly inhibited its activity. The enzyme has broad substrate specificity. For example, it is able to hydrolyse casein, keratin, albumin, haemoglobin, and gelatin, as well as the insoluble modified substrates azure keratin and azocoll. The gene that encodes the 1740 bp precursor form of the enzyme (accession number: LC031815) was cloned. We then deduced that its amino acid sequence includes the region of the conserved domain of the S8 family of peptidases as well as the catalytic triad Asp/His/Ser. The bacterial culture fluid as well as the purified protease PN4 demonstrated biocidal activity with regard to the nematodes Caenorhabditis elegans and Panagrellus spp.