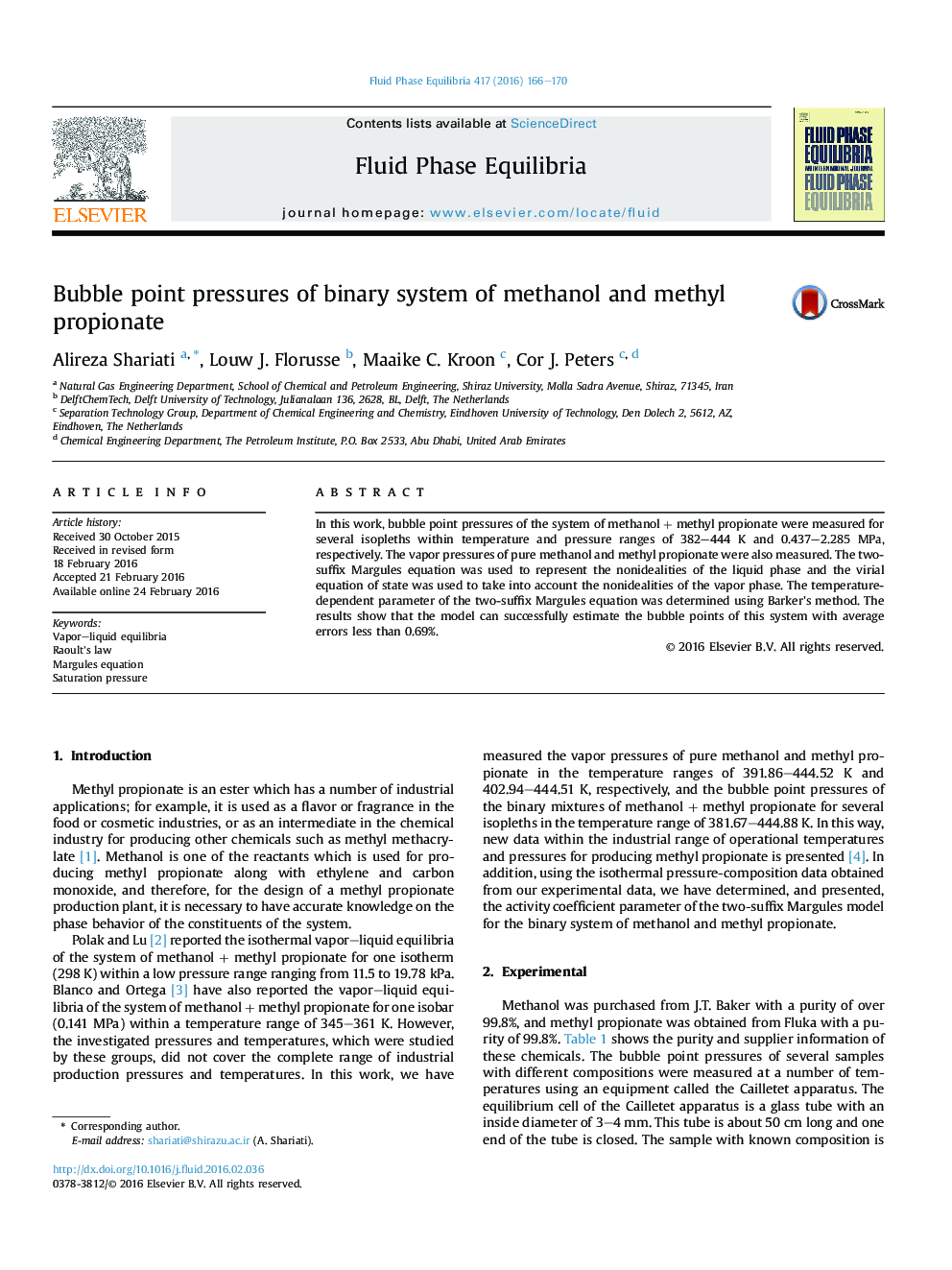 • The bubble point pressures of the system of methanol + methyl propionate were measured experimentally.
• The A parameter of the two-suffix Margules model was optimized for this system.
• The gamma–phi formulation was applied for bubble point calculations.

In this work, bubble point pressures of the system of methanol + methyl propionate were measured for several isopleths within temperature and pressure ranges of 382–444 K and 0.437–2.285 MPa, respectively. The vapor pressures of pure methanol and methyl propionate were also measured. The two-suffix Margules equation was used to represent the nonidealities of the liquid phase and the virial equation of state was used to take into account the nonidealities of the vapor phase. The temperature-dependent parameter of the two-suffix Margules equation was determined using Barker's method. The results show that the model can successfully estimate the bubble points of this system with average errors less than 0.69%.