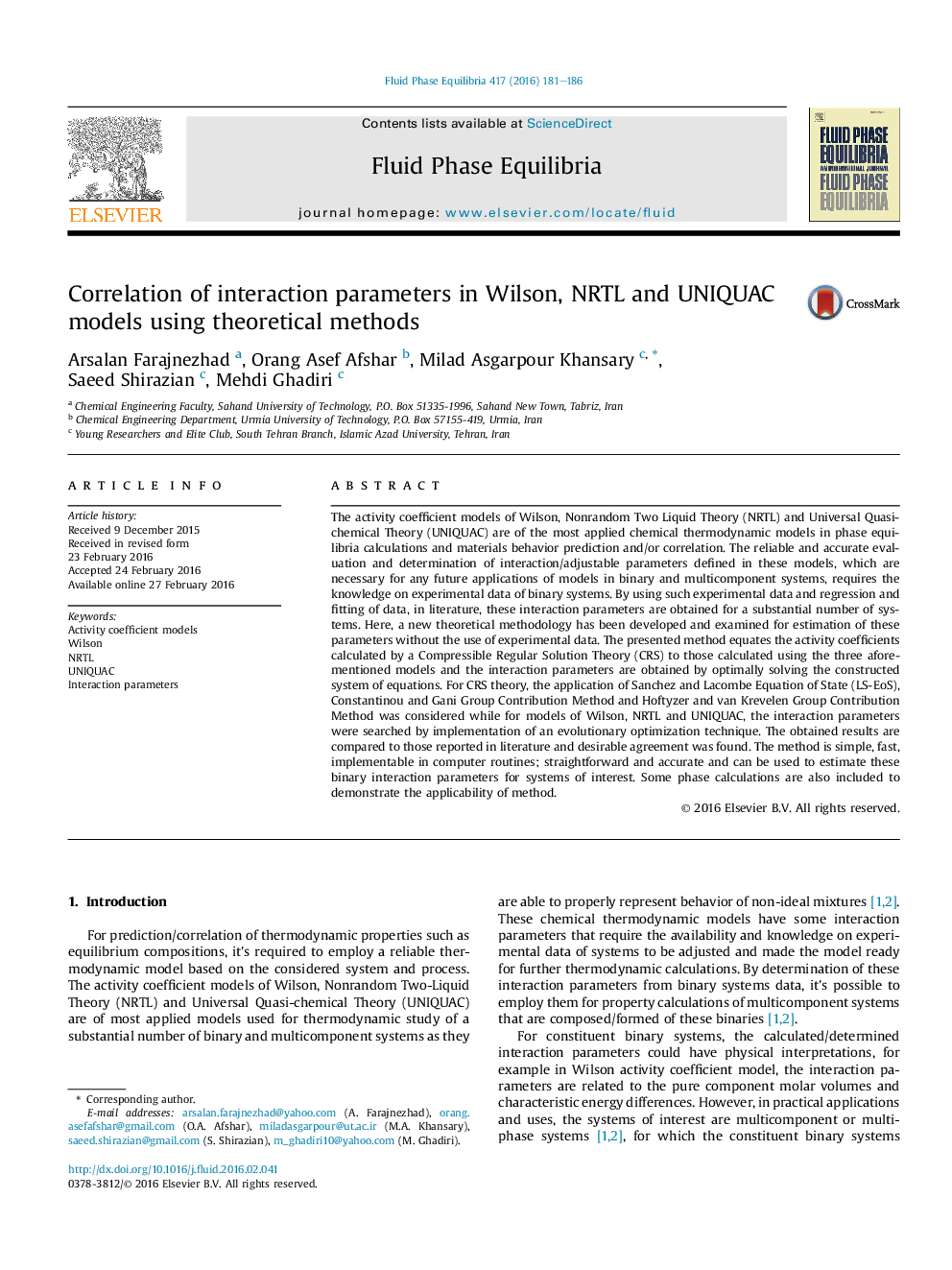 The activity coefficient models of Wilson, Nonrandom Two Liquid Theory (NRTL) and Universal Quasi-chemical Theory (UNIQUAC) are of the most applied chemical thermodynamic models in phase equilibria calculations and materials behavior prediction and/or correlation. The reliable and accurate evaluation and determination of interaction/adjustable parameters defined in these models, which are necessary for any future applications of models in binary and multicomponent systems, requires the knowledge on experimental data of binary systems. By using such experimental data and regression and fitting of data, in literature, these interaction parameters are obtained for a substantial number of systems. Here, a new theoretical methodology has been developed and examined for estimation of these parameters without the use of experimental data. The presented method equates the activity coefficients calculated by a Compressible Regular Solution Theory (CRS) to those calculated using the three aforementioned models and the interaction parameters are obtained by optimally solving the constructed system of equations. For CRS theory, the application of Sanchez and Lacombe Equation of State (LS-EoS), Constantinou and Gani Group Contribution Method and Hoftyzer and van Krevelen Group Contribution Method was considered while for models of Wilson, NRTL and UNIQUAC, the interaction parameters were searched by implementation of an evolutionary optimization technique. The obtained results are compared to those reported in literature and desirable agreement was found. The method is simple, fast, implementable in computer routines; straightforward and accurate and can be used to estimate these binary interaction parameters for systems of interest. Some phase calculations are also included to demonstrate the applicability of method.