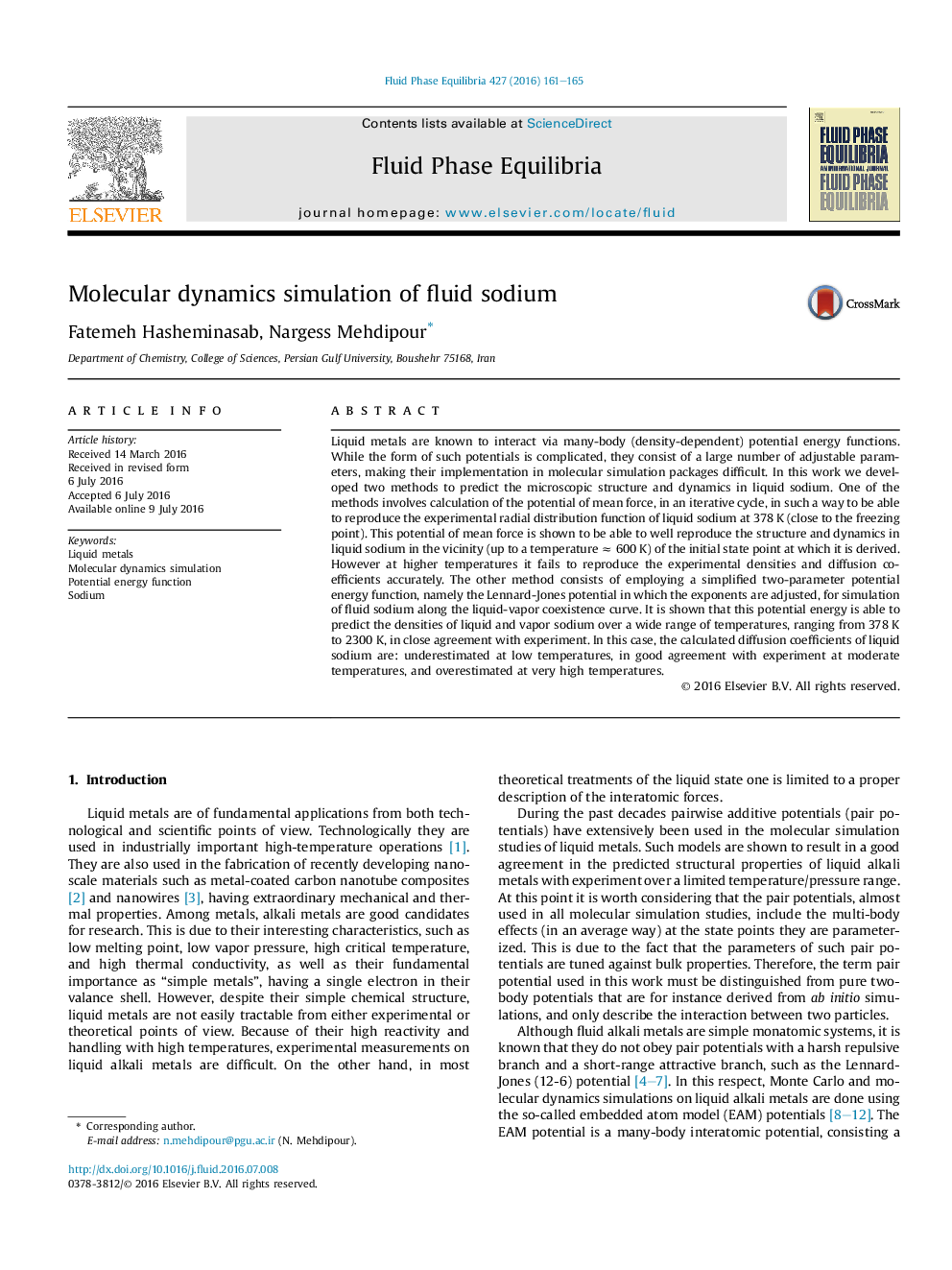 Liquid metals are known to interact via many-body (density-dependent) potential energy functions. While the form of such potentials is complicated, they consist of a large number of adjustable parameters, making their implementation in molecular simulation packages difficult. In this work we developed two methods to predict the microscopic structure and dynamics in liquid sodium. One of the methods involves calculation of the potential of mean force, in an iterative cycle, in such a way to be able to reproduce the experimental radial distribution function of liquid sodium at 378 K (close to the freezing point). This potential of mean force is shown to be able to well reproduce the structure and dynamics in liquid sodium in the vicinity (up to a temperature ≈ 600 K) of the initial state point at which it is derived. However at higher temperatures it fails to reproduce the experimental densities and diffusion coefficients accurately. The other method consists of employing a simplified two-parameter potential energy function, namely the Lennard-Jones potential in which the exponents are adjusted, for simulation of fluid sodium along the liquid-vapor coexistence curve. It is shown that this potential energy is able to predict the densities of liquid and vapor sodium over a wide range of temperatures, ranging from 378 K to 2300 K, in close agreement with experiment. In this case, the calculated diffusion coefficients of liquid sodium are: underestimated at low temperatures, in good agreement with experiment at moderate temperatures, and overestimated at very high temperatures.