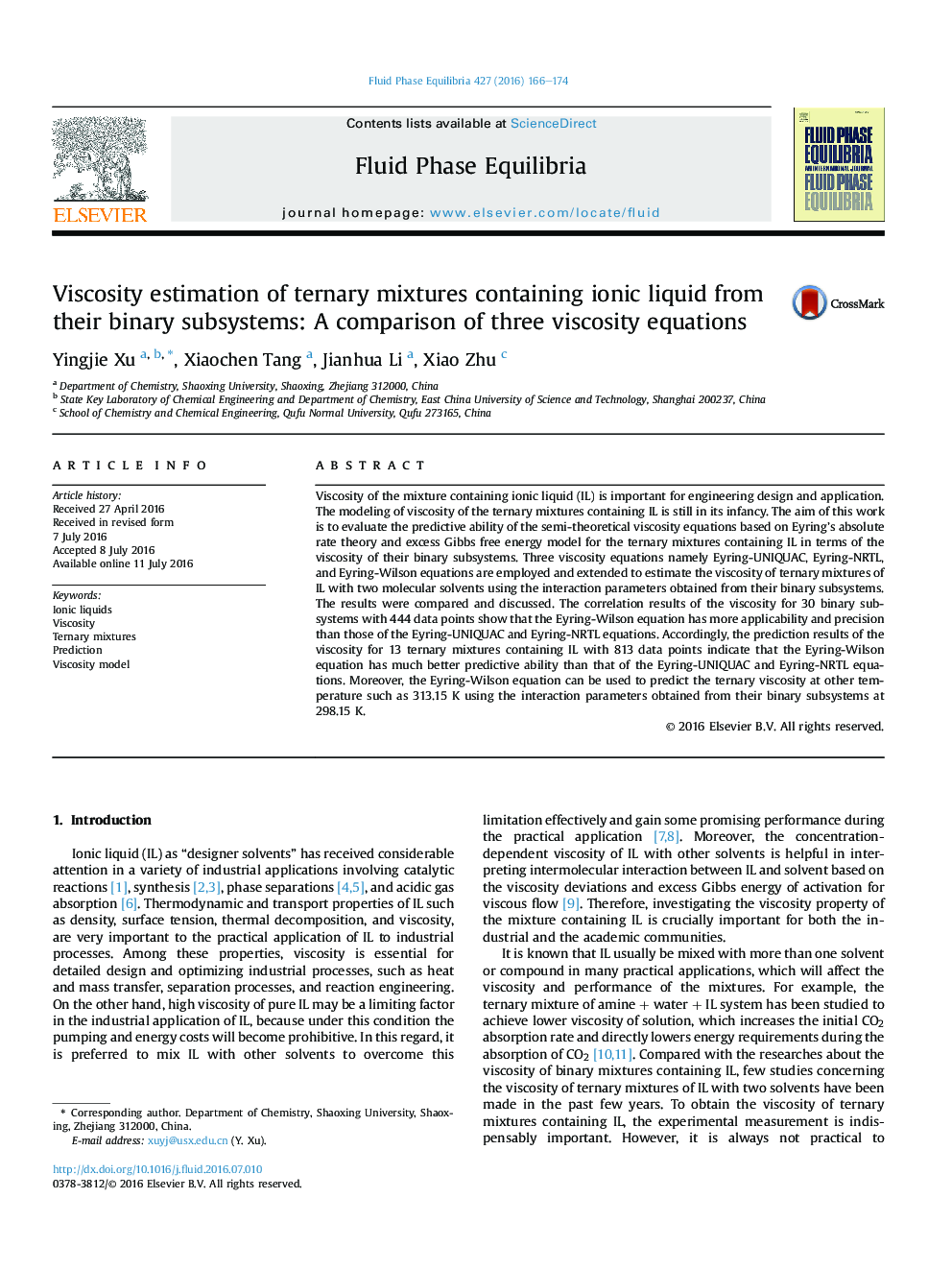 Viscosity of the mixture containing ionic liquid (IL) is important for engineering design and application. The modeling of viscosity of the ternary mixtures containing IL is still in its infancy. The aim of this work is to evaluate the predictive ability of the semi-theoretical viscosity equations based on Eyring’s absolute rate theory and excess Gibbs free energy model for the ternary mixtures containing IL in terms of the viscosity of their binary subsystems. Three viscosity equations namely Eyring-UNIQUAC, Eyring-NRTL, and Eyring-Wilson equations are employed and extended to estimate the viscosity of ternary mixtures of IL with two molecular solvents using the interaction parameters obtained from their binary subsystems. The results were compared and discussed. The correlation results of the viscosity for 30 binary subsystems with 444 data points show that the Eyring-Wilson equation has more applicability and precision than those of the Eyring-UNIQUAC and Eyring-NRTL equations. Accordingly, the prediction results of the viscosity for 13 ternary mixtures containing IL with 813 data points indicate that the Eyring-Wilson equation has much better predictive ability than that of the Eyring-UNIQUAC and Eyring-NRTL equations. Moreover, the Eyring-Wilson equation can be used to predict the ternary viscosity at other temperature such as 313.15 K using the interaction parameters obtained from their binary subsystems at 298.15 K.