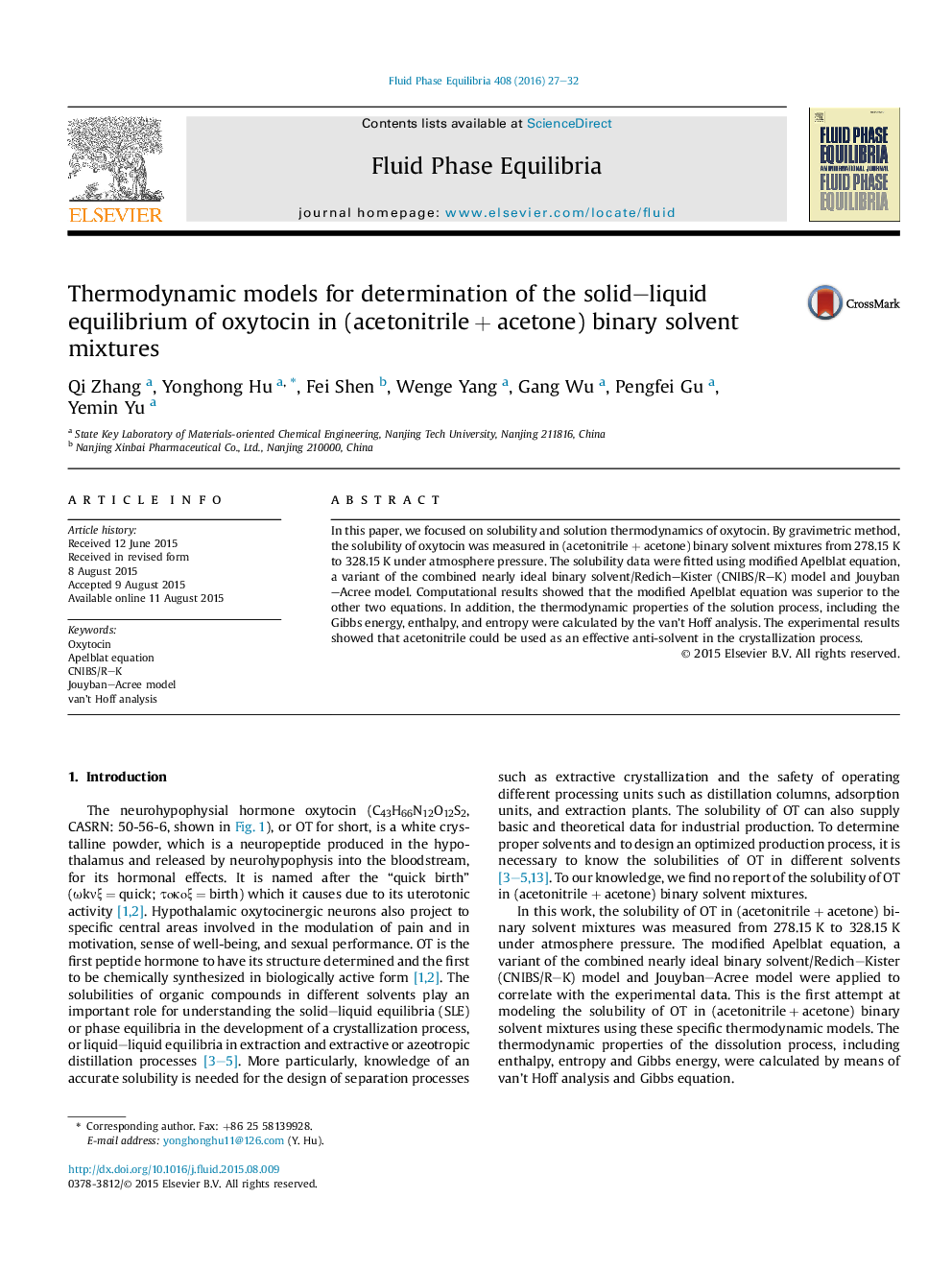 • The solubility decreased with the rise of the ratio of the acetonitrile.
• The solubility data were fitted using Apelblat equation, CNIBS/R–K and JA model firstly.
• The Gibbs energy, enthalpy and entropy were calculated by the van’t Hoff analysis firstly.

In this paper, we focused on solubility and solution thermodynamics of oxytocin. By gravimetric method, the solubility of oxytocin was measured in (acetonitrile + acetone) binary solvent mixtures from 278.15 K to 328.15 K under atmosphere pressure. The solubility data were fitted using modified Apelblat equation, a variant of the combined nearly ideal binary solvent/Redich–Kister (CNIBS/R–K) model and Jouyban–Acree model. Computational results showed that the modified Apelblat equation was superior to the other two equations. In addition, the thermodynamic properties of the solution process, including the Gibbs energy, enthalpy, and entropy were calculated by the van’t Hoff analysis. The experimental results showed that acetonitrile could be used as an effective anti-solvent in the crystallization process.