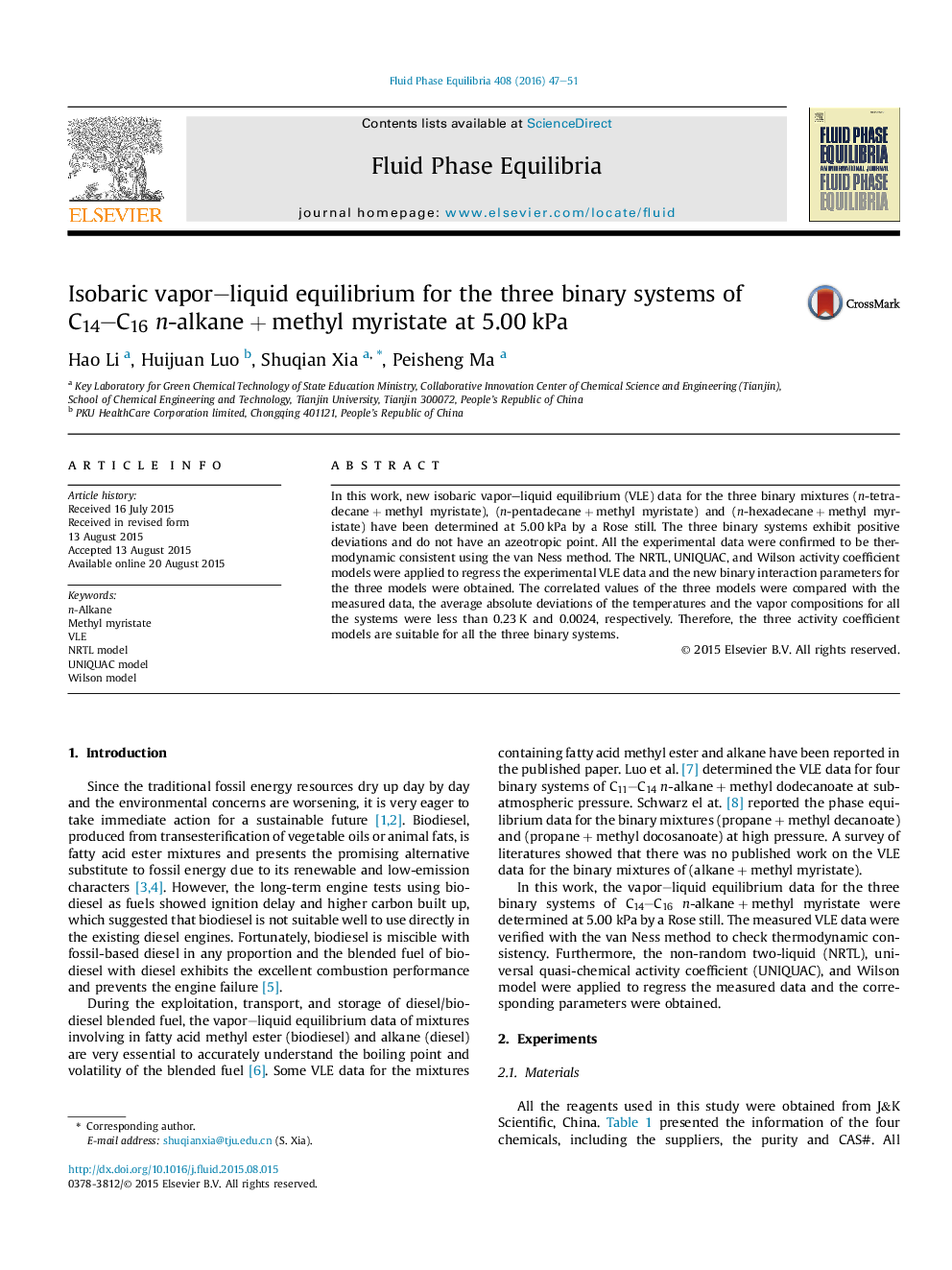 • Isobaric VLE data of three binary systems containing methyl myristate were measured.
• The new data are useful for the exploitation of diesel/biodiesel blended fuel.
• The reliability of the experimental data were confirmed by the van Ness method.
• The VLE data were correlated well by the activity coefficient models.

In this work, new isobaric vapor–liquid equilibrium (VLE) data for the three binary mixtures (n-tetradecane + methyl myristate), (n-pentadecane + methyl myristate) and (n-hexadecane + methyl myristate) have been determined at 5.00 kPa by a Rose still. The three binary systems exhibit positive deviations and do not have an azeotropic point. All the experimental data were confirmed to be thermodynamic consistent using the van Ness method. The NRTL, UNIQUAC, and Wilson activity coefficient models were applied to regress the experimental VLE data and the new binary interaction parameters for the three models were obtained. The correlated values of the three models were compared with the measured data, the average absolute deviations of the temperatures and the vapor compositions for all the systems were less than 0.23 K and 0.0024, respectively. Therefore, the three activity coefficient models are suitable for all the three binary systems.