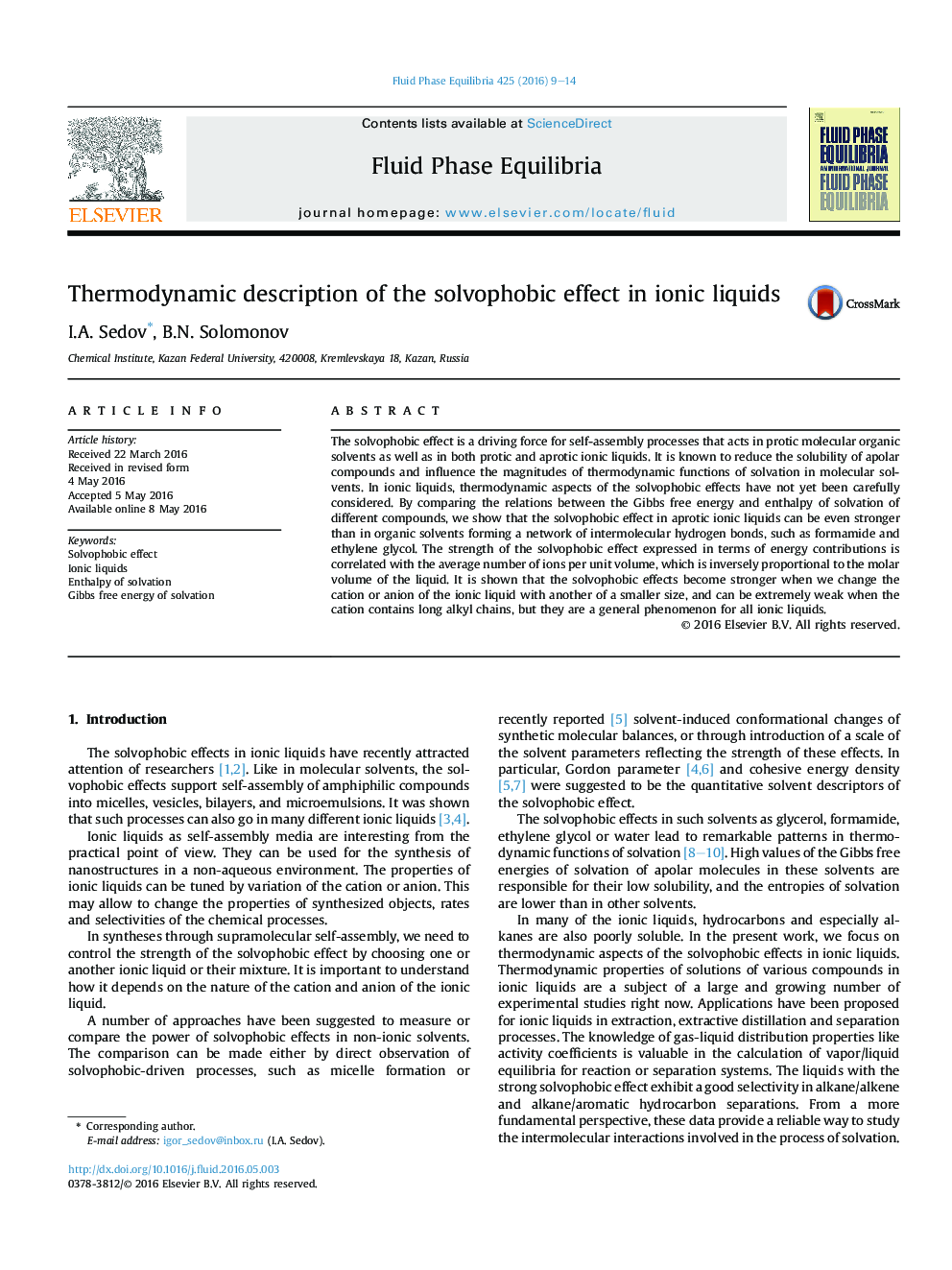 The solvophobic effect is a driving force for self-assembly processes that acts in protic molecular organic solvents as well as in both protic and aprotic ionic liquids. It is known to reduce the solubility of apolar compounds and influence the magnitudes of thermodynamic functions of solvation in molecular solvents. In ionic liquids, thermodynamic aspects of the solvophobic effects have not yet been carefully considered. By comparing the relations between the Gibbs free energy and enthalpy of solvation of different compounds, we show that the solvophobic effect in aprotic ionic liquids can be even stronger than in organic solvents forming a network of intermolecular hydrogen bonds, such as formamide and ethylene glycol. The strength of the solvophobic effect expressed in terms of energy contributions is correlated with the average number of ions per unit volume, which is inversely proportional to the molar volume of the liquid. It is shown that the solvophobic effects become stronger when we change the cation or anion of the ionic liquid with another of a smaller size, and can be extremely weak when the cation contains long alkyl chains, but they are a general phenomenon for all ionic liquids.