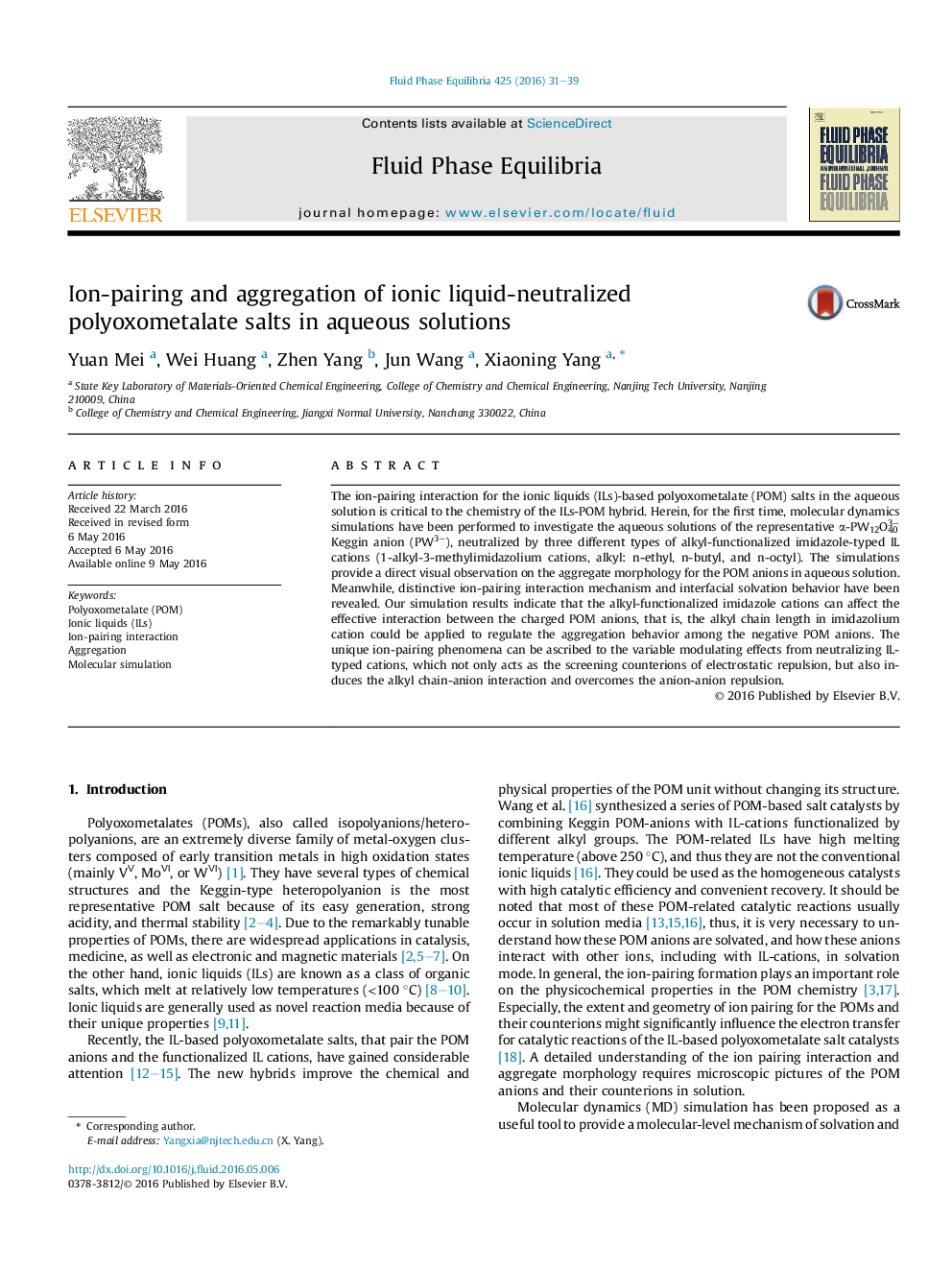 • The ion-pairing interaction for the IL-POM hybrid was revealed.
• The aggregation for the POM anions could be regulated through IL counterions.
• The interfacial solvation for the ILs-based POM salts was simulated.

The ion-pairing interaction for the ionic liquids (ILs)-based polyoxometalate (POM) salts in the aqueous solution is critical to the chemistry of the ILs-POM hybrid. Herein, for the first time, molecular dynamics simulations have been performed to investigate the aqueous solutions of the representative α-PW12O403− Keggin anion (PW3−), neutralized by three different types of alkyl-functionalized imidazole-typed IL cations (1-alkyl-3-methylimidazolium cations, alkyl: n-ethyl, n-butyl, and n-octyl). The simulations provide a direct visual observation on the aggregate morphology for the POM anions in aqueous solution. Meanwhile, distinctive ion-pairing interaction mechanism and interfacial solvation behavior have been revealed. Our simulation results indicate that the alkyl-functionalized imidazole cations can affect the effective interaction between the charged POM anions, that is, the alkyl chain length in imidazolium cation could be applied to regulate the aggregation behavior among the negative POM anions. The unique ion-pairing phenomena can be ascribed to the variable modulating effects from neutralizing IL-typed cations, which not only acts as the screening counterions of electrostatic repulsion, but also induces the alkyl chain-anion interaction and overcomes the anion-anion repulsion.