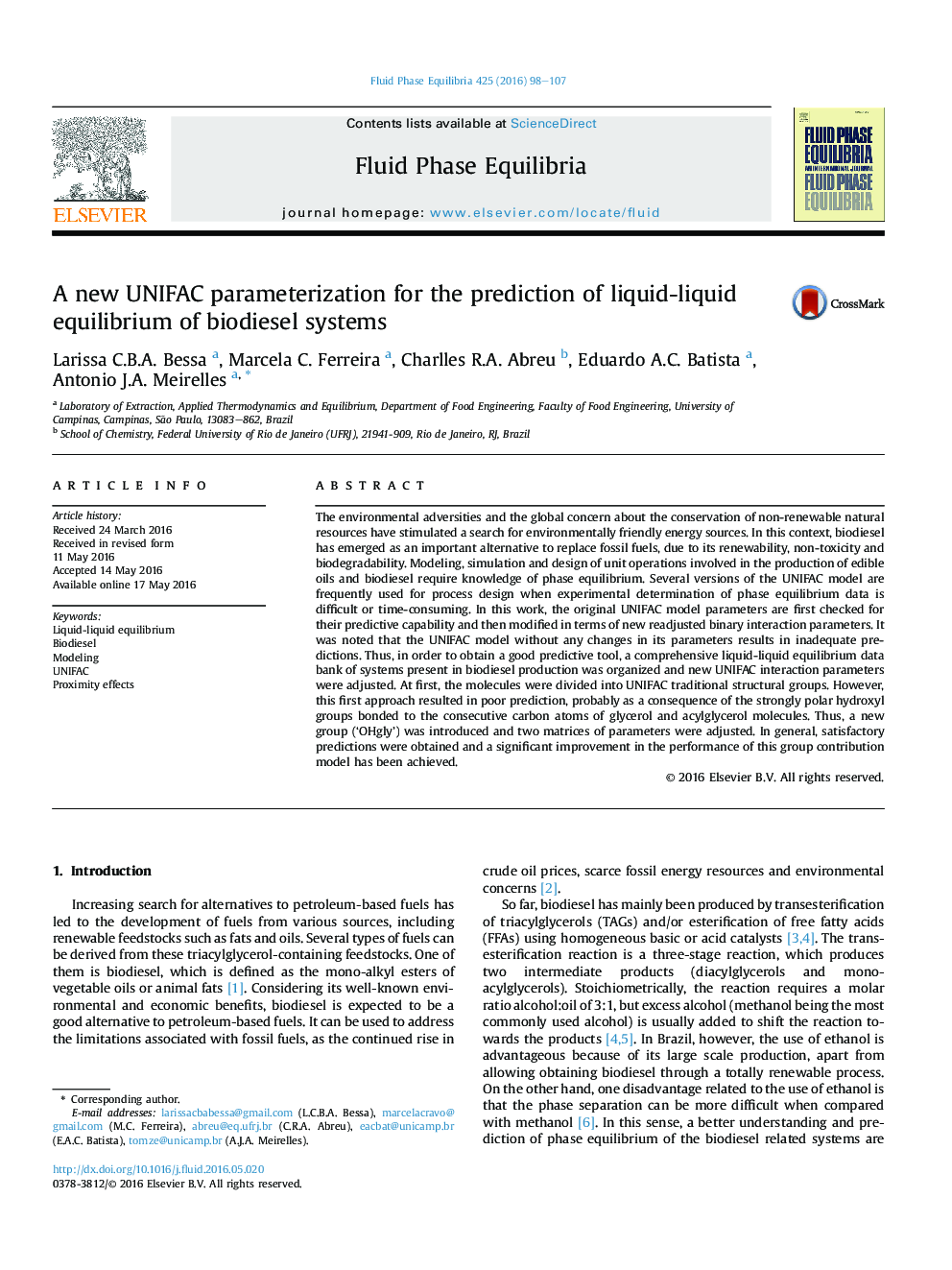 • The actual behavior of the transesterification systems involved in the biodiesel production was more accurately described.
• UNIFAC model without any changes in their parameters may give unsatisfactory predictions for biodiesel systems.
• A new structural group was introduced due to proximity effects.
• A noteworthy improvement in the predictions was observed without losing the simplicity of the group contribution method.

The environmental adversities and the global concern about the conservation of non-renewable natural resources have stimulated a search for environmentally friendly energy sources. In this context, biodiesel has emerged as an important alternative to replace fossil fuels, due to its renewability, non-toxicity and biodegradability. Modeling, simulation and design of unit operations involved in the production of edible oils and biodiesel require knowledge of phase equilibrium. Several versions of the UNIFAC model are frequently used for process design when experimental determination of phase equilibrium data is difficult or time-consuming. In this work, the original UNIFAC model parameters are first checked for their predictive capability and then modified in terms of new readjusted binary interaction parameters. It was noted that the UNIFAC model without any changes in its parameters results in inadequate predictions. Thus, in order to obtain a good predictive tool, a comprehensive liquid-liquid equilibrium data bank of systems present in biodiesel production was organized and new UNIFAC interaction parameters were adjusted. At first, the molecules were divided into UNIFAC traditional structural groups. However, this first approach resulted in poor prediction, probably as a consequence of the strongly polar hydroxyl groups bonded to the consecutive carbon atoms of glycerol and acylglycerol molecules. Thus, a new group (‘OHgly’) was introduced and two matrices of parameters were adjusted. In general, satisfactory predictions were obtained and a significant improvement in the performance of this group contribution model has been achieved.