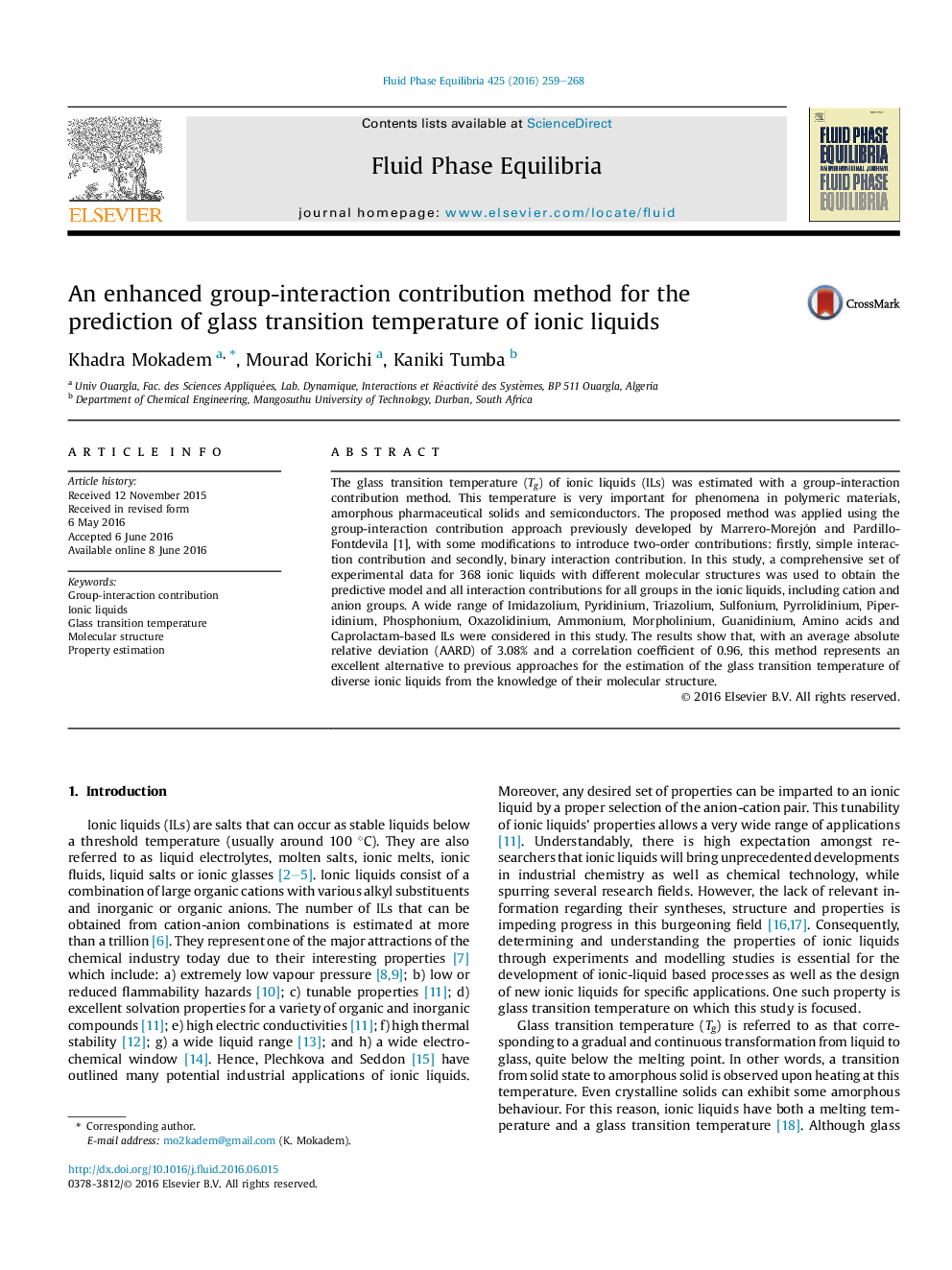 The glass transition temperature (Tg) of ionic liquids (ILs) was estimated with a group-interaction contribution method. This temperature is very important for phenomena in polymeric materials, amorphous pharmaceutical solids and semiconductors. The proposed method was applied using the group-interaction contribution approach previously developed by Marrero-Morejón and Pardillo-Fontdevila [1], with some modifications to introduce two-order contributions: firstly, simple interaction contribution and secondly, binary interaction contribution. In this study, a comprehensive set of experimental data for 368 ionic liquids with different molecular structures was used to obtain the predictive model and all interaction contributions for all groups in the ionic liquids, including cation and anion groups. A wide range of Imidazolium, Pyridinium, Triazolium, Sulfonium, Pyrrolidinium, Piperidinium, Phosphonium, Oxazolidinium, Ammonium, Morpholinium, Guanidinium, Amino acids and Caprolactam-based ILs were considered in this study. The results show that, with an average absolute relative deviation (AARD) of 3.08% and a correlation coefficient of 0.96, this method represents an excellent alternative to previous approaches for the estimation of the glass transition temperature of diverse ionic liquids from the knowledge of their molecular structure.