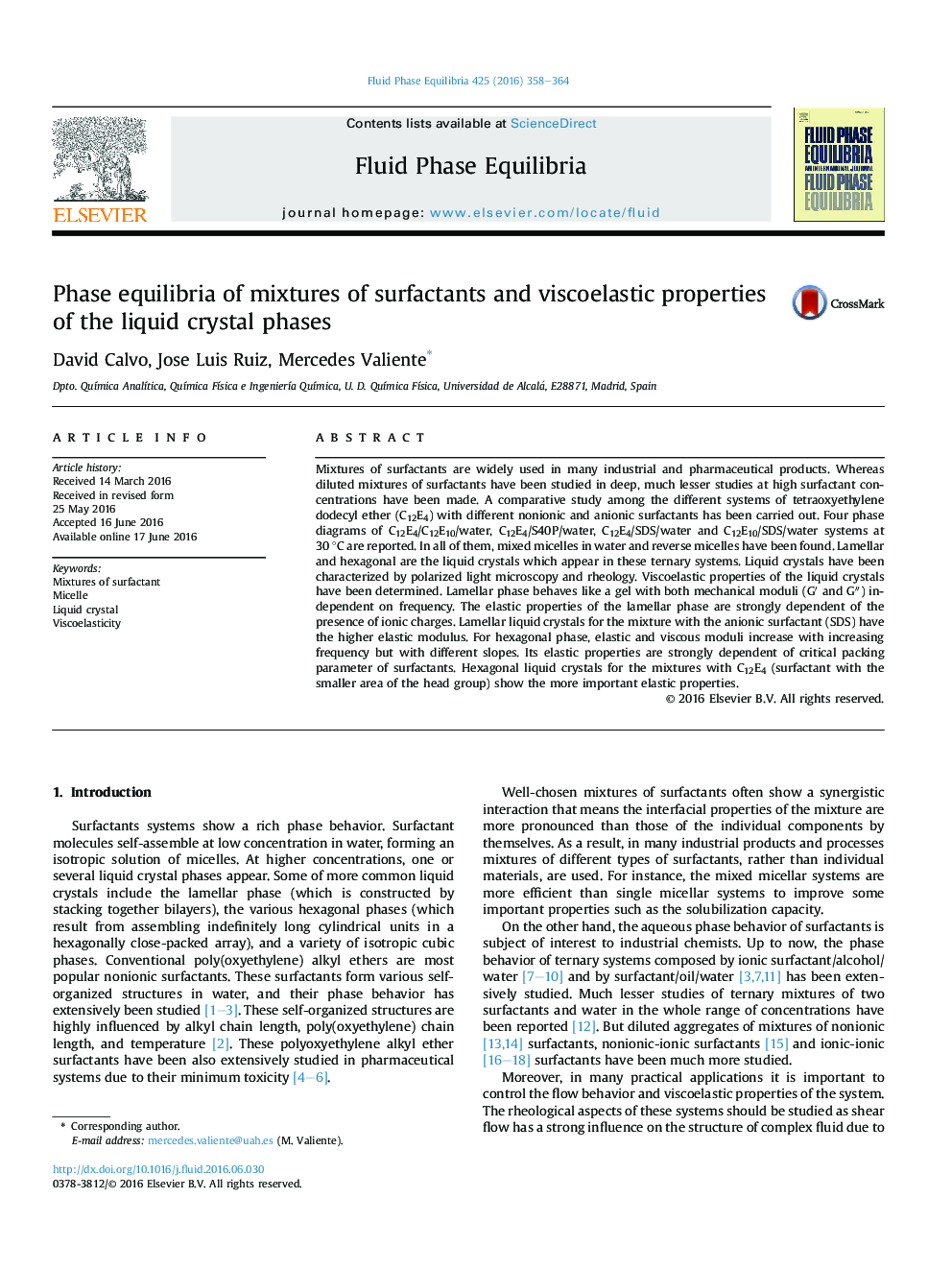 Mixtures of surfactants are widely used in many industrial and pharmaceutical products. Whereas diluted mixtures of surfactants have been studied in deep, much lesser studies at high surfactant concentrations have been made. A comparative study among the different systems of tetraoxyethylene dodecyl ether (C12E4) with different nonionic and anionic surfactants has been carried out. Four phase diagrams of C12E4/C12E10/water, C12E4/S40P/water, C12E4/SDS/water and C12E10/SDS/water systems at 30 °C are reported. In all of them, mixed micelles in water and reverse micelles have been found. Lamellar and hexagonal are the liquid crystals which appear in these ternary systems. Liquid crystals have been characterized by polarized light microscopy and rheology. Viscoelastic properties of the liquid crystals have been determined. Lamellar phase behaves like a gel with both mechanical moduli (G′ and G″) independent on frequency. The elastic properties of the lamellar phase are strongly dependent of the presence of ionic charges. Lamellar liquid crystals for the mixture with the anionic surfactant (SDS) have the higher elastic modulus. For hexagonal phase, elastic and viscous moduli increase with increasing frequency but with different slopes. Its elastic properties are strongly dependent of critical packing parameter of surfactants. Hexagonal liquid crystals for the mixtures with C12E4 (surfactant with the smaller area of the head group) show the more important elastic properties.