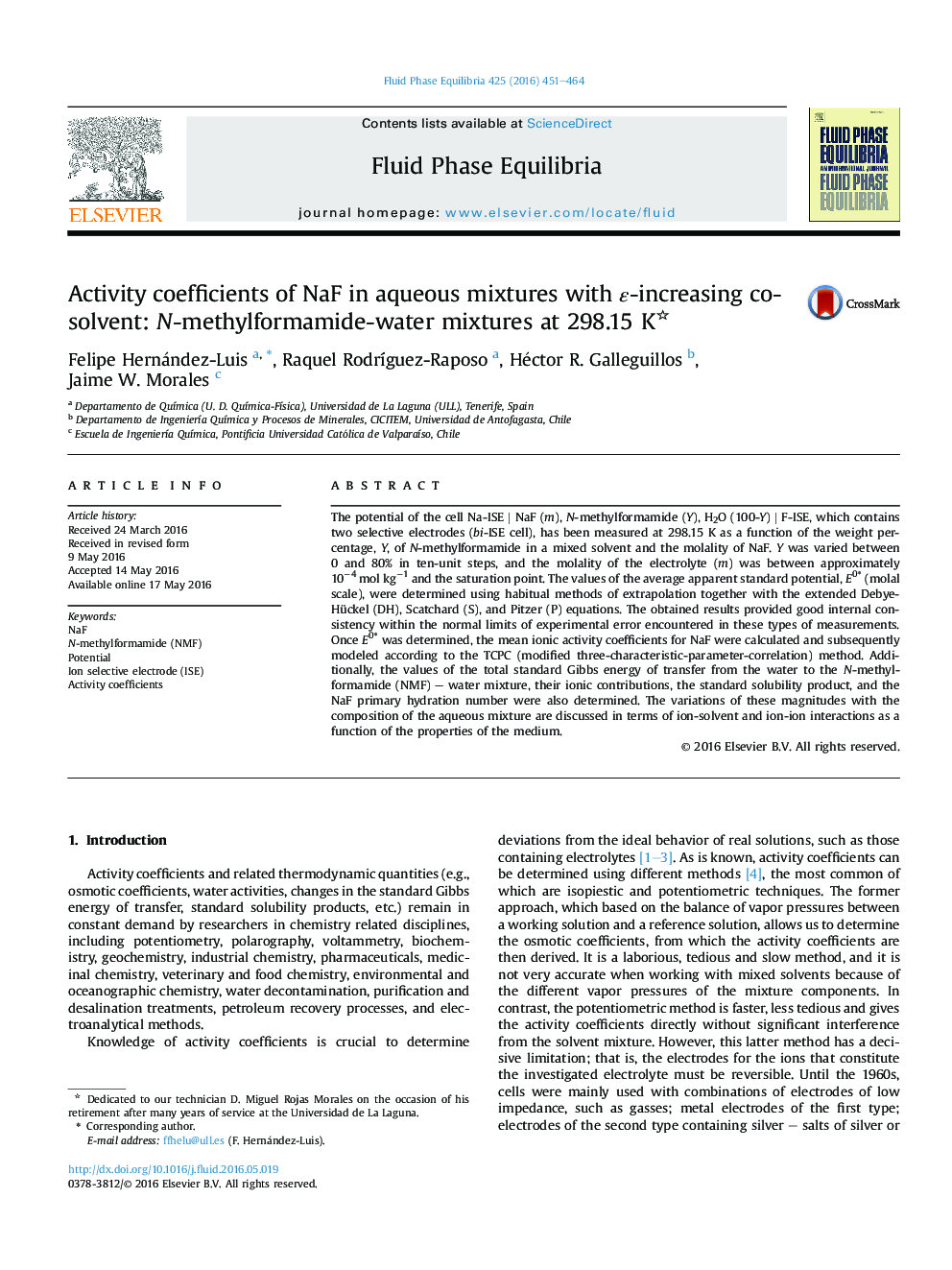 • Cells bi-ISE are used to obtain thermodynamic data.
• NaF in NMF-water mixtures with ε-increasing co-solvent are study at 298.15 K.
• Three models are applied to describe the behavior of the electrolyte studied.
• A simple methodology was developed to obtain the maximum possible information (Ksp, ΔGt0, ks, etc).
• Dependence of the thermodynamics quantity with the characteristic constants of co-solvent is observed.

The potential of the cell Na-ISE | NaF (m), N-methylformamide (Y), H2O (100-Y) | F-ISE, which contains two selective electrodes (bi-ISE cell), has been measured at 298.15 K as a function of the weight percentage, Y, of N-methylformamide in a mixed solvent and the molality of NaF. Y was varied between 0 and 80% in ten-unit steps, and the molality of the electrolyte (m) was between approximately 10−4 mol kg−1 and the saturation point. The values of the average apparent standard potential, E0∗ (molal scale), were determined using habitual methods of extrapolation together with the extended Debye-Hückel (DH), Scatchard (S), and Pitzer (P) equations. The obtained results provided good internal consistency within the normal limits of experimental error encountered in these types of measurements. Once E0∗ was determined, the mean ionic activity coefficients for NaF were calculated and subsequently modeled according to the TCPC (modified three-characteristic-parameter-correlation) method. Additionally, the values of the total standard Gibbs energy of transfer from the water to the N-methylformamide (NMF) – water mixture, their ionic contributions, the standard solubility product, and the NaF primary hydration number were also determined. The variations of these magnitudes with the composition of the aqueous mixture are discussed in terms of ion-solvent and ion-ion interactions as a function of the properties of the medium.