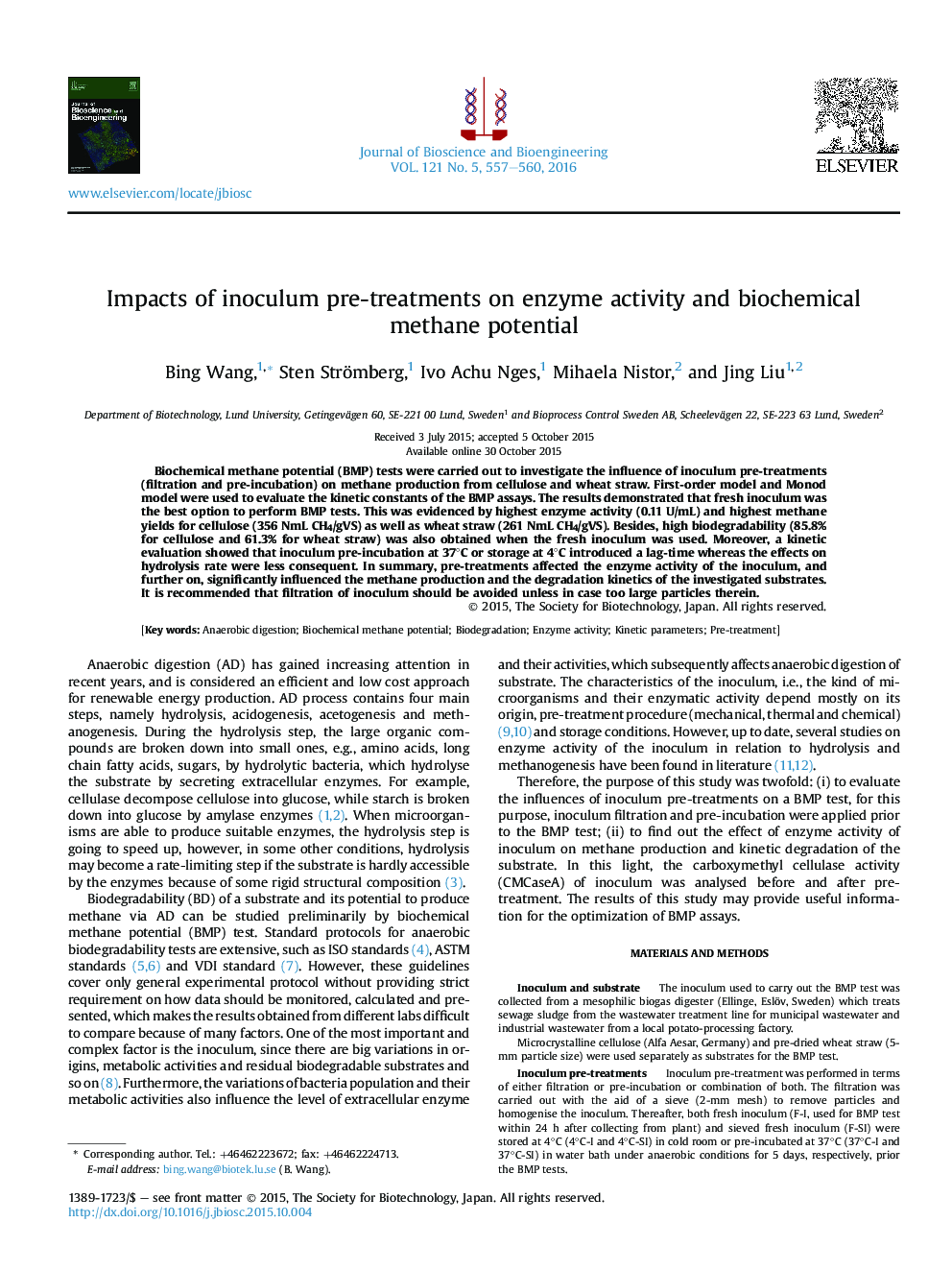 • Inoculum pre-treatments affect kinetic profiles of substrates significantly.
• Methane yield of substrate correlate positively to the enzyme activity of inoculum.
• Inoculum filtration should be avoided to prevent the loss of microorganisms.
• Use of fresh inoculum in biochemical methane potential test is recommended.

Biochemical methane potential (BMP) tests were carried out to investigate the influence of inoculum pre-treatments (filtration and pre-incubation) on methane production from cellulose and wheat straw. First-order model and Monod model were used to evaluate the kinetic constants of the BMP assays. The results demonstrated that fresh inoculum was the best option to perform BMP tests. This was evidenced by highest enzyme activity (0.11 U/mL) and highest methane yields for cellulose (356 NmL CH4/gVS) as well as wheat straw (261 NmL CH4/gVS). Besides, high biodegradability (85.8% for cellulose and 61.3% for wheat straw) was also obtained when the fresh inoculum was used. Moreover, a kinetic evaluation showed that inoculum pre-incubation at 37°C or storage at 4°C introduced a lag-time whereas the effects on hydrolysis rate were less consequent. In summary, pre-treatments affected the enzyme activity of the inoculum, and further on, significantly influenced the methane production and the degradation kinetics of the investigated substrates. It is recommended that filtration of inoculum should be avoided unless in case too large particles therein.