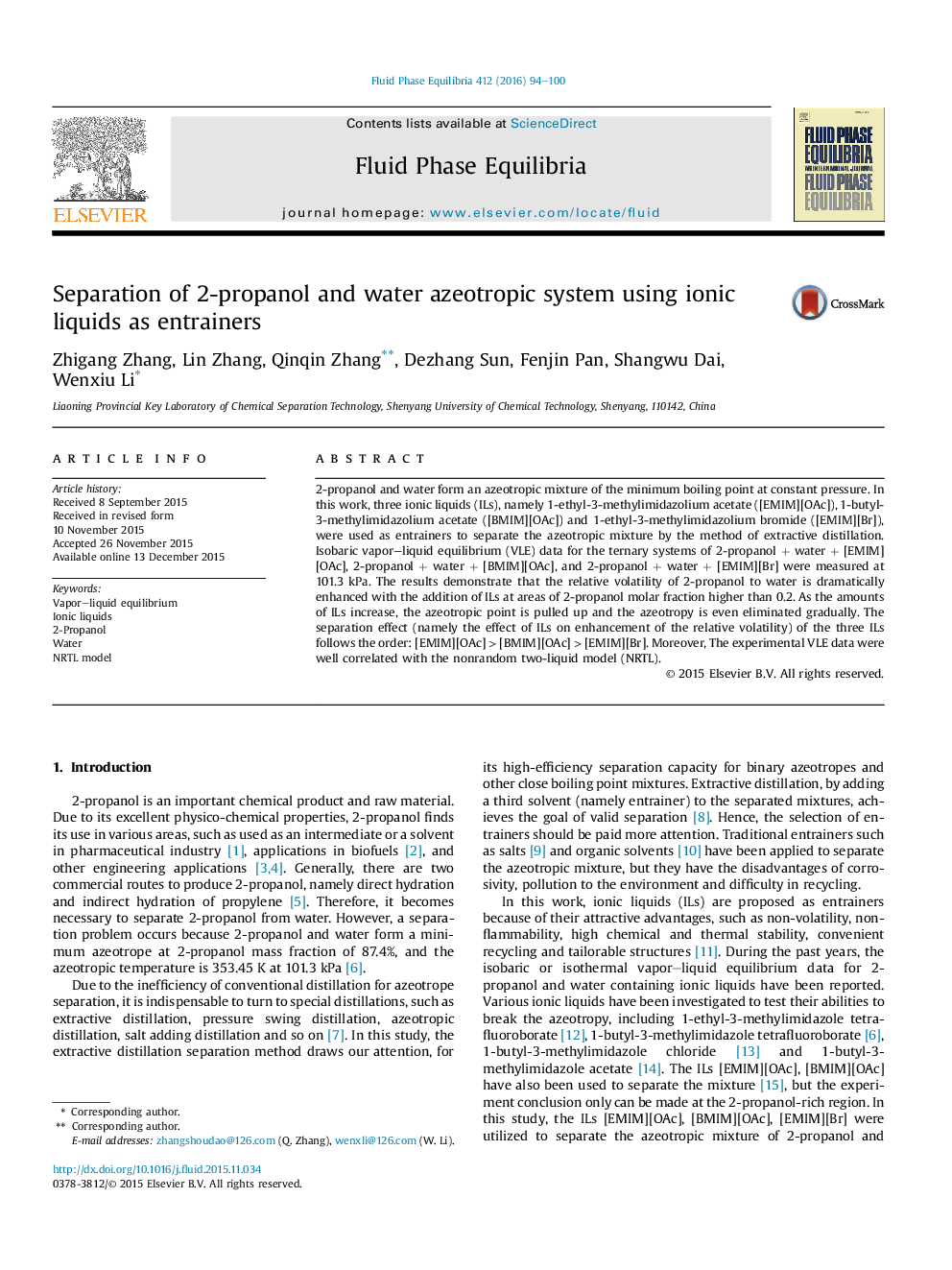 2-propanol and water form an azeotropic mixture of the minimum boiling point at constant pressure. In this work, three ionic liquids (ILs), namely 1-ethyl-3-methylimidazolium acetate ([EMIM][OAc]), 1-butyl-3-methylimidazolium acetate ([BMIM][OAc]) and 1-ethyl-3-methylimidazolium bromide ([EMIM][Br]), were used as entrainers to separate the azeotropic mixture by the method of extractive distillation. Isobaric vapor–liquid equilibrium (VLE) data for the ternary systems of 2-propanol + water + [EMIM][OAc], 2-propanol + water + [BMIM][OAc], and 2-propanol + water + [EMIM][Br] were measured at 101.3 kPa. The results demonstrate that the relative volatility of 2-propanol to water is dramatically enhanced with the addition of ILs at areas of 2-propanol molar fraction higher than 0.2. As the amounts of ILs increase, the azeotropic point is pulled up and the azeotropy is even eliminated gradually. The separation effect (namely the effect of ILs on enhancement of the relative volatility) of the three ILs follows the order: [EMIM][OAc] > [BMIM][OAc] > [EMIM][Br]. Moreover, The experimental VLE data were well correlated with the nonrandom two-liquid model (NRTL).