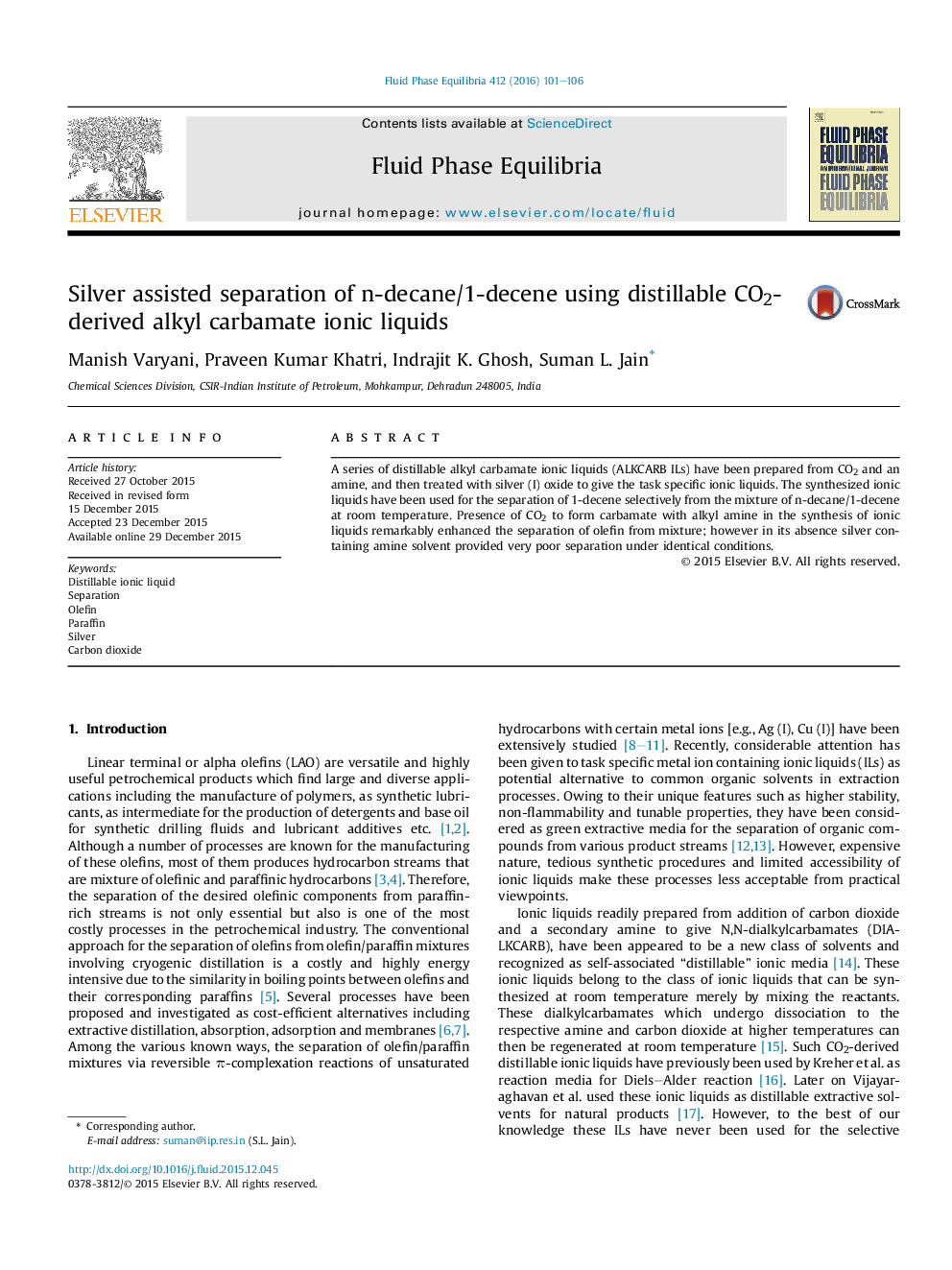 A series of distillable alkyl carbamate ionic liquids (ALKCARB ILs) have been prepared from CO2 and an amine, and then treated with silver (I) oxide to give the task specific ionic liquids. The synthesized ionic liquids have been used for the separation of 1-decene selectively from the mixture of n-decane/1-decene at room temperature. Presence of CO2 to form carbamate with alkyl amine in the synthesis of ionic liquids remarkably enhanced the separation of olefin from mixture; however in its absence silver containing amine solvent provided very poor separation under identical conditions.