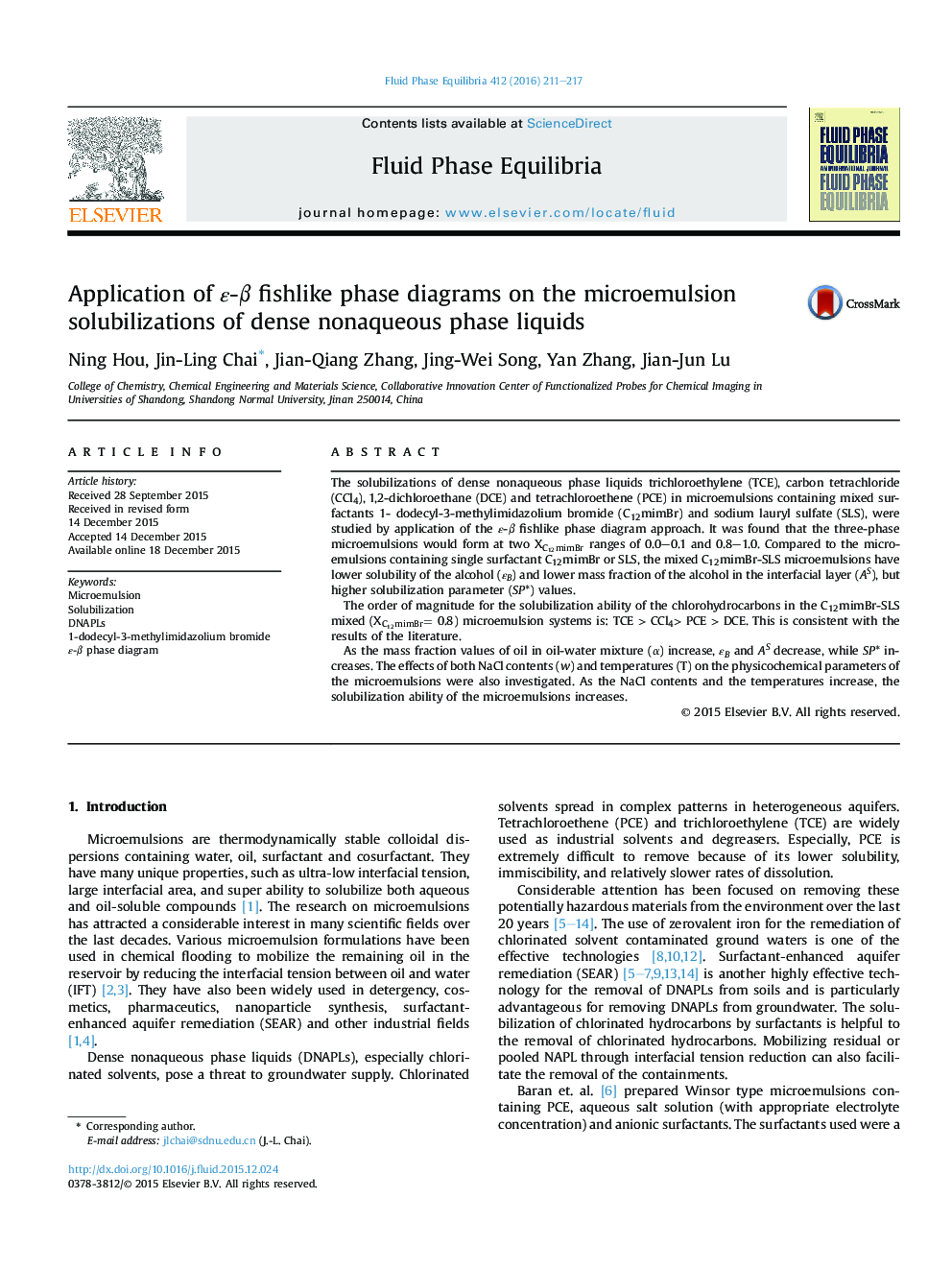 • The ε-β phase diagram was used to investigate the phase behavior of microemulsions.
• The solubilizations of some nonaqueous phase liquids in microemulsions were studied.
• Synergistic effect between C12mimBr and SDS in the microemulsions was examined.