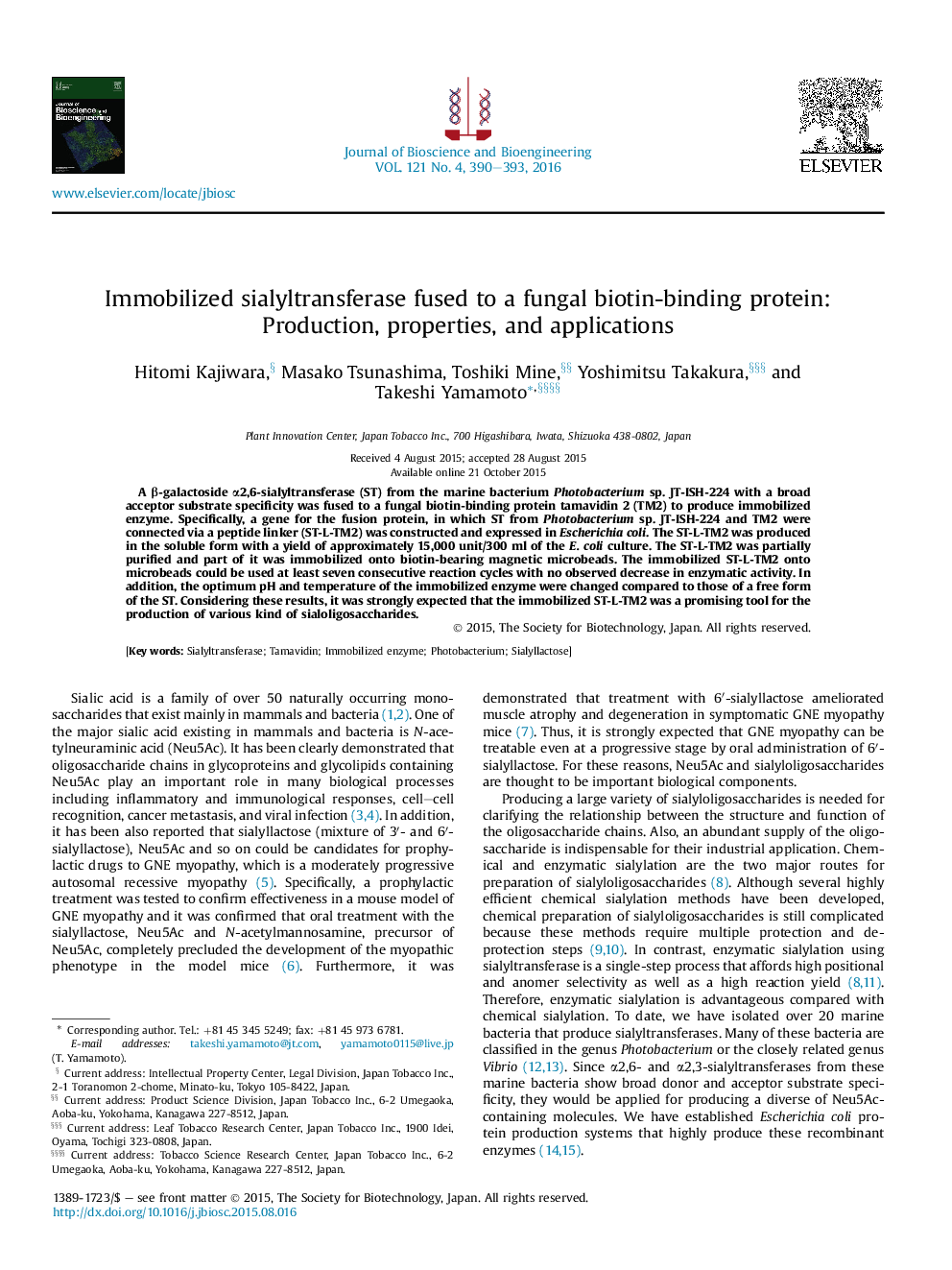 A β-galactoside α2,6-sialyltransferase (ST) from the marine bacterium Photobacterium sp. JT-ISH-224 with a broad acceptor substrate specificity was fused to a fungal biotin-binding protein tamavidin 2 (TM2) to produce immobilized enzyme. Specifically, a gene for the fusion protein, in which ST from Photobacterium sp. JT-ISH-224 and TM2 were connected via a peptide linker (ST-L-TM2) was constructed and expressed in Escherichia coli. The ST-L-TM2 was produced in the soluble form with a yield of approximately 15,000 unit/300 ml of the E. coli culture. The ST-L-TM2 was partially purified and part of it was immobilized onto biotin-bearing magnetic microbeads. The immobilized ST-L-TM2 onto microbeads could be used at least seven consecutive reaction cycles with no observed decrease in enzymatic activity. In addition, the optimum pH and temperature of the immobilized enzyme were changed compared to those of a free form of the ST. Considering these results, it was strongly expected that the immobilized ST-L-TM2 was a promising tool for the production of various kind of sialoligosaccharides.