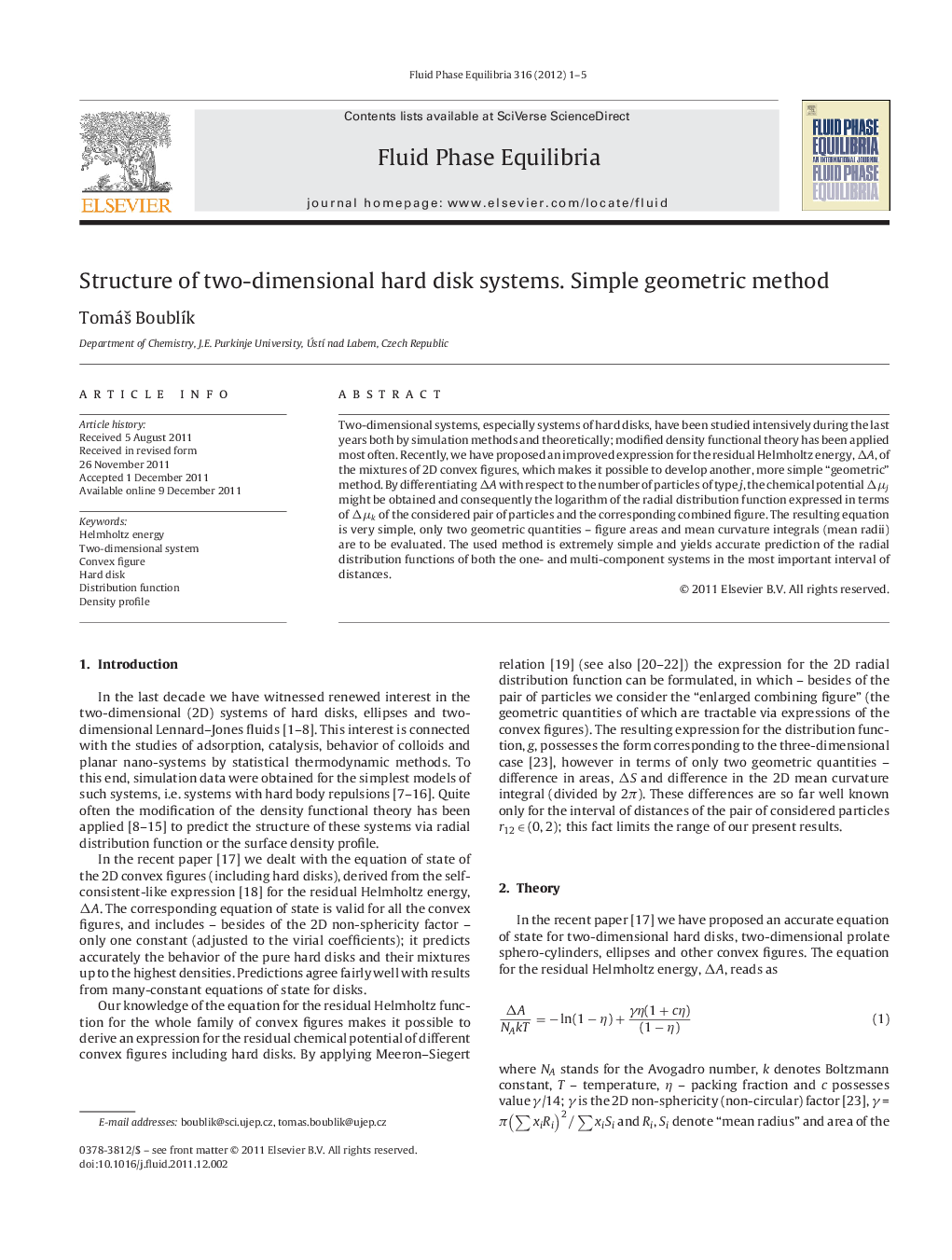 Two-dimensional systems, especially systems of hard disks, have been studied intensively during the last years both by simulation methods and theoretically; modified density functional theory has been applied most often. Recently, we have proposed an improved expression for the residual Helmholtz energy, ΔA, of the mixtures of 2D convex figures, which makes it possible to develop another, more simple “geometric” method. By differentiating ΔA with respect to the number of particles of type j, the chemical potential Δμj might be obtained and consequently the logarithm of the radial distribution function expressed in terms of Δμk of the considered pair of particles and the corresponding combined figure. The resulting equation is very simple, only two geometric quantities – figure areas and mean curvature integrals (mean radii) are to be evaluated. The used method is extremely simple and yields accurate prediction of the radial distribution functions of both the one- and multi-component systems in the most important interval of distances.

► Structure of two-dimensional hard disks is desribed by the radial distribution function.
► Logarithm of rdf is determined from chem. potential of 2 hard disks and a combined hard figure.
► Chem. potentials are expressed in terms of mean radii and figure areas.
► Predictions of rdf or density profile agree well with simulation data for pure disks and mixtures.