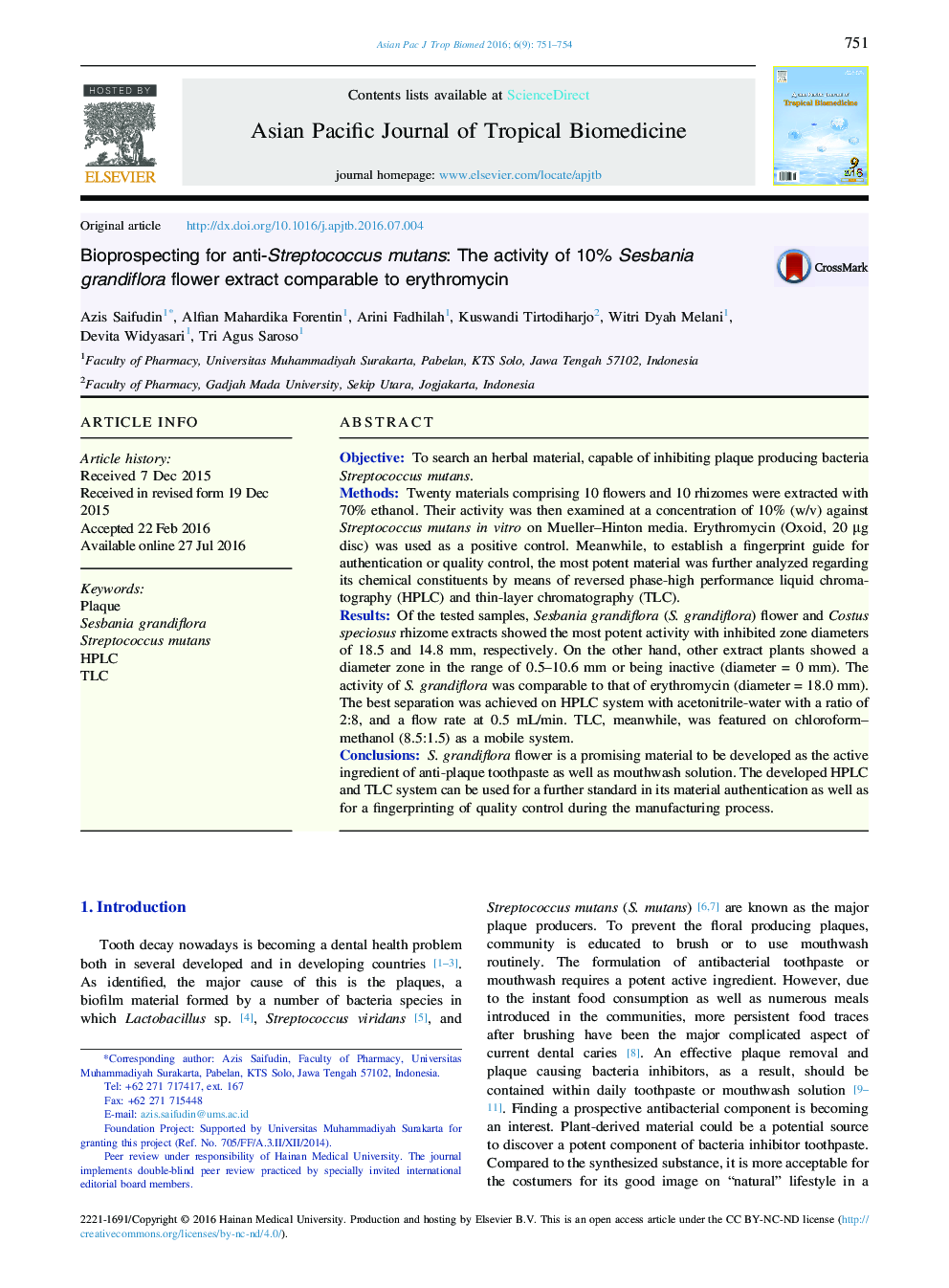 ObjectiveTo search an herbal material, capable of inhibiting plaque producing bacteria Streptococcus mutans.MethodsTwenty materials comprising 10 flowers and 10 rhizomes were extracted with 70% ethanol. Their activity was then examined at a concentration of 10% (w/v) against Streptococcus mutans in vitro on Mueller–Hinton media. Erythromycin (Oxoid, 20 μg disc) was used as a positive control. Meanwhile, to establish a fingerprint guide for authentication or quality control, the most potent material was further analyzed regarding its chemical constituents by means of reversed phase-high performance liquid chromatography (HPLC) and thin-layer chromatography (TLC).ResultsOf the tested samples, Sesbania grandiflora (S. grandiflora) flower and Costus speciosus rhizome extracts showed the most potent activity with inhibited zone diameters of 18.5 and 14.8 mm, respectively. On the other hand, other extract plants showed a diameter zone in the range of 0.5–10.6 mm or being inactive (diameter = 0 mm). The activity of S. grandiflora was comparable to that of erythromycin (diameter = 18.0 mm). The best separation was achieved on HPLC system with acetonitrile-water with a ratio of 2:8, and a flow rate at 0.5 mL/min. TLC, meanwhile, was featured on chloroform–methanol (8.5:1.5) as a mobile system.ConclusionsS. grandiflora flower is a promising material to be developed as the active ingredient of anti-plaque toothpaste as well as mouthwash solution. The developed HPLC and TLC system can be used for a further standard in its material authentication as well as for a fingerprinting of quality control during the manufacturing process.