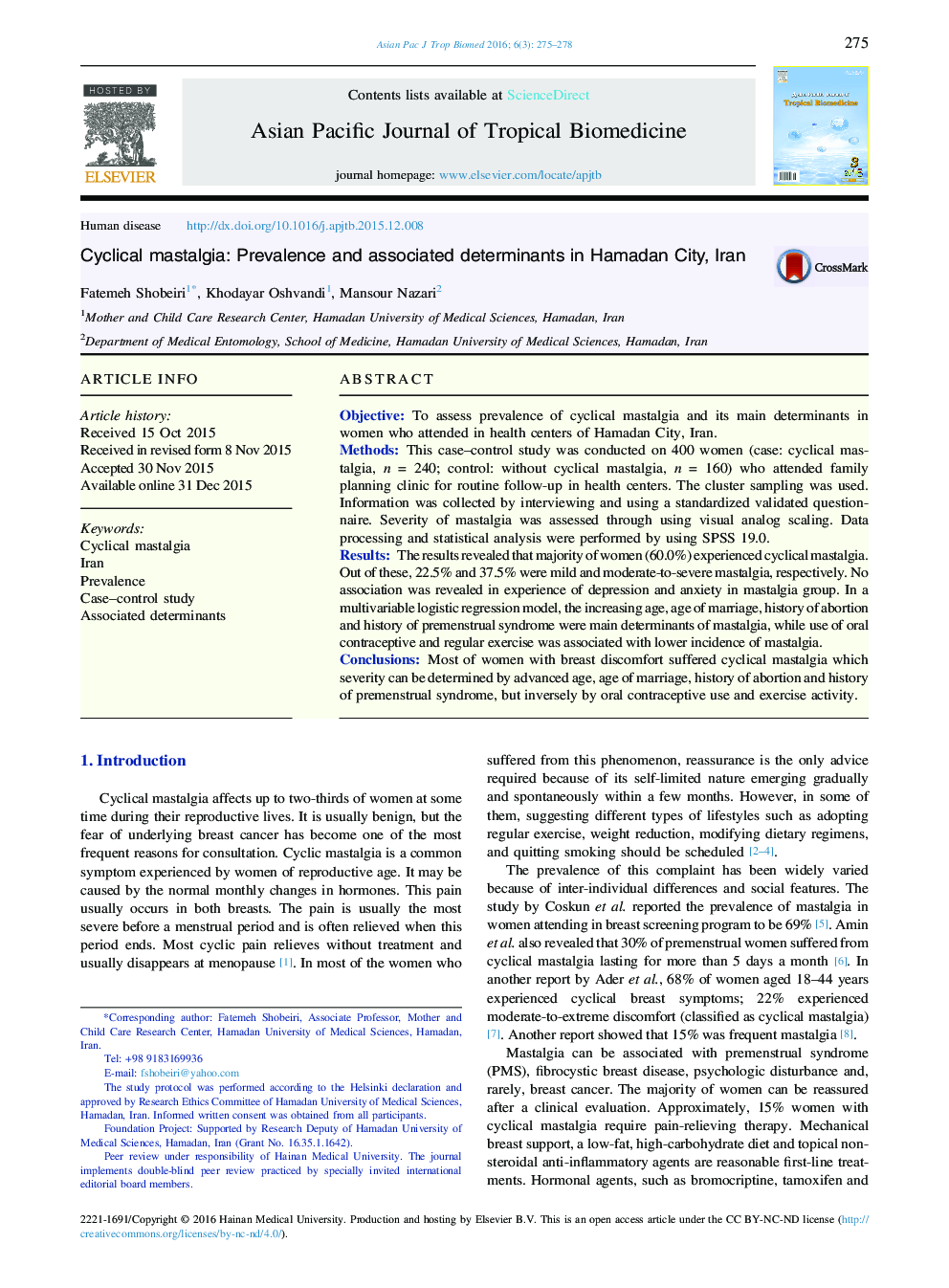 ObjectiveTo assess prevalence of cyclical mastalgia and its main determinants in women who attended in health centers of Hamadan City, Iran.MethodsThis case–control study was conducted on 400 women (case: cyclical mastalgia, n = 240; control: without cyclical mastalgia, n = 160) who attended family planning clinic for routine follow-up in health centers. The cluster sampling was used. Information was collected by interviewing and using a standardized validated questionnaire. Severity of mastalgia was assessed through using visual analog scaling. Data processing and statistical analysis were performed by using SPSS 19.0.ResultsThe results revealed that majority of women (60.0%) experienced cyclical mastalgia. Out of these, 22.5% and 37.5% were mild and moderate-to-severe mastalgia, respectively. No association was revealed in experience of depression and anxiety in mastalgia group. In a multivariable logistic regression model, the increasing age, age of marriage, history of abortion and history of premenstrual syndrome were main determinants of mastalgia, while use of oral contraceptive and regular exercise was associated with lower incidence of mastalgia.ConclusionsMost of women with breast discomfort suffered cyclical mastalgia which severity can be determined by advanced age, age of marriage, history of abortion and history of premenstrual syndrome, but inversely by oral contraceptive use and exercise activity.