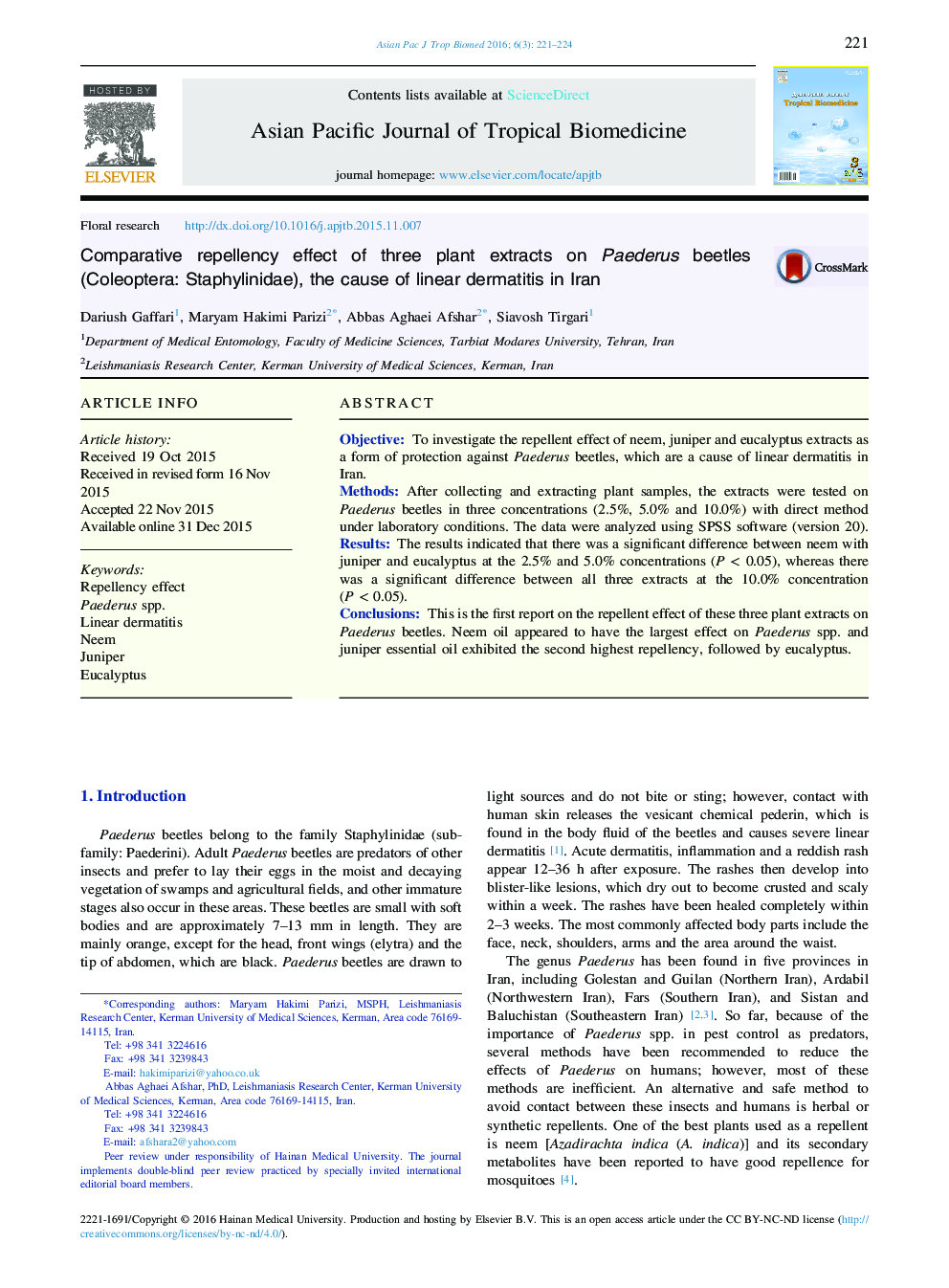 ObjectiveTo investigate the repellent effect of neem, juniper and eucalyptus extracts as a form of protection against Paederus beetles, which are a cause of linear dermatitis in Iran.MethodsAfter collecting and extracting plant samples, the extracts were tested on Paederus beetles in three concentrations (2.5%, 5.0% and 10.0%) with direct method under laboratory conditions. The data were analyzed using SPSS software (version 20).ResultsThe results indicated that there was a significant difference between neem with juniper and eucalyptus at the 2.5% and 5.0% concentrations (P < 0.05), whereas there was a significant difference between all three extracts at the 10.0% concentration (P < 0.05).ConclusionsThis is the first report on the repellent effect of these three plant extracts on Paederus beetles. Neem oil appeared to have the largest effect on Paederus spp. and juniper essential oil exhibited the second highest repellency, followed by eucalyptus.