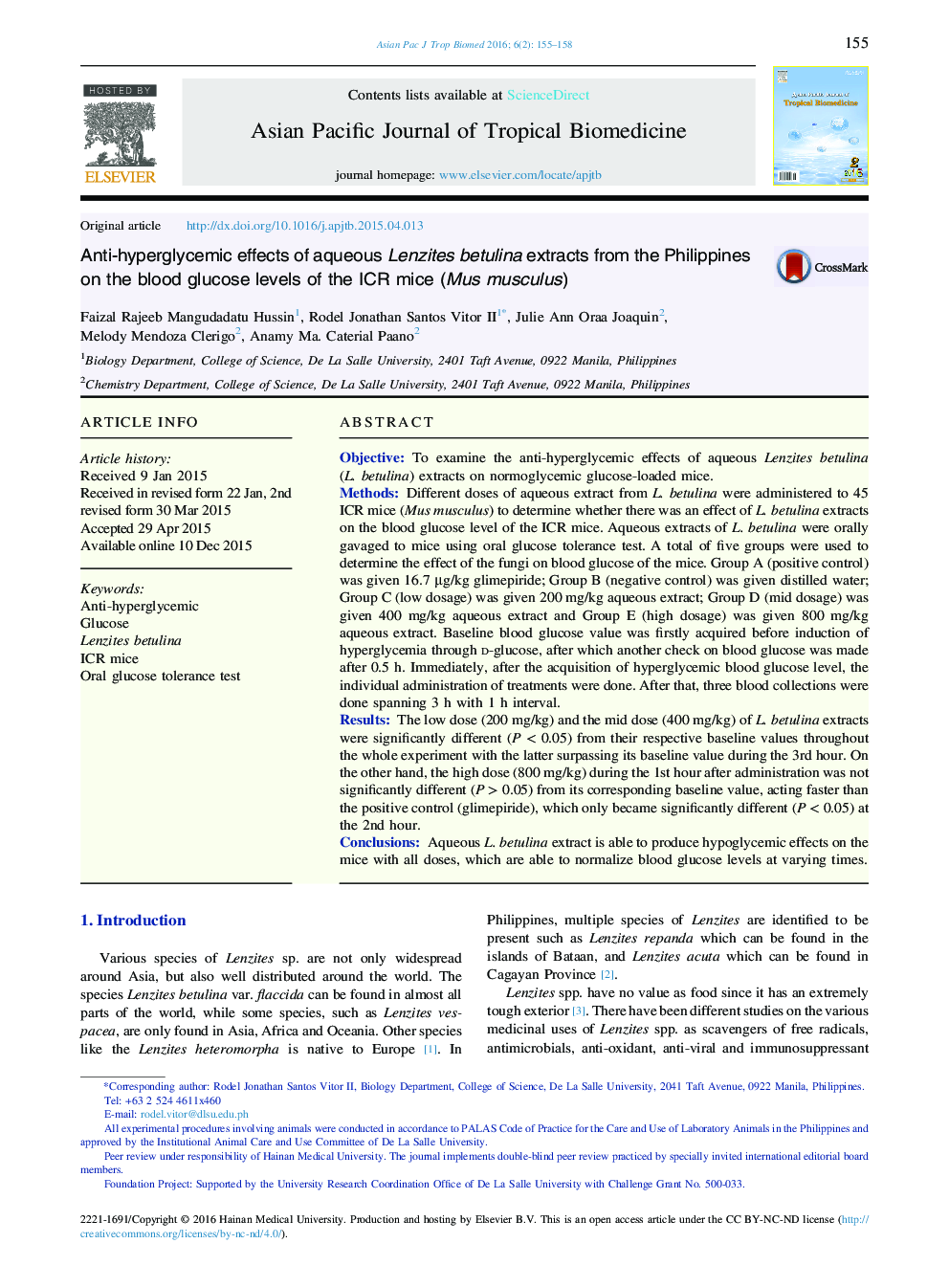 ObjectiveTo examine the anti-hyperglycemic effects of aqueous Lenzites betulina (L. betulina) extracts on normoglycemic glucose-loaded mice.MethodsDifferent doses of aqueous extract from L. betulina were administered to 45 ICR mice (Mus musculus) to determine whether there was an effect of L. betulina extracts on the blood glucose level of the ICR mice. Aqueous extracts of L. betulina were orally gavaged to mice using oral glucose tolerance test. A total of five groups were used to determine the effect of the fungi on blood glucose of the mice. Group A (positive control) was given 16.7 μg/kg glimepiride; Group B (negative control) was given distilled water; Group C (low dosage) was given 200 mg/kg aqueous extract; Group D (mid dosage) was given 400 mg/kg aqueous extract and Group E (high dosage) was given 800 mg/kg aqueous extract. Baseline blood glucose value was firstly acquired before induction of hyperglycemia through d-glucose, after which another check on blood glucose was made after 0.5 h. Immediately, after the acquisition of hyperglycemic blood glucose level, the individual administration of treatments were done. After that, three blood collections were done spanning 3 h with 1 h interval.ResultsThe low dose (200 mg/kg) and the mid dose (400 mg/kg) of L. betulina extracts were significantly different (P < 0.05) from their respective baseline values throughout the whole experiment with the latter surpassing its baseline value during the 3rd hour. On the other hand, the high dose (800 mg/kg) during the 1st hour after administration was not significantly different (P > 0.05) from its corresponding baseline value, acting faster than the positive control (glimepiride), which only became significantly different (P < 0.05) at the 2nd hour.ConclusionsAqueous L. betulina extract is able to produce hypoglycemic effects on the mice with all doses, which are able to normalize blood glucose levels at varying times.