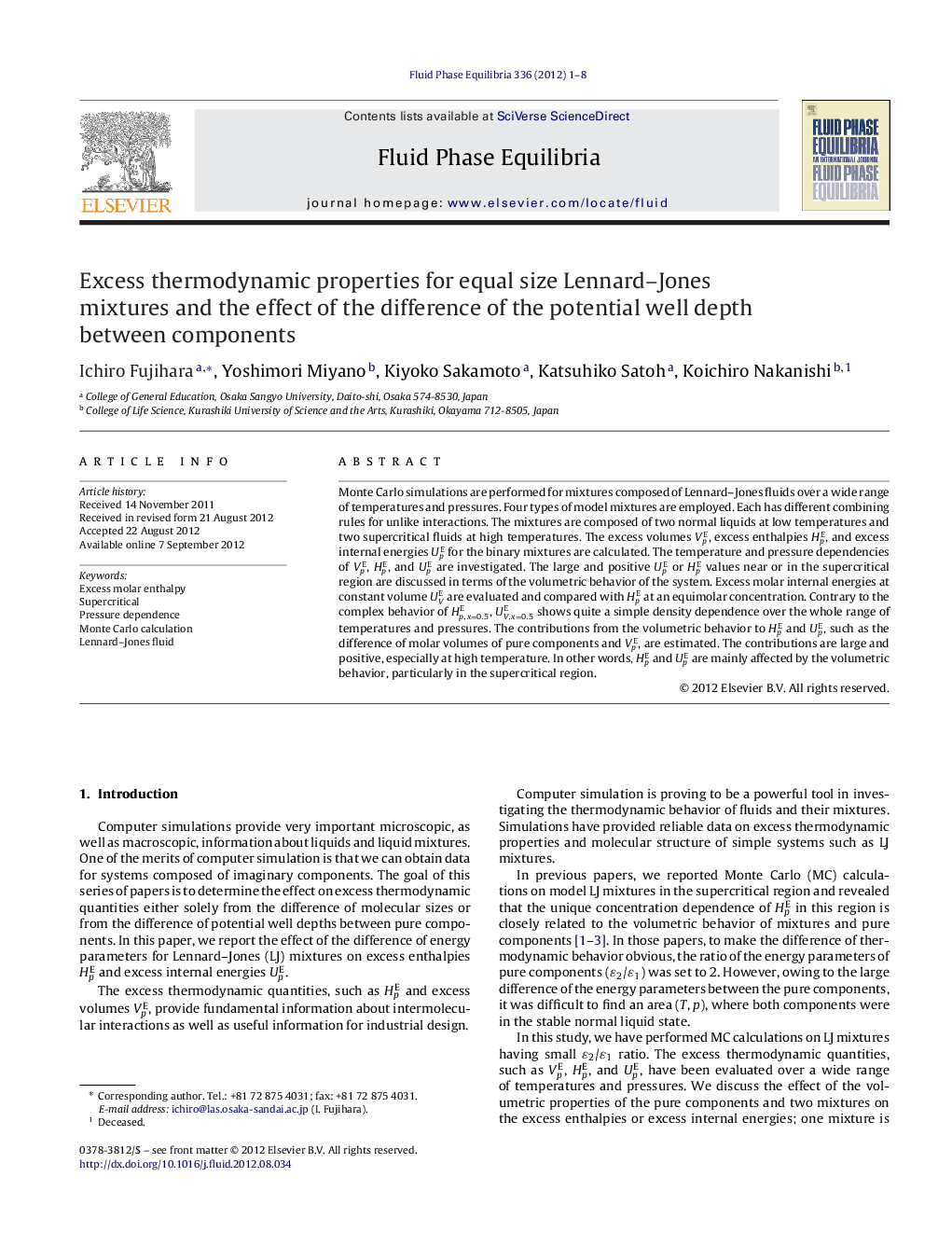 Monte Carlo simulations are performed for mixtures composed of Lennard–Jones fluids over a wide range of temperatures and pressures. Four types of model mixtures are employed. Each has different combining rules for unlike interactions. The mixtures are composed of two normal liquids at low temperatures and two supercritical fluids at high temperatures. The excess volumes VpE, excess enthalpies HpE, and excess internal energies UpE for the binary mixtures are calculated. The temperature and pressure dependencies of VpE, HpE, and UpE are investigated. The large and positive UpE or HpE values near or in the supercritical region are discussed in terms of the volumetric behavior of the system. Excess molar internal energies at constant volume UVE are evaluated and compared with HpE at an equimolar concentration. Contrary to the complex behavior of Hp,x=0.5E, UV,x=0.5E shows quite a simple density dependence over the whole range of temperatures and pressures. The contributions from the volumetric behavior to HpE and UpE, such as the difference of molar volumes of pure components and VpE, are estimated. The contributions are large and positive, especially at high temperature. In other words, HpE and UpE are mainly affected by the volumetric behavior, particularly in the supercritical region.

► The peculiar behavior of HpE near or in the supercritical region can be well represented by simple MC calculations.
► At high temperature, HpE is affected by the volumetric behavior of the system, such as differing molar volumes of the components and excess volume.
► Without such effects, UVE(Vm(po), T) for the present systems shows quite a simple behavior.