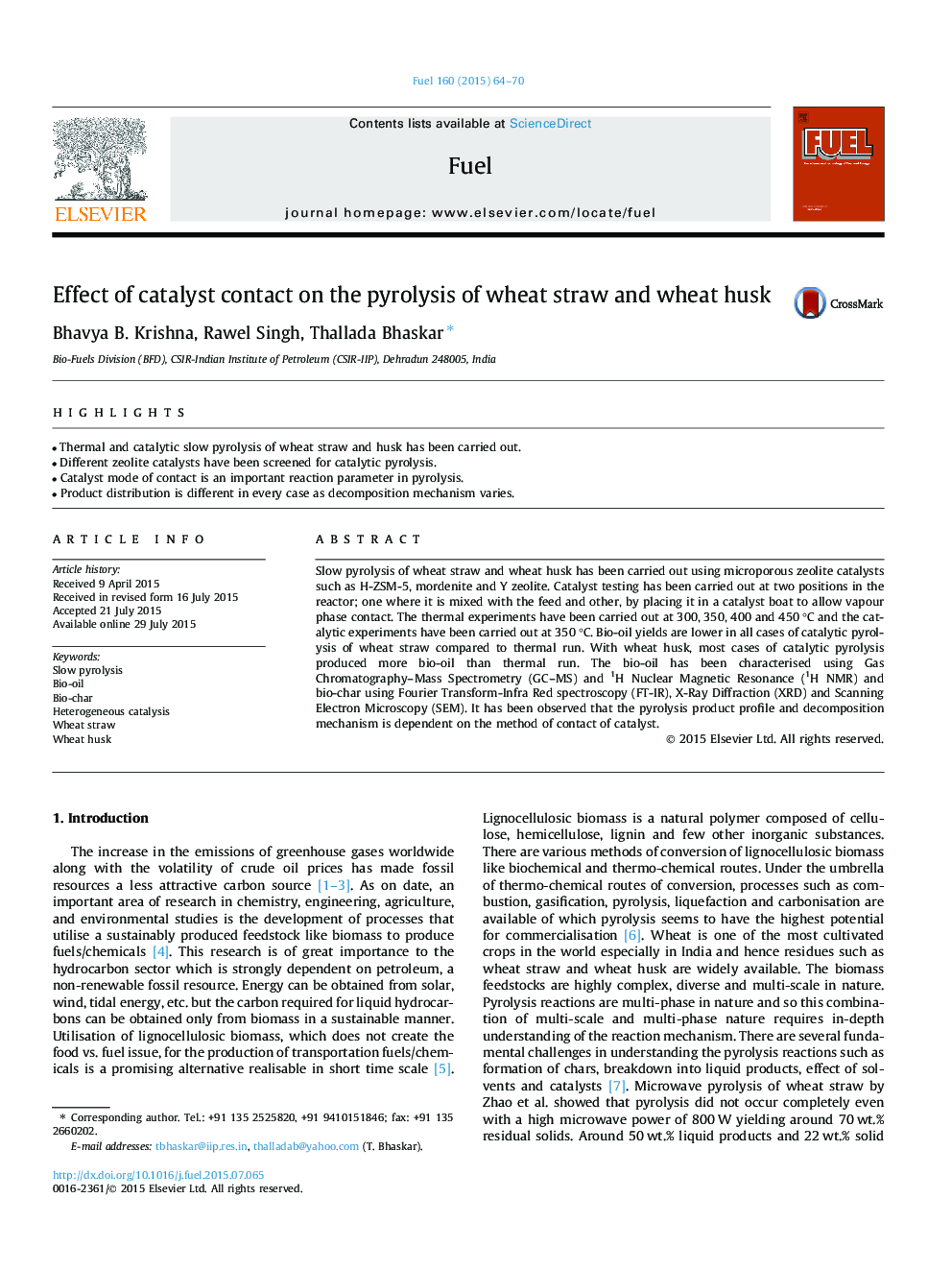 • Thermal and catalytic slow pyrolysis of wheat straw and husk has been carried out.
• Different zeolite catalysts have been screened for catalytic pyrolysis.
• Catalyst mode of contact is an important reaction parameter in pyrolysis.
• Product distribution is different in every case as decomposition mechanism varies.

Slow pyrolysis of wheat straw and wheat husk has been carried out using microporous zeolite catalysts such as H-ZSM-5, mordenite and Y zeolite. Catalyst testing has been carried out at two positions in the reactor; one where it is mixed with the feed and other, by placing it in a catalyst boat to allow vapour phase contact. The thermal experiments have been carried out at 300, 350, 400 and 450 °C and the catalytic experiments have been carried out at 350 °C. Bio-oil yields are lower in all cases of catalytic pyrolysis of wheat straw compared to thermal run. With wheat husk, most cases of catalytic pyrolysis produced more bio-oil than thermal run. The bio-oil has been characterised using Gas Chromatography–Mass Spectrometry (GC–MS) and 1H Nuclear Magnetic Resonance (1H NMR) and bio-char using Fourier Transform-Infra Red spectroscopy (FT-IR), X-Ray Diffraction (XRD) and Scanning Electron Microscopy (SEM). It has been observed that the pyrolysis product profile and decomposition mechanism is dependent on the method of contact of catalyst.