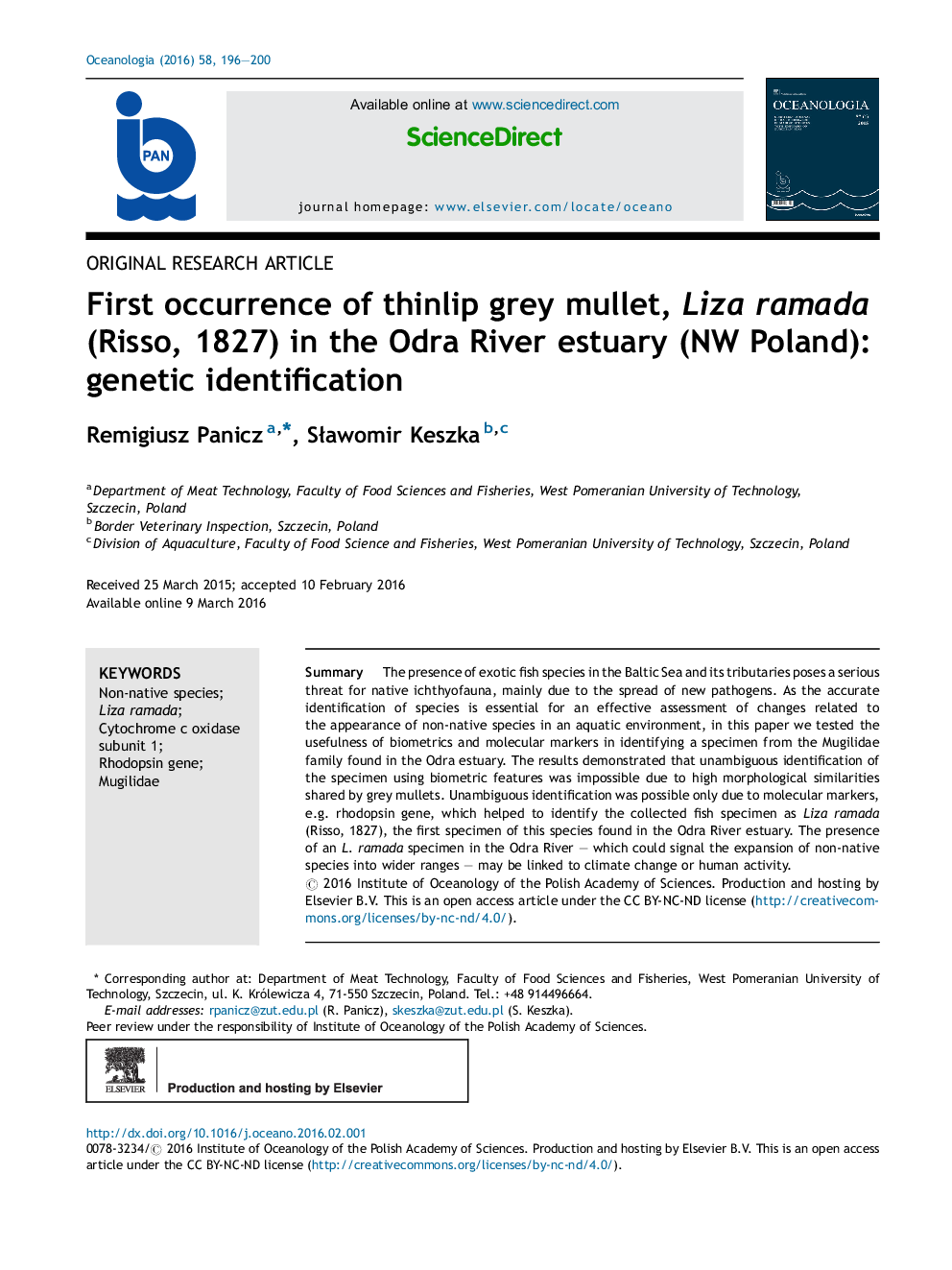 SummaryThe presence of exotic fish species in the Baltic Sea and its tributaries poses a serious threat for native ichthyofauna, mainly due to the spread of new pathogens. As the accurate identification of species is essential for an effective assessment of changes related to the appearance of non-native species in an aquatic environment, in this paper we tested the usefulness of biometrics and molecular markers in identifying a specimen from the Mugilidae family found in the Odra estuary. The results demonstrated that unambiguous identification of the specimen using biometric features was impossible due to high morphological similarities shared by grey mullets. Unambiguous identification was possible only due to molecular markers, e.g. rhodopsin gene, which helped to identify the collected fish specimen as Liza ramada (Risso, 1827), the first specimen of this species found in the Odra River estuary. The presence of an L. ramada specimen in the Odra River – which could signal the expansion of non-native species into wider ranges – may be linked to climate change or human activity.