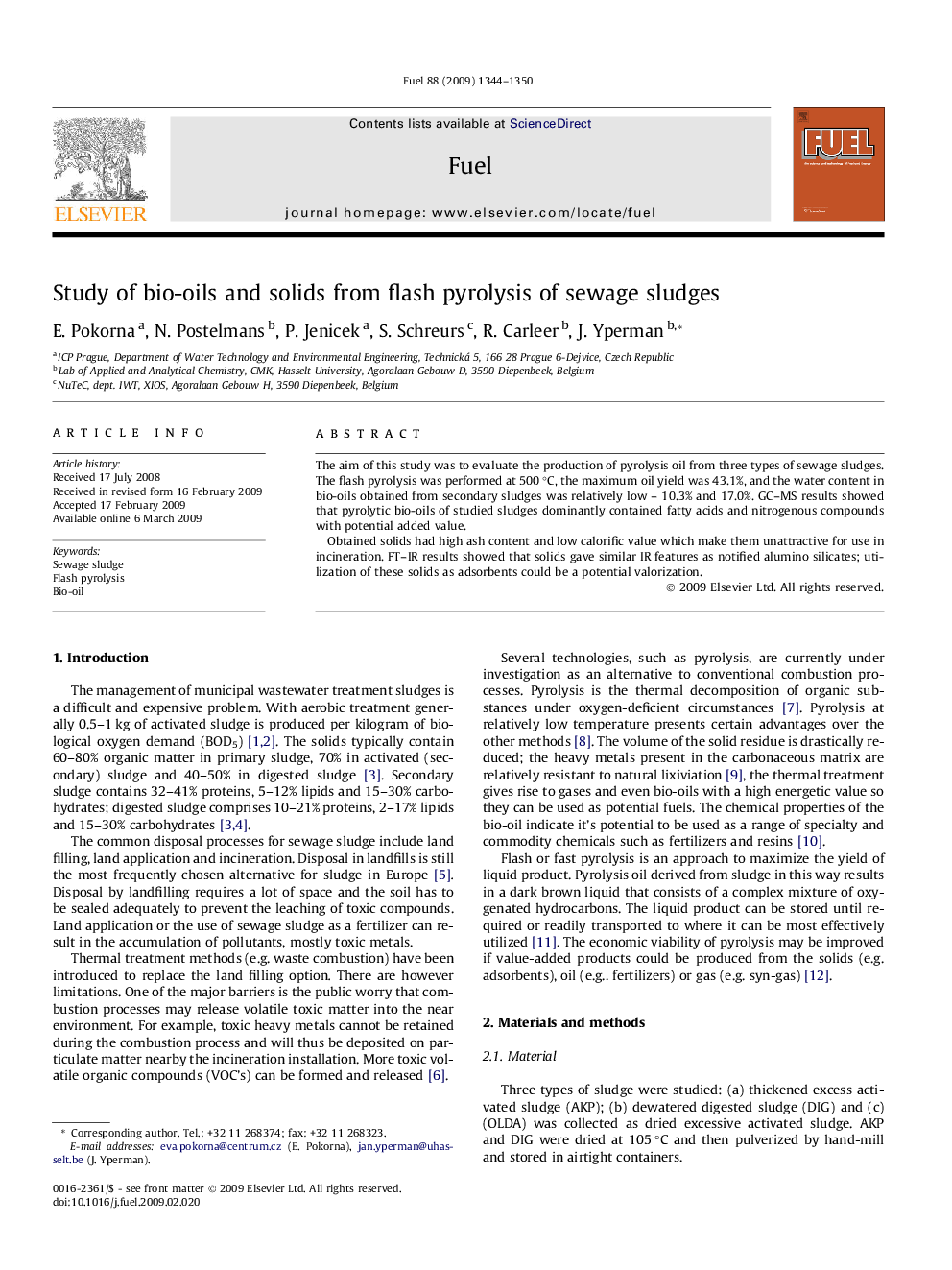 The aim of this study was to evaluate the production of pyrolysis oil from three types of sewage sludges. The flash pyrolysis was performed at 500 °C, the maximum oil yield was 43.1%, and the water content in bio-oils obtained from secondary sludges was relatively low – 10.3% and 17.0%. GC–MS results showed that pyrolytic bio-oils of studied sludges dominantly contained fatty acids and nitrogenous compounds with potential added value.Obtained solids had high ash content and low calorific value which make them unattractive for use in incineration. FT–IR results showed that solids gave similar IR features as notified alumino silicates; utilization of these solids as adsorbents could be a potential valorization.